The last 18 months have brought a number of challenges, and we’ve all had to find our own unique way to deal with them. Corry Lankford dealt with the stress by letting his mind get lost among the stars – Star Wars and Starcraft, specifically. The result is an original space station of his own design: the ST-01, a staging base where Rebel Alliance pilots vet prototype Starcraft to determine if they’re combat worthy. 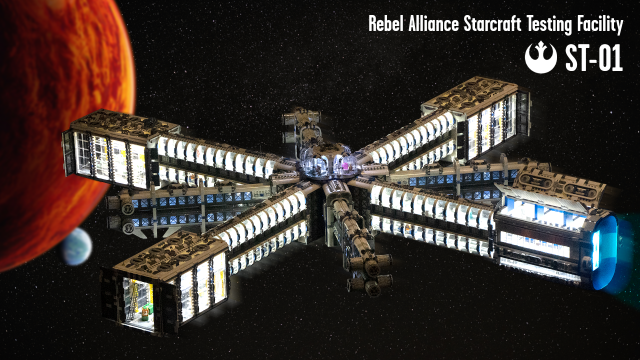 This beast of a build measures 12 feet in diameter. But you don’t really get a sense of just how big it is unless you scope these pics of Corry hard at work on it. 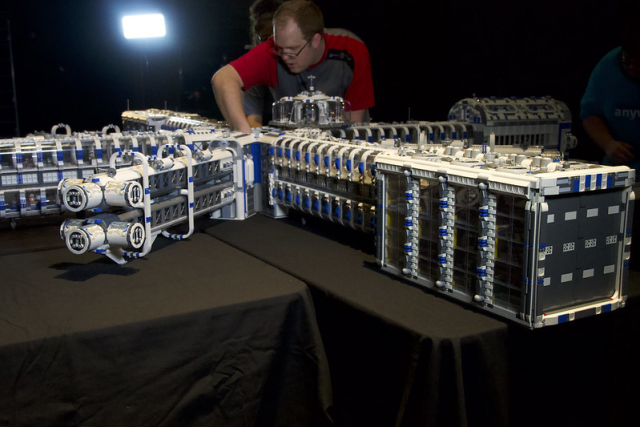 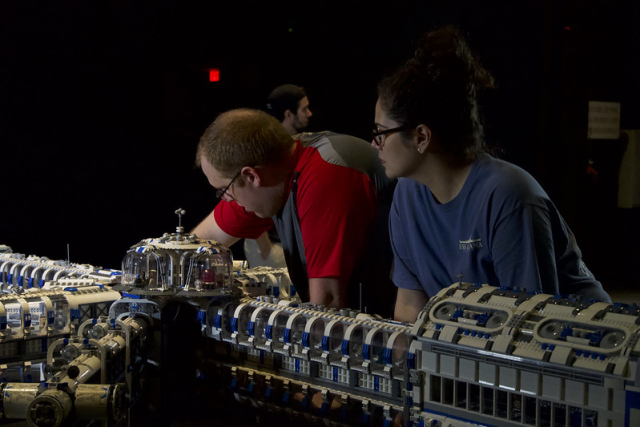 The 4 main tunnel arms of the station consist of an upper walkway for personnel to roam freely. 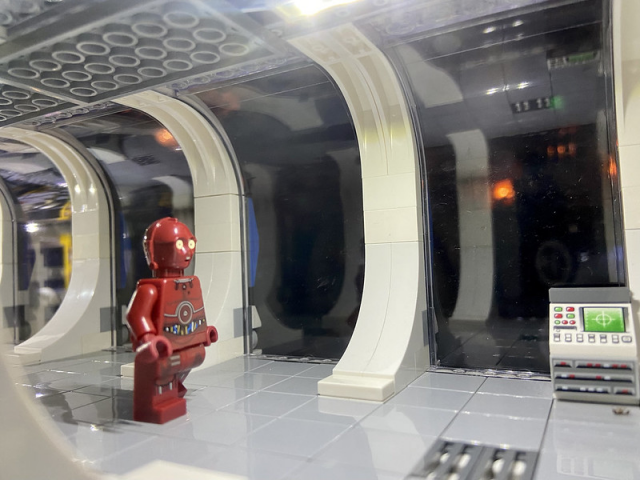 The bottom section of each arm contains a track driven transport craft, for delivering flight crew to their ships. 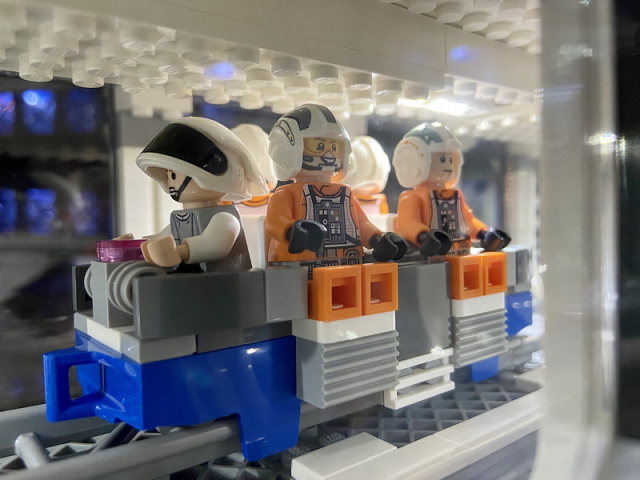 Three of the main arms ends in a docking bay for housing fighter craft. Each of these bays is equipped with maintenance personnel and craft to keep the fighters in tip-top condition. 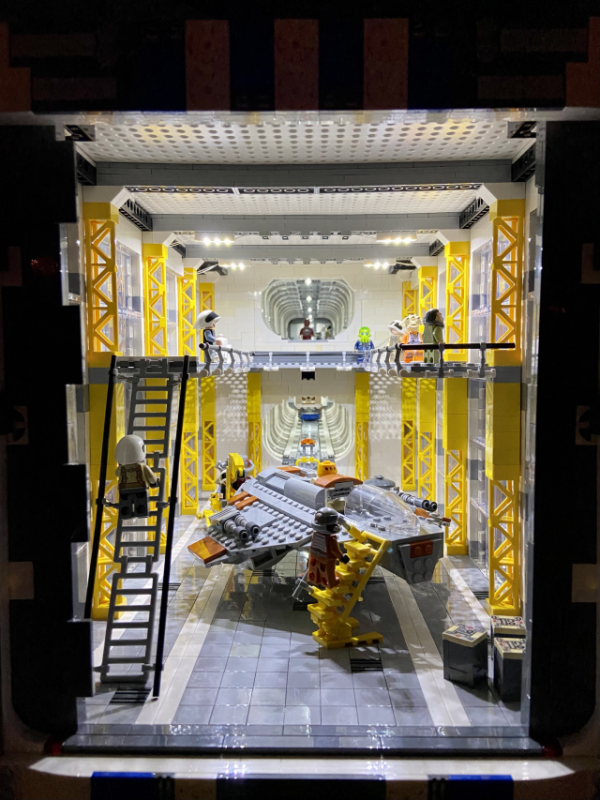 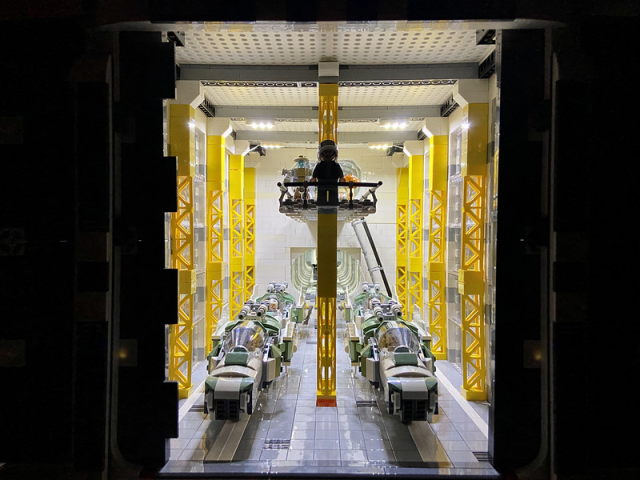 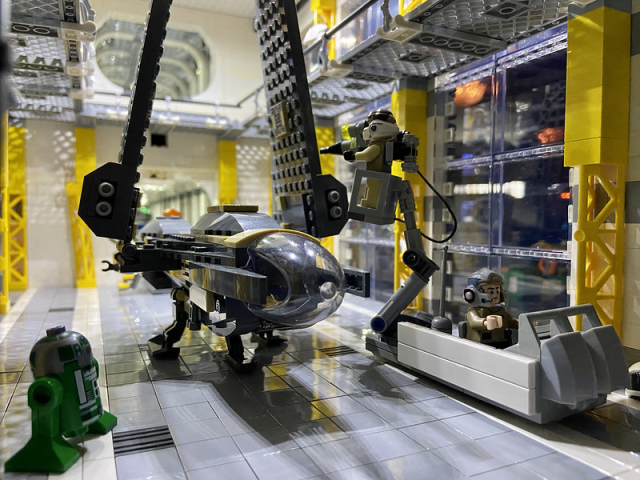 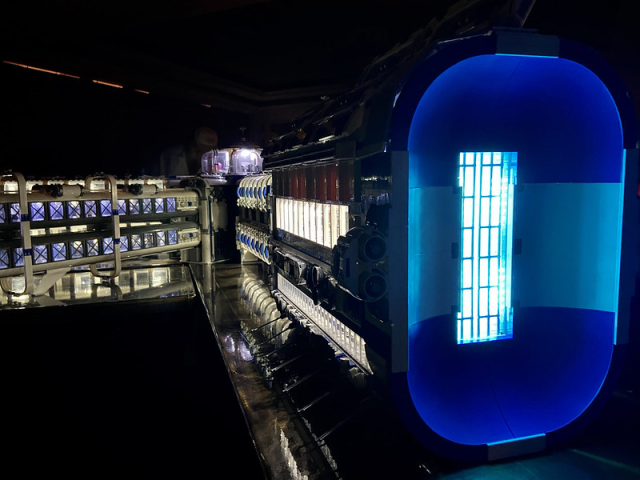 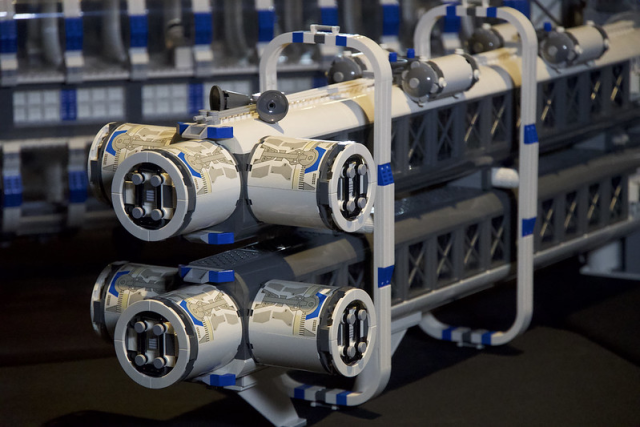 At the center of the station is the main deck, where officers, pilots, and VIPs like R2-D2, C-3PO, and even Princess Leia herself engage in their important work. 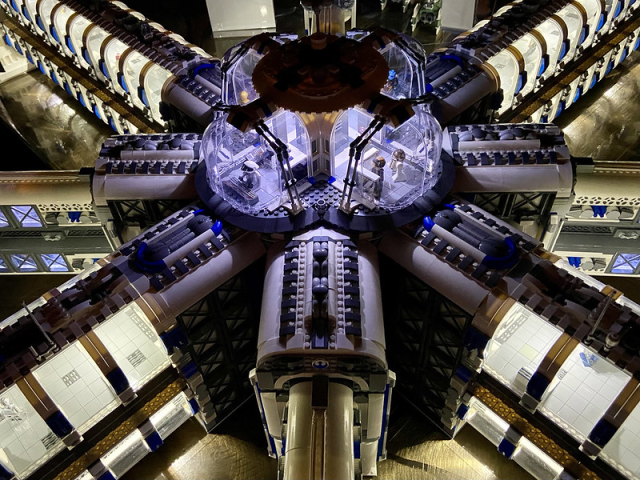 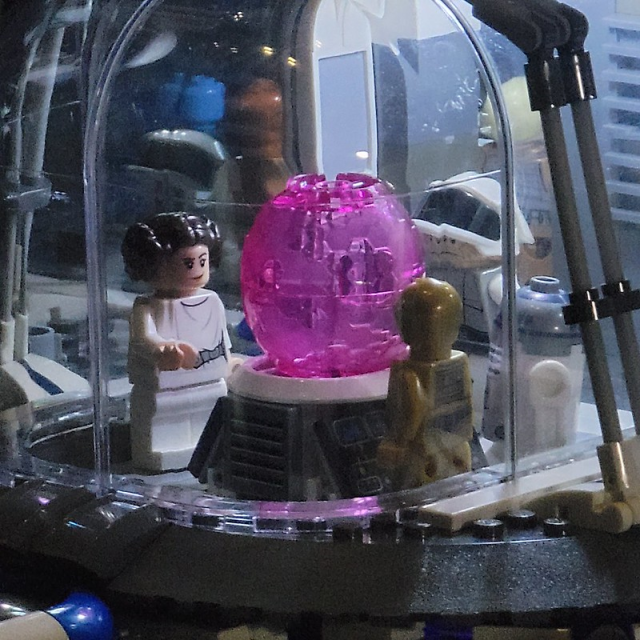 And 19 strands of LEDs keep the ST-01 shining brightly in the darkness of space. 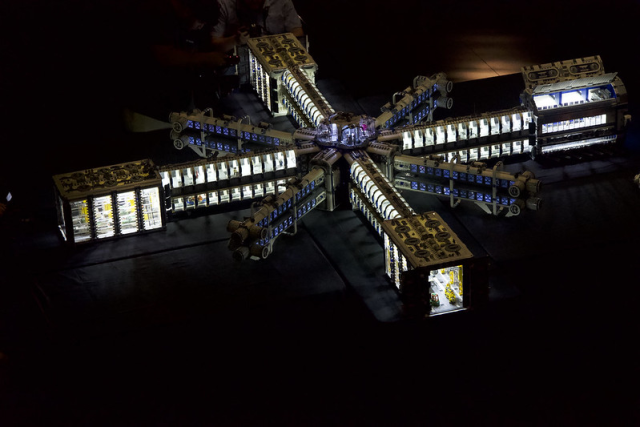 For more of this galactic achievement, check out Corry’s full album of images here. But don’t share that link with the Empire. This facility serves a vital role in the Rebel Alliance’s plans. Should these images fall into the wrong hands, everything we’re fighting for could be in jeopardy.