Prince is, of course, a music legend who left us too soon. However, he’s also notable for totally nailing his passport photo. I mean, DAMN! How can he look that good? Who doesn’t resemble a crazed maniac in their passport photos? Speaking of crazed maniacs, Paul Hetherington is one of the most talented LEGO artists we know. On the stage of his newest creation, we have the inimitable Prince and the Revolution, but flanking them are Majesty and Divinity, Prince’s beloved doves. This piece also includes Prince’s signature purple piano, firepole, and bathtub. 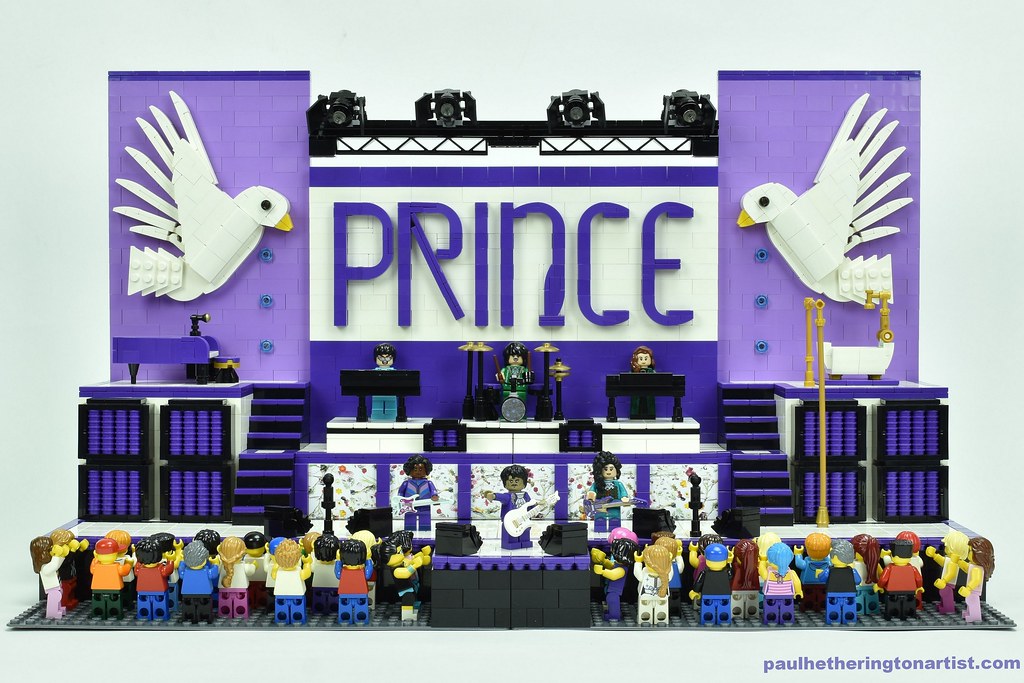 A closer look at the band members and we see a striking resemblance to Wendy and Lisa, Doctor Fink, BobbyZ, and Brownmark, all of which were carefully crafted from existing LEGO minifigure parts. If you’re looking at Prince and thinking whoa, hang on there Sonny Jim, what is going on here? Well, he is a custom-made figure by Citizen Brick and features Crazy Arms made by Crazy Bricks. Us LEGO people get by with a little help from our friends which, I’m aware, is completely the wrong band and song reference. 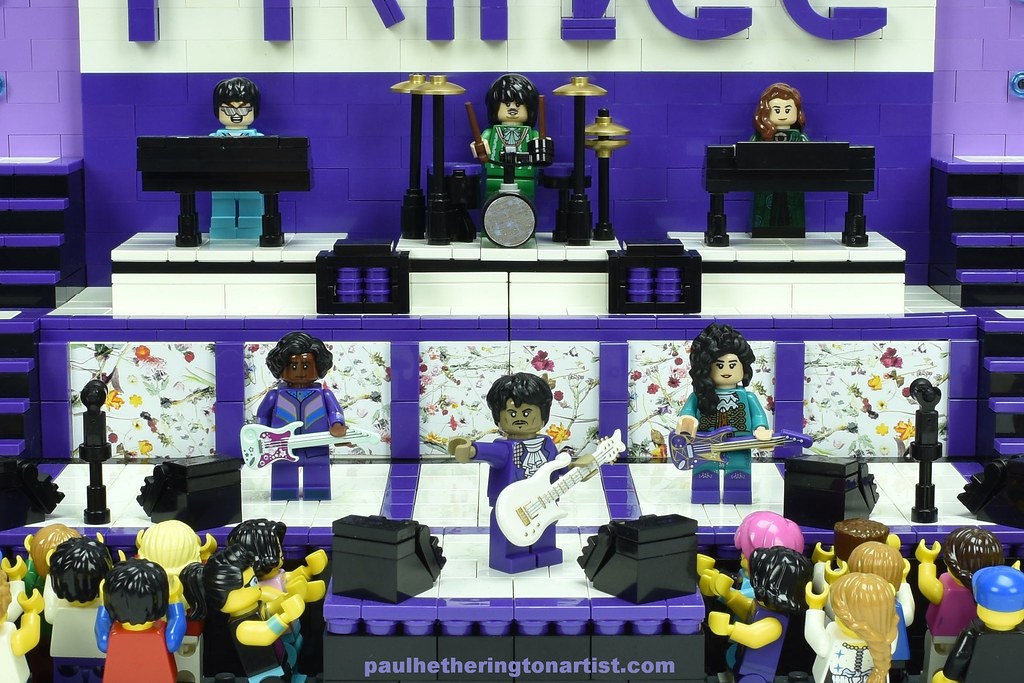 If you’re loving this and are totally jonesing for all things Paul, then we got you covered. If, by chance, you want to know what it sounds like when a TBB writer cries, then remind me to show you my passport photo. Oy, what was I thinking with that face? Like a burst sofa!