The fantastic mechanical creatures of Mitsuru Nikaido have long fascinated me. As I was emerging from the dark ages of my LEGO obsession, the robotic structures of Mitsuru’s models opened my eyes to just what was possible within the LEGO system. While each creature is a dead ringer for their biological inspirations, they also stand separately from them. Their form and selective color-blocking create eye-catching robotic designs. Mitsuru mostly sticks to a light or dark bluish grey contrasting with white and a pop of bright light orange. This simple palette gives a builder plenty of parts to play with though and Mitsuru certainly takes advantage of his options. Let’s take a moment to check out his latest models of a Water bear and a Snail. 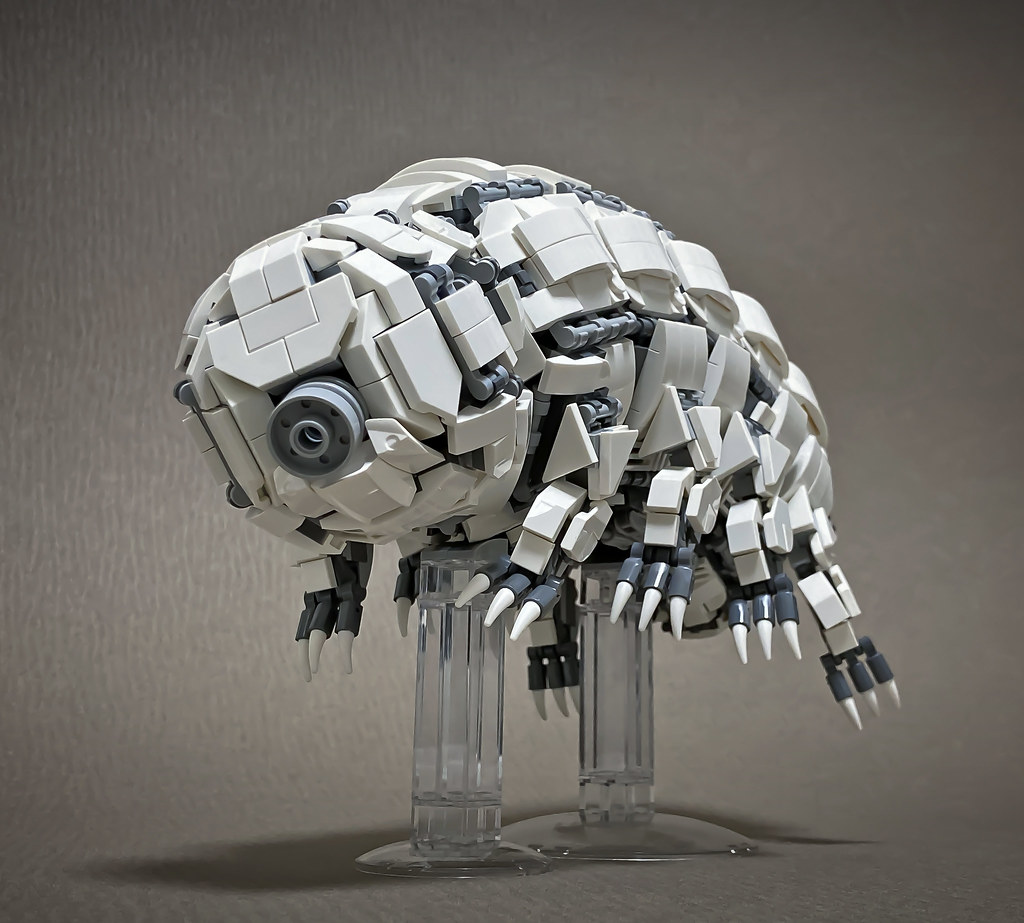 First up, the Water bear. Also known as Tardigrades or Moss Piglets, these little guys exist all over the world and are so resilient they can survive the vacuum of space! Mitsuru did a wonderful job emulating this creature’s alien form; eight legs ending in claws attach to a thick, tailless body with a nub-like head and simple mouth. The structure of the model relies heavily on clip hinges to mold the body. Various different attachments are taken advantage of to minimize gaps between the slopes and tiles that flesh out the form of the whole build. Even the arms are attached with clips giving an organic flow to the water bear’s pose.

Personally, I find tardigrades adorable. You can see them with a low-powered microscope and can collect them from pretty much any water source in nature down to dew drops on your grass. Finding them and even keeping them as “pets” can be a great science-related activity for kids and adults alike. Mitsuru did a great job capturing this tiny creature’s cuteness in some of the other shots he shared, such as this one. Doesn’t he seem curious? 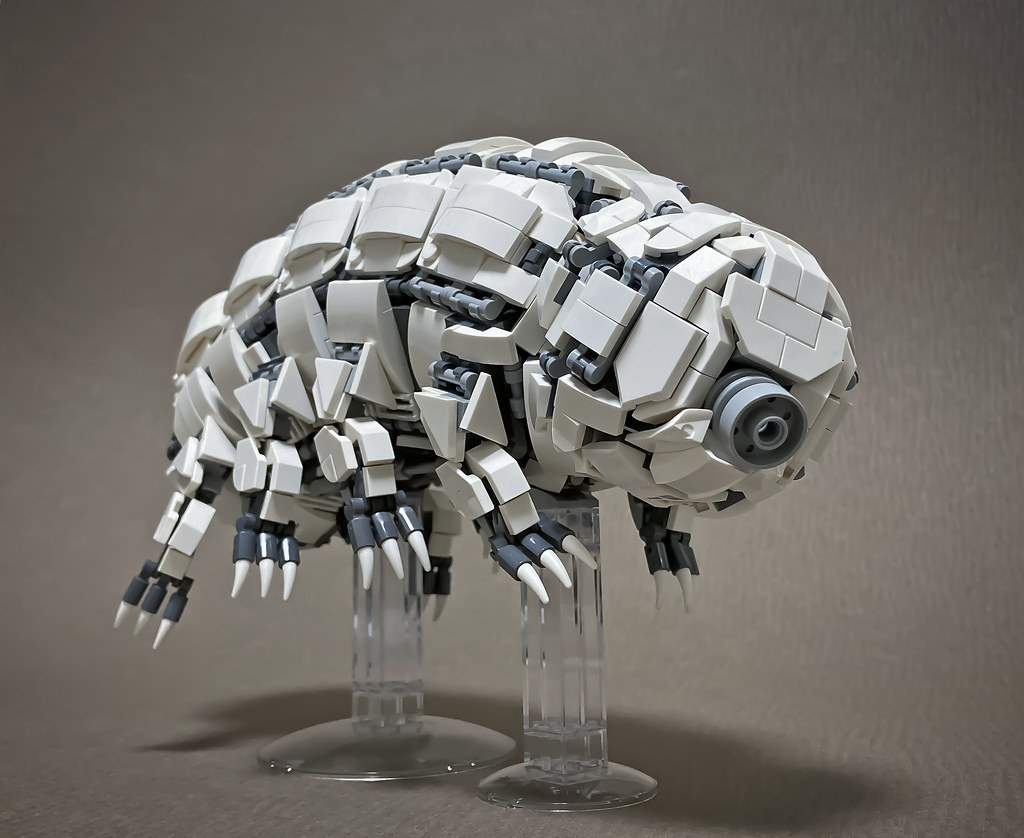 Moving on, let’s look at the Mecha Snail. A different form of weird than the Water bear, this creature has a ton more textures and patterns. The shell of the snail is adorned in classic Mitsuru style, color-blocked with white tiles and built with clip hinges to achieve its curve. The dark bluish-grey body is composed mostly of plates and tiles with different hoses filling the gap between them. 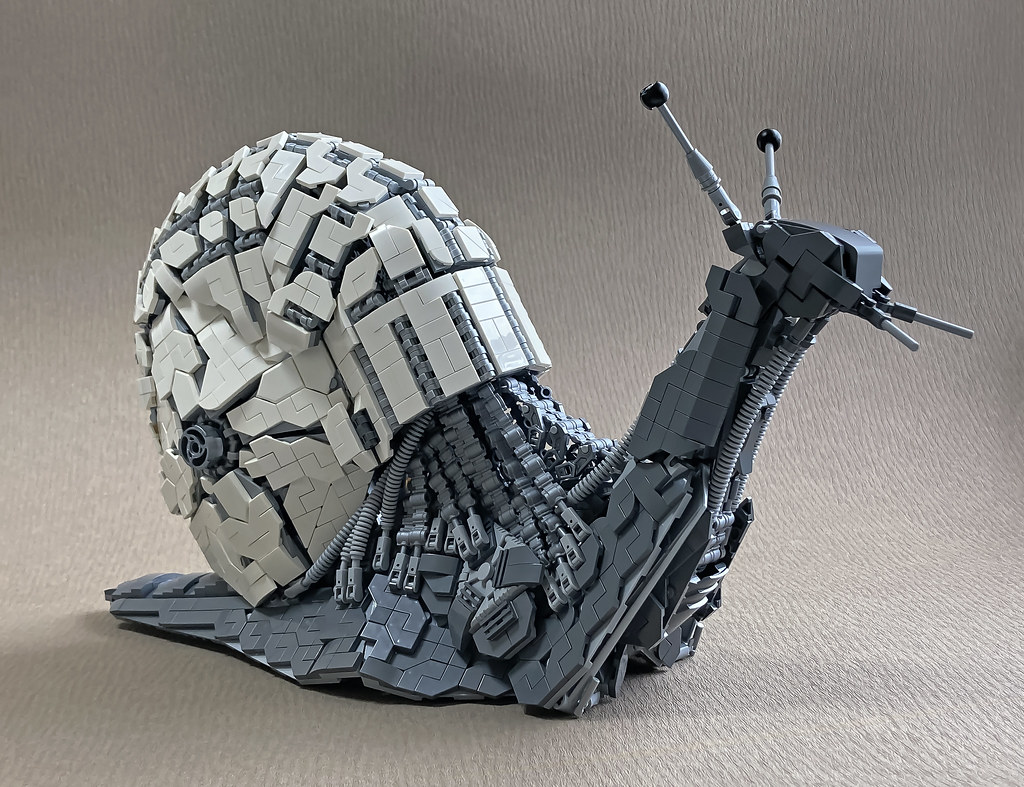 The underbelly is filled in with more clips, hinges, and hoses with select modified plates for texture. Slopes line its…neck? Sure, that’s what we’ll call it since the head is at the end. Speaking of the head, Mitsuru was pretty clever using an inverted dark bluish-grey digger bucket for its structure. Angled plates, modified tiles, and slopes model the rest with clips and bars used to finish up the details of its eyes and mouth. 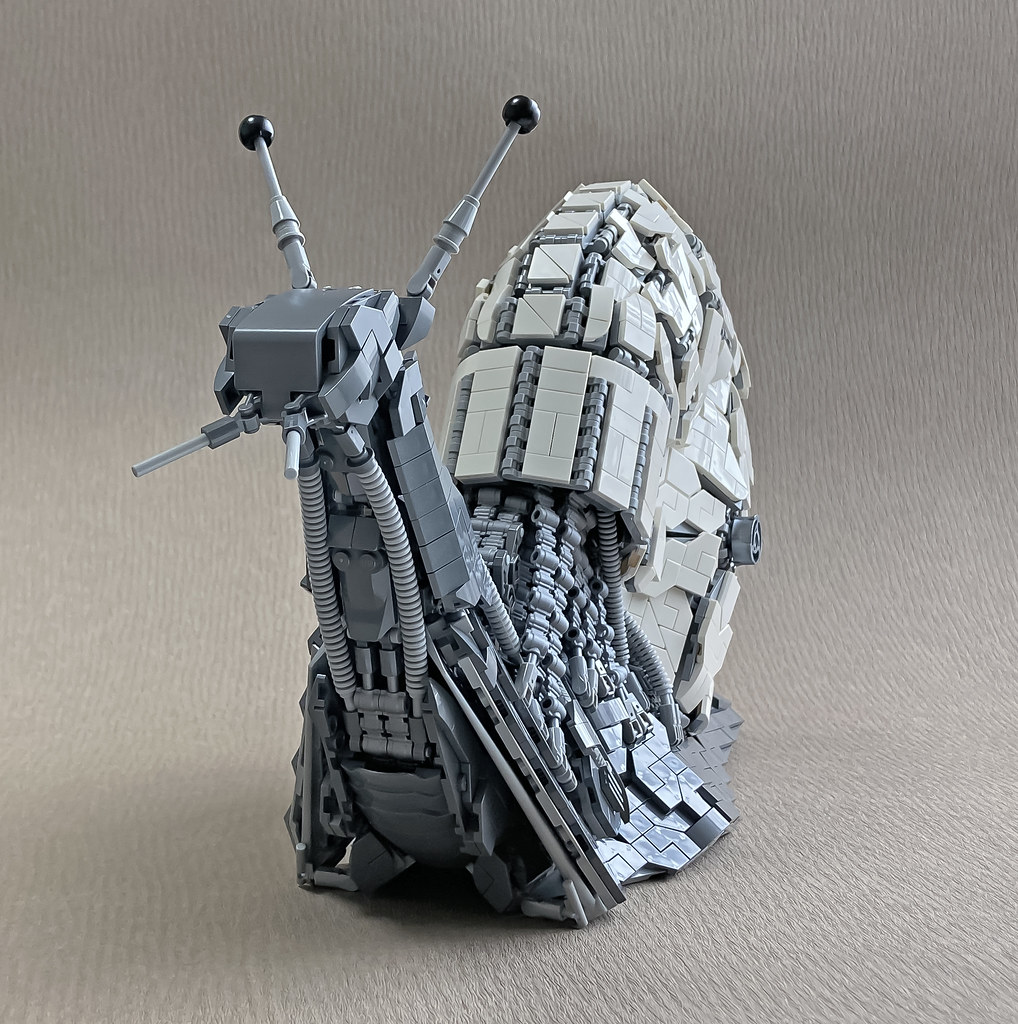 From behind we can appreciate the slopes and tiles that Mitsuru used to model the shape of the shell. I imagine this was quite the challenge to construct but the execution is so satisfying. My only question is if a Mecha Snail is still as slow as its biological counterpoint? 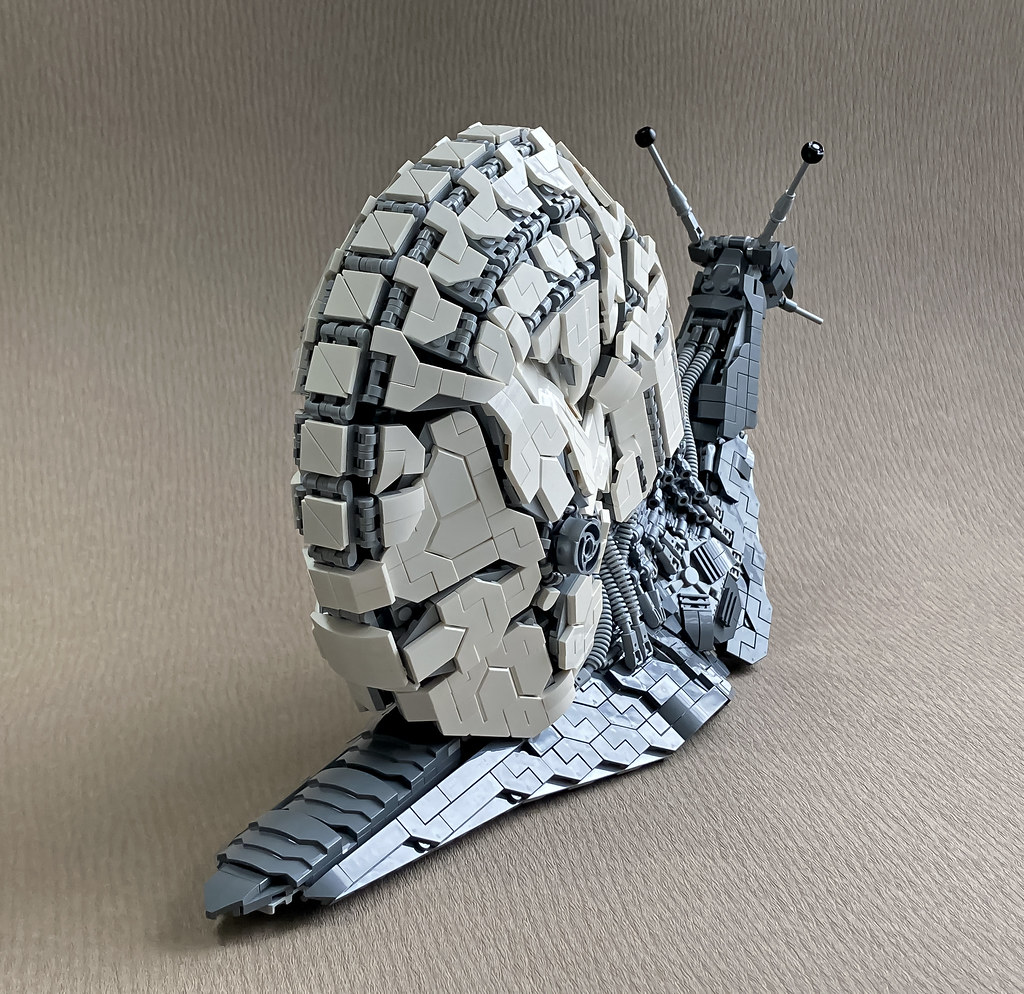 These are both great builds by Mitsuru Nikaido but its worthwhile checking out some others that we’ve covered in the past. You can also find Mitsuru on Flickr, Facebook, and Instagram (@mitsuru_nikaido)