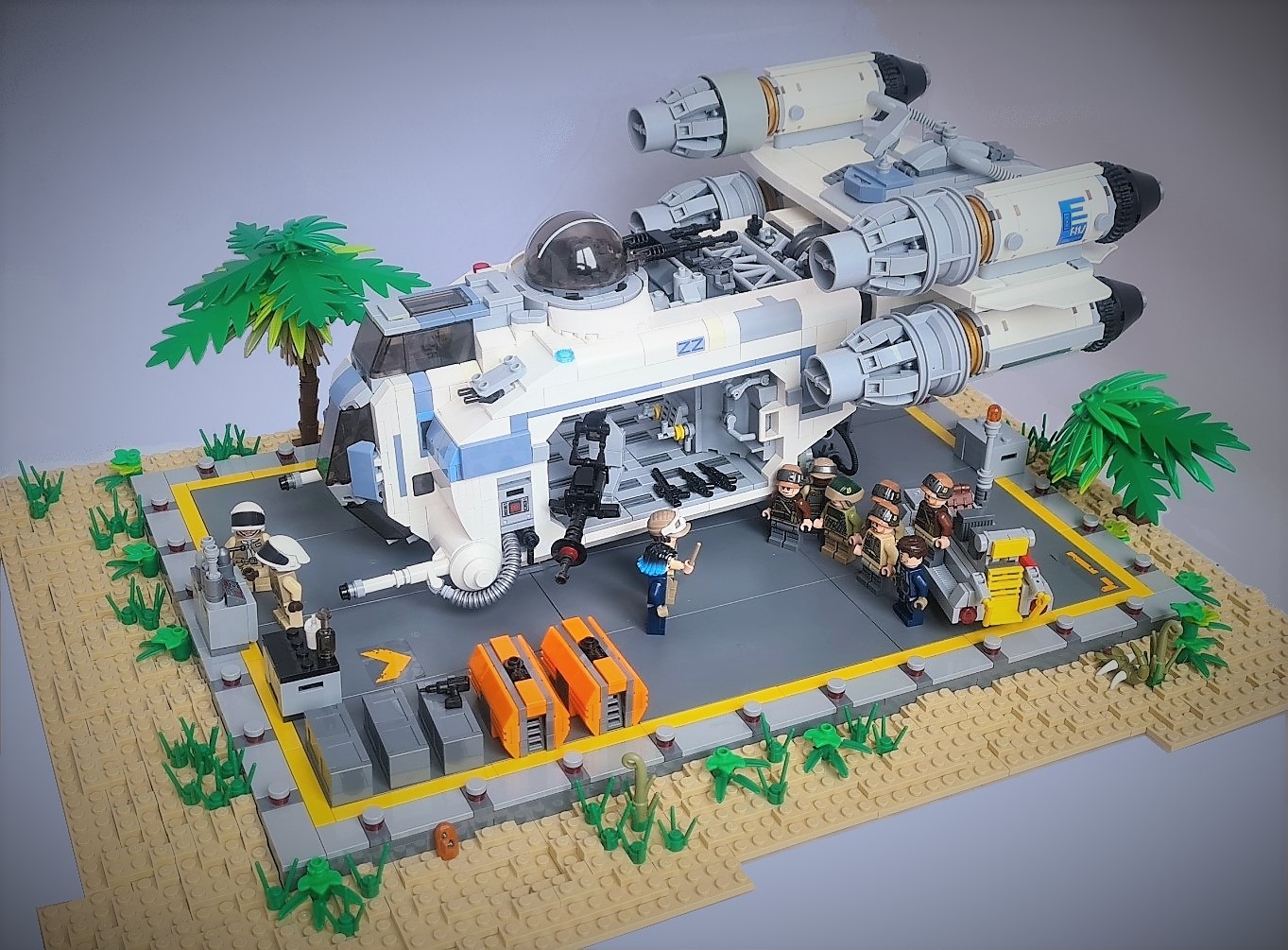 Here’s the concept image by Thom Tenery so you can compare it for yourself. You’ll notice the large quad engine shared with the movie design and a profile similar to a wingless Republic Gunship. According to Thom’s Twitter feed, the U-wing was thought of as something similar to the Vietnam-era Huey helicopter at this point in the design process. He also points out some similarities between this design and the Razor Crest from the Mandalorian. 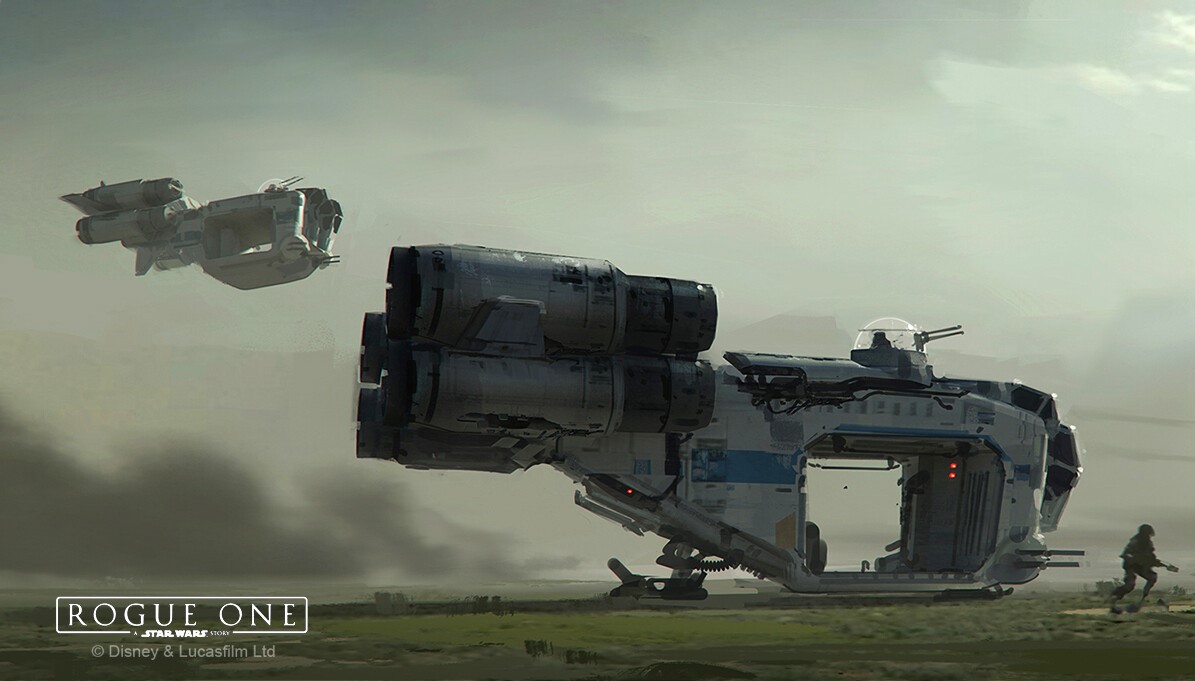 Parked on a landing pad on Scariff, this design of the U-wing seems much more armed for battle than the final design in Rogue One. That’s partially why it reminds me of the old Republic Gunship from Attack of the Clones. Especially with that formidable side gun. Of course, the bubble shield has been moved to a top gun that can defend this beefy troop transport from most pursuant fighters. The pilots’ section has a similar open view to the movie U-wing, though it’s less obstructed and provides much more visibility. The hoses leading to the two mounted front cannons also liken it to the finalized U-wing as its main weapons were two fixed cannons that depended on the orientation of the ship to aim. 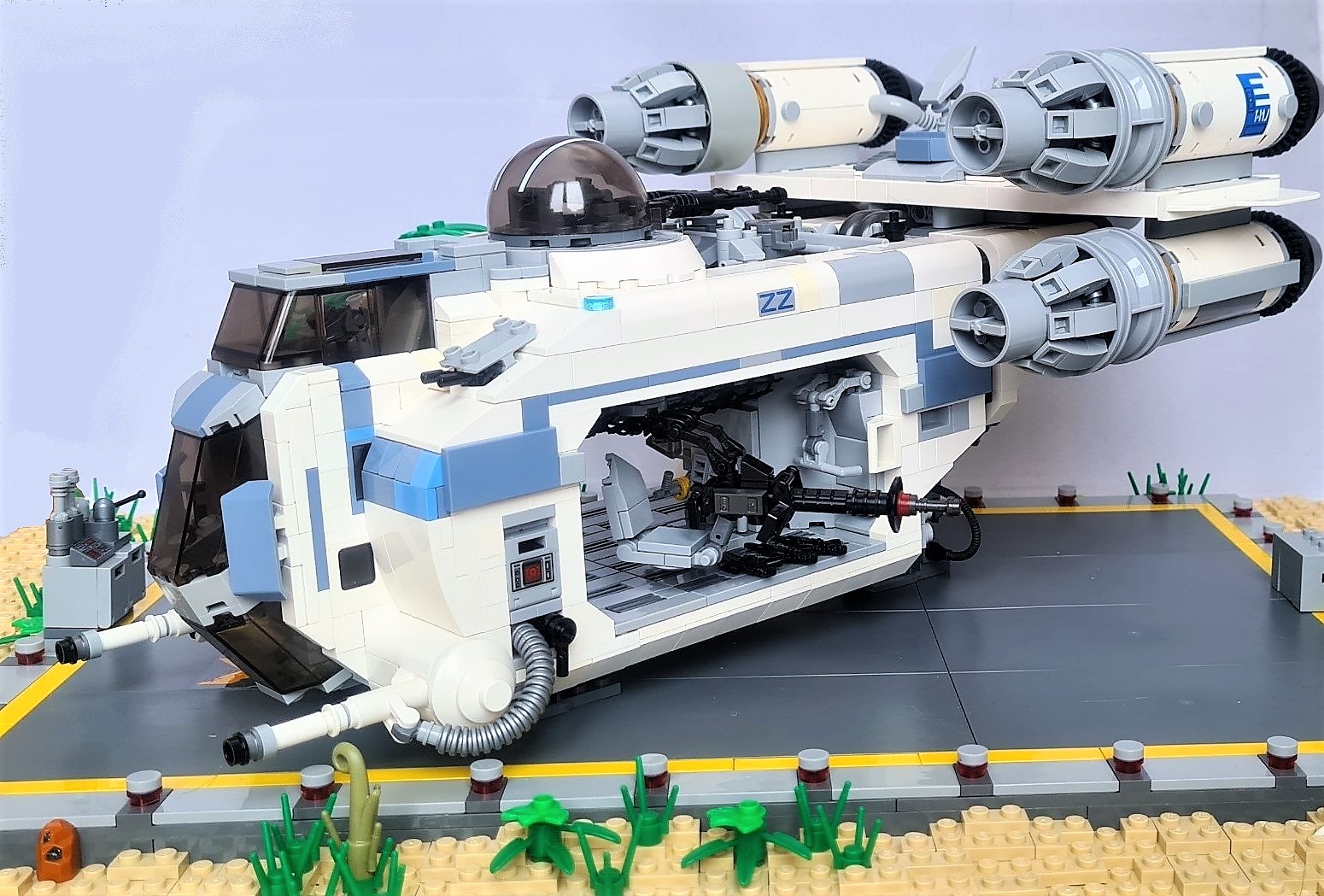 From behind we can see some of the more unique pieces used in the model, such as the curved and angled Technic panels between the engines, leading to the rear guns. The gold wheels used in the engines are an eye-catching detail that compliments the light bluish grey, white, and sand blue color-blocking of the rest of the design. The brick-built sections of the engines, the hoses between the engines, or the little radar poking up from the top are lovely bits of greebly detail that add to the model’s quality. I’d say even the different grey wheel on the far, top engine was probably a nod to the Rebels’ penchant to fix a ship however they can. You have to do what you can for your fleet when you’ve got a rebellion’s budget. 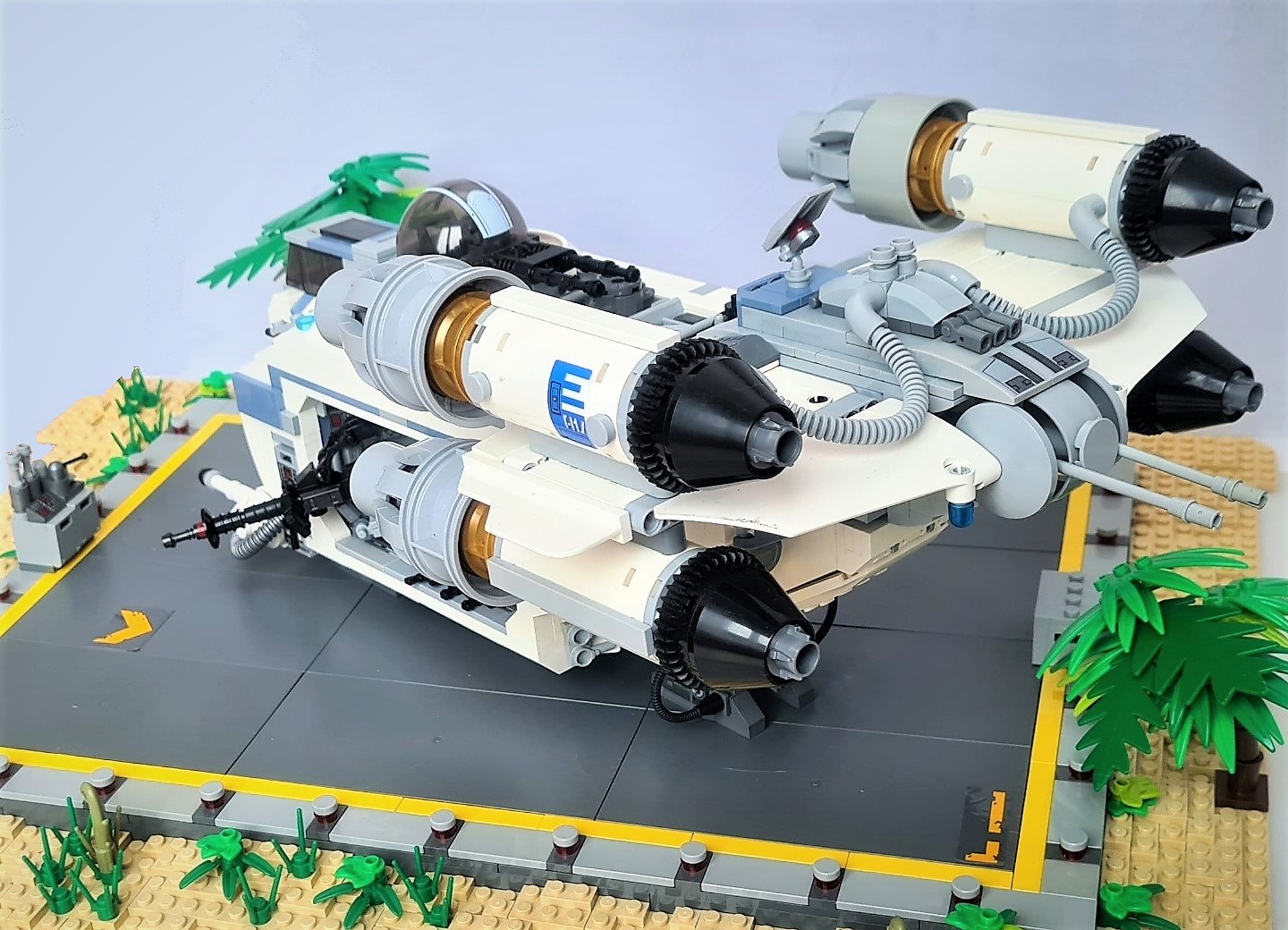 This concept U-wing can always have a place in the Star Wars of our hearts and Jan Südmersen did a great job capturing this design with a model that would look great next to the rest of the LEGO Rebel fleet. While you’re here, check out some of the other Star Wars-inspired designs we’ve covered.