Lately, I’ve been having a lot of fun building minifigure scale trucks, instead of, say, aircraft or larger-scale vehicles. These are three of my latest: Dutch DAF trucks. The first represents an XF105 Super Space Cab, with a trailer carrying a 40ft Maersk refrigerated container. It is similar to thousands that roam European motorways. 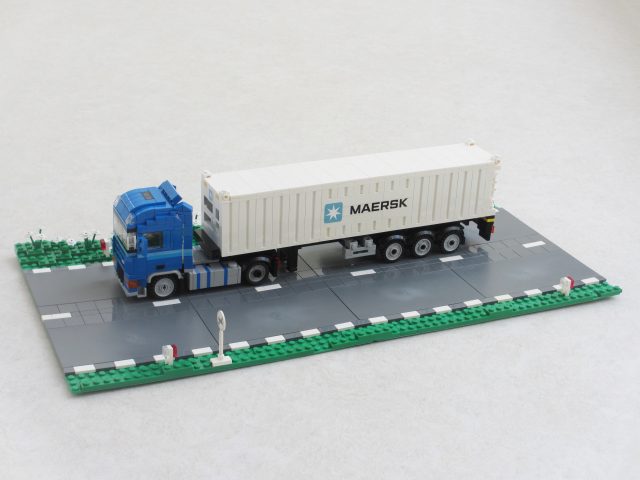 The other two are a bit less common outside of the Netherlands. For decades DAF was the main supplier of trucks for the Dutch military. The DAF Tropco is a military derivative of the XF. It is an altogether more rugged-looking vehicle with a stepframe trailer built by Broshuis, another Dutch company. It is the Army’s standard truck for transporting heavy vehicles. Mine carries a relatively light load in the form of another DAF truck: a Dutch Army four-tonne YAS4442 shelter carrier. 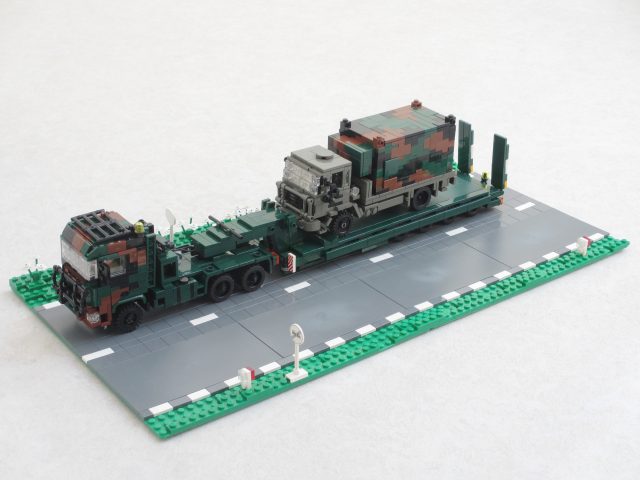 These aren’t particularly large builds, but that is part of the reason why I enjoy them so much. For large builds sourcing and sorting parts seems to be a major part of the process, but for these, it is far less of a chore. Instead, I get to focus on what I like to do most: researching what to build and then putting bricks together. Despite the small scale, though, they still have enough detail to be recognisable for what they are.