This epic build of the Freedom Gundam, from Mobile Suit Gundam SEED, is a testament to the construction skills of LEGO builder Bruce Cheng. While the model is huge and should appear bulky, the large frame is blended into the sleek shaping of the mech. There’s a good mixture of brick and Technic-based building in just the right places, particularly in the shoulders where Technic panels are used to create smooth pointed angles. 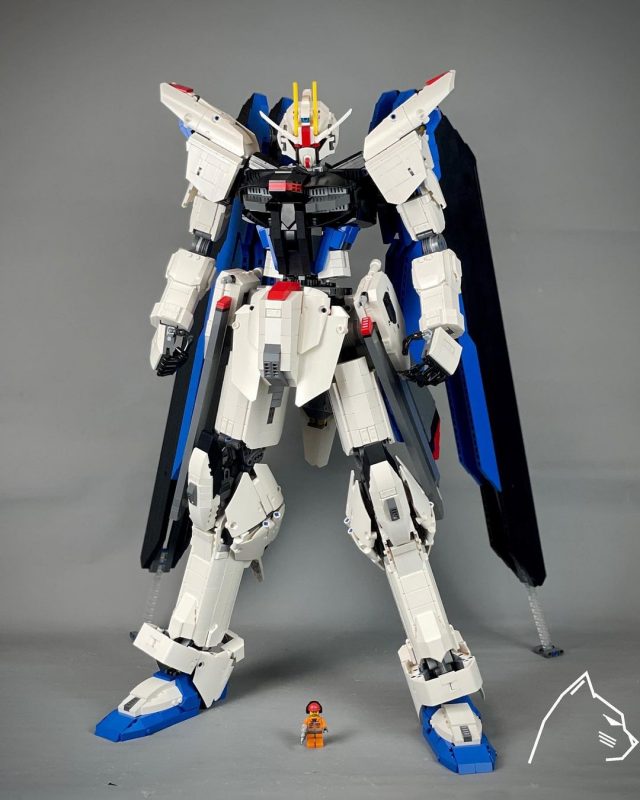 The blade-like wings complete the aesthetic of the Freedom, and being nearly as tall as the mech, you can appreciate why the wings require supports at their tips. 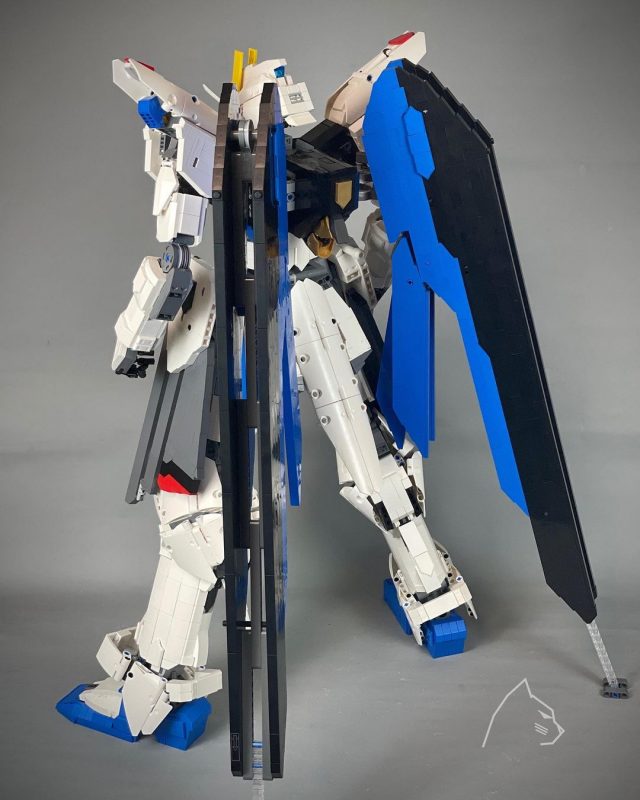 The head also has some great details, as Bruce has accurately portrayed the sharp and prominent angles of the original design. 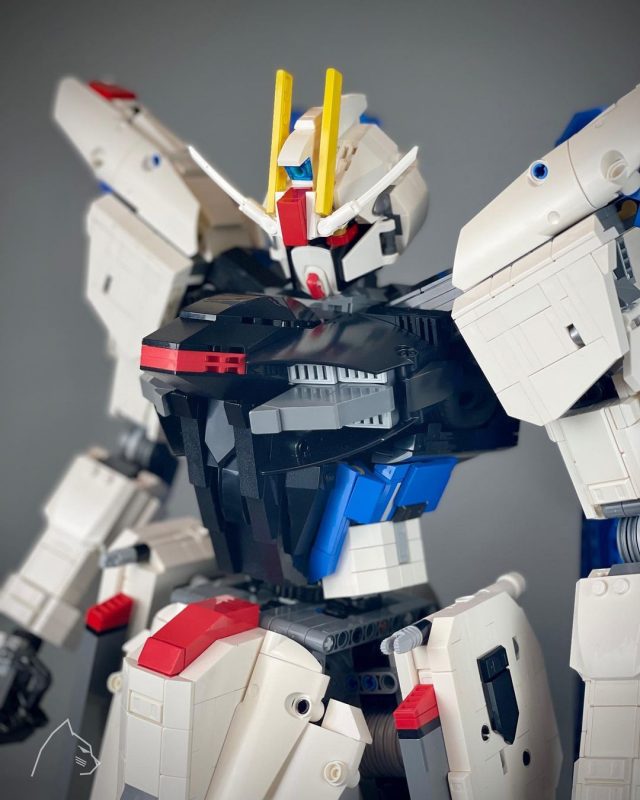 It’s great to see a LEGO version of this Gundam, especially as a life-size statue of the Freedom was erected earlier this year in Shanghai. You can read more articles about impressive LEGO Gundam builds right here on The Brothers Brick.