Oh, man! I read about Mesoamerican mythology in college and I love the subject. So you can imagine how thrilled I was to see Luis Saladrigas present this stunning LEGO scene depicting the birth of the warrior-god Huitzilopochtli. He tells us that in a place called Coatepec (Serpent Hill) the goddess Coatlicue took a small number of white feathers and placed them in her bosom, from which she conceived Huitzilopochtli. Outraged by the nature of her mother’s pregnancy, Coyolxauhqui led four hundred of her brothers in an attack on Coatlicue. In the midst of this attack, Huitzilopochtli emerged from his mother’s womb in full battle armor and armed with his spear, Xiuhcoatl, destroyed his brothers and sisters, and rose to take his place as the Aztec God of War. 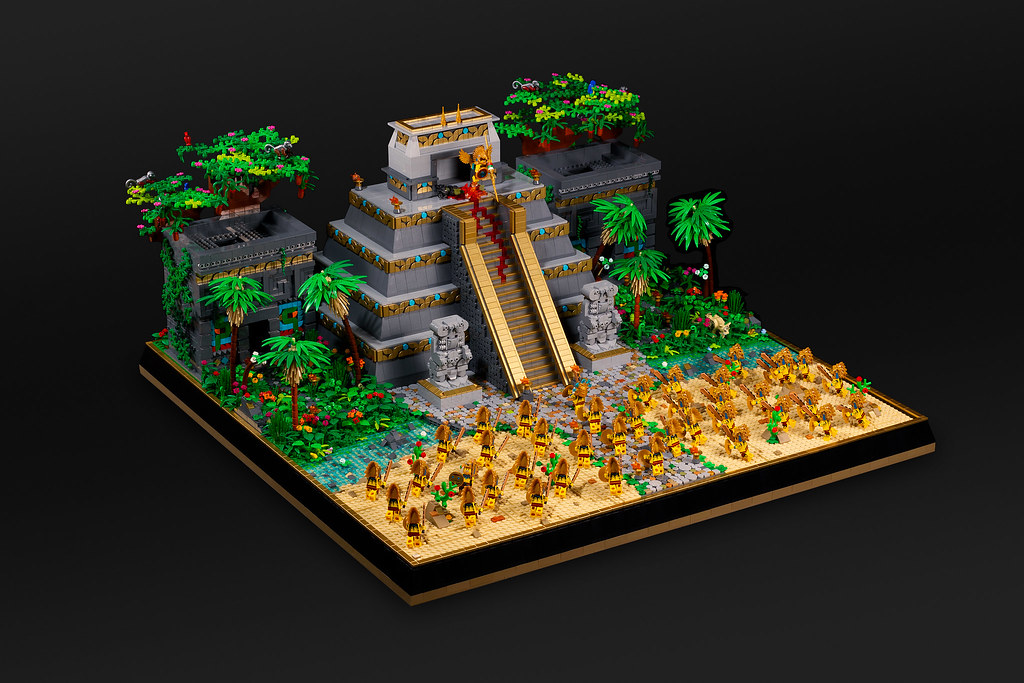 This closeup shot depicts Huitzilopochtli emerging from his mother’s womb born fully decked out in war gear. Blood descends down the steep steps of the ziggurat temple. 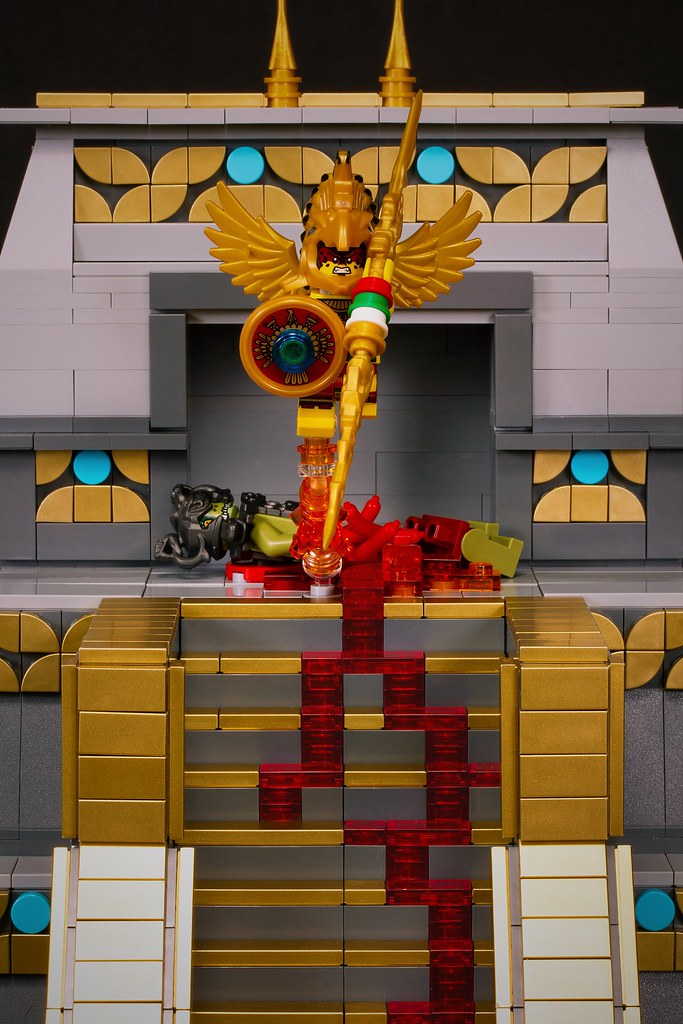 But not having any of it, Coyolxauhqui leads her brothers into battle. 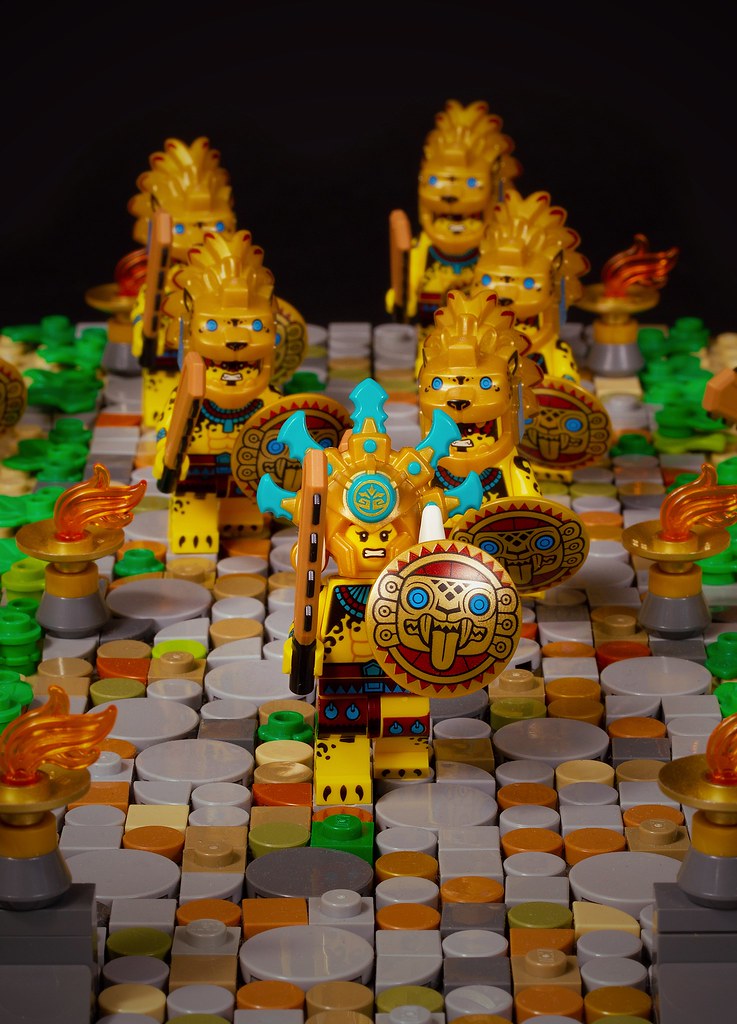 While the battle scene is quite epic, Luis takes care to include local flora and fauna into this stunning diorama. Here we see a leopard and a frog watching the action from a safe distance at the water’s edge. 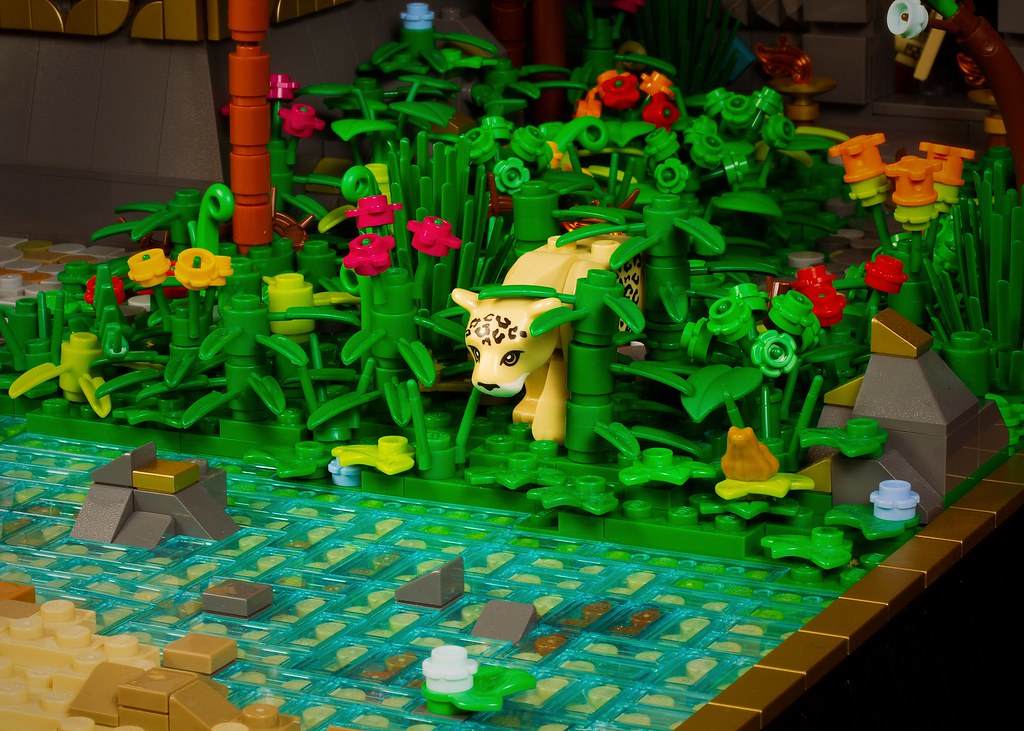 He even demonstrates a bit of humor as this hapless explorer is all too happy to emerge just at the wrong place at the wrong time. Yep, showing up just as the blood splatters down the temple stairs and while over four hundred warriors engage in battle pretty much means you’re toast! 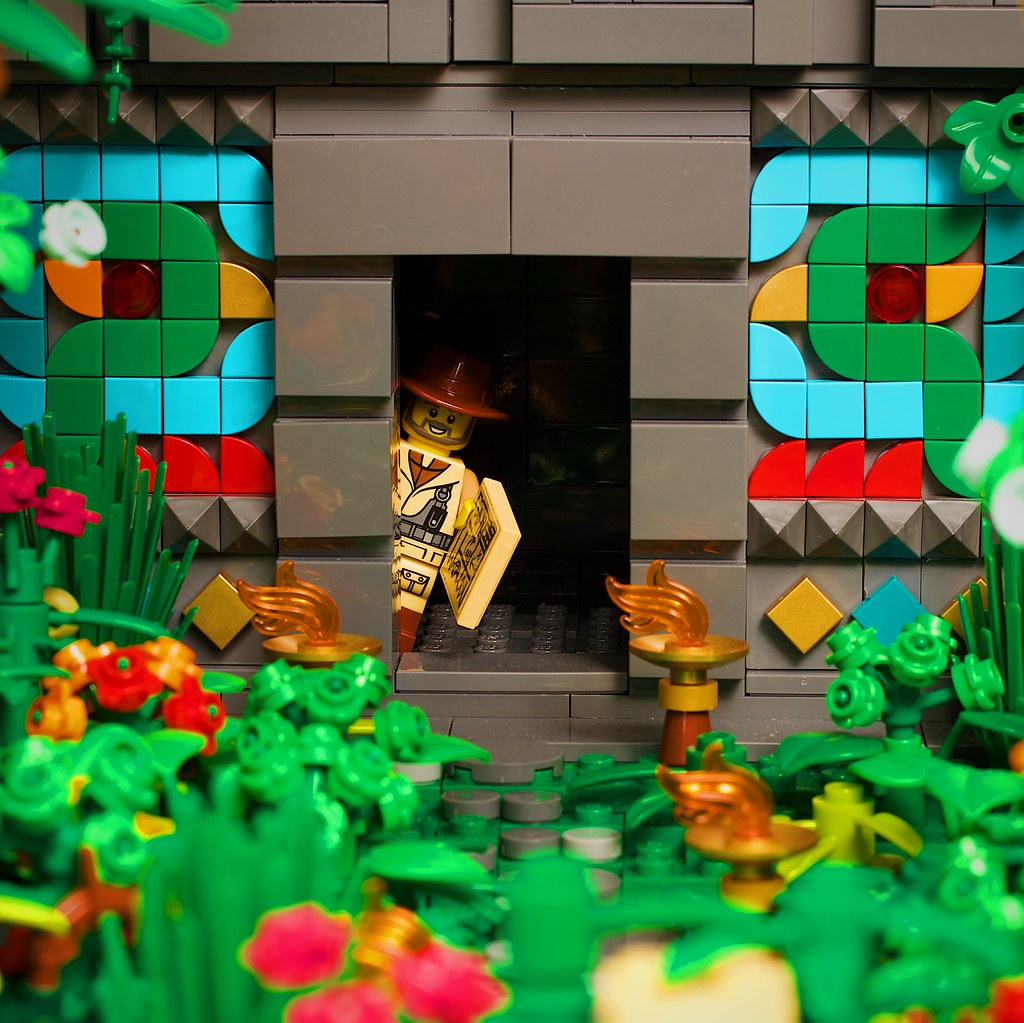 We’re hoping this is the right place and right time to discover Luis, however. It seems he’s been off our radar until now. With LEGO builds this amazing, we’ll certainly be checking in on him again to see what he does next.