The third 2020 review for LEGO Ideas has just been announced. Taking into account the first and the second reviews for 2020, the total number of projects reviewed was 86. For the third 2020 review, there were 25 projects who gathered the 10,000 supporters needed to be eligible, and only one made the final cut: Motorized Lighthouse by Sandro Quattrini (Roses Must Build). 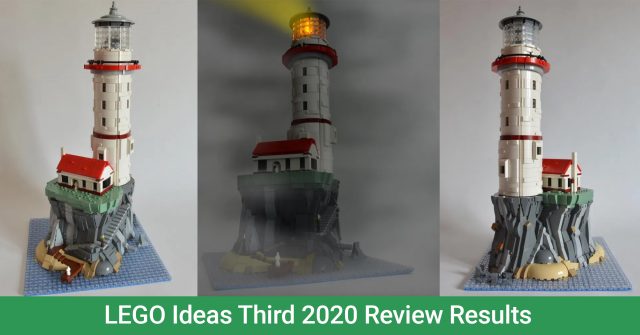 The original design of motorized lighthouse is 47 cm (18.5 in) tall and stands on an isolated island. With the help of a light brick placed inside the top and a small motor installed at the bottom of the model, it’s possible to create a small replica of a real lighthouse with rotating lights to be seen from a distance. 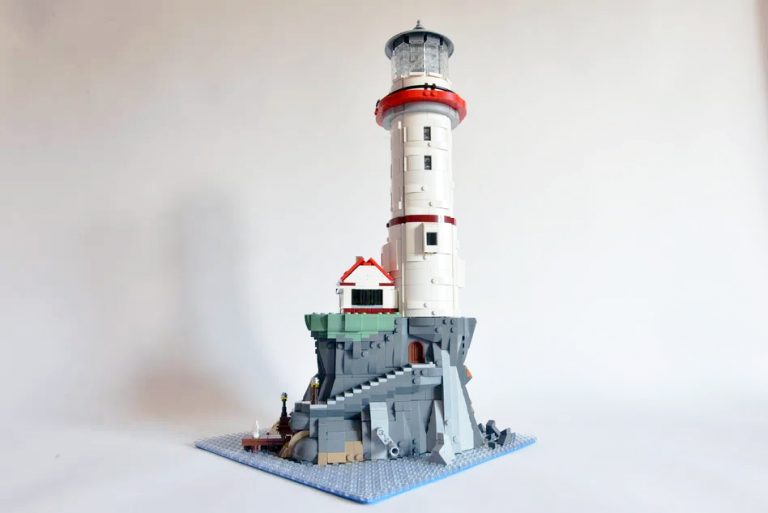 Sandro is 20 years old and from Canada studying animation for film. The inspiration for building the lighthouse came from his mother who loves them and have been encouraging him to build such a structure for years. 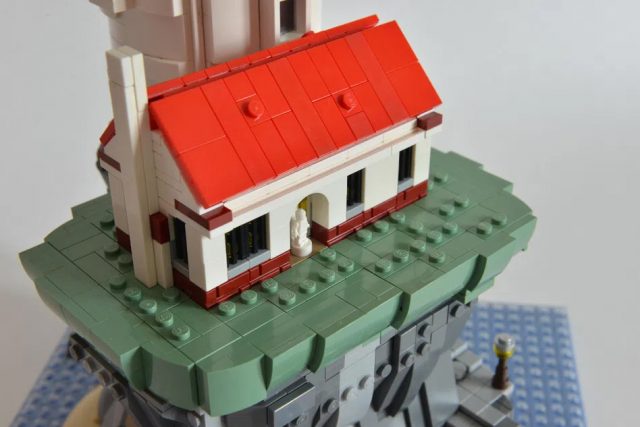 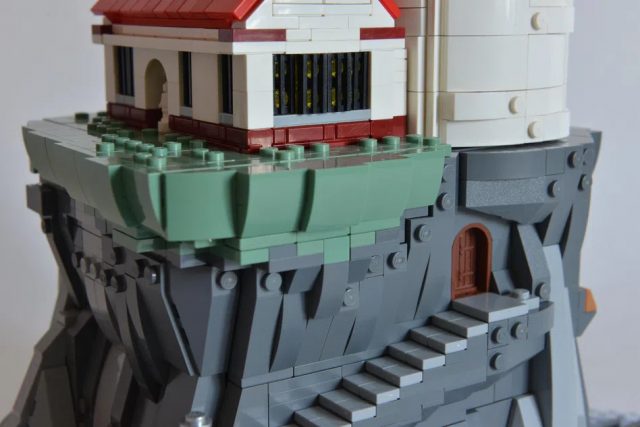 He’s created a video showcasing some closeups and the main feature of the rotating lights.

The 24 sets that did not make the review process are listed below: 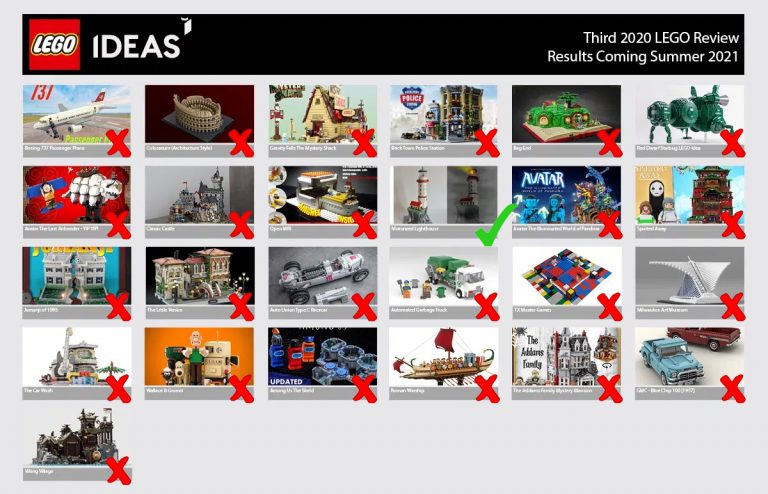 The release date, price range and availability of the LEGO Ideas Motorized Lighthouse are yet to be announced.