When first introduced in 1977, Grand Moff Tarkin was just the bad guy that dies at the end of Star Wars. Since then, he’s been included in other movies, TV shows, books, and even LEGO. While the few minifigure versions are certainly a great representation, none of them come close to displaying the true power of the Empire’s grandest Moff the same way as this sculpture by Brandon Griffith. 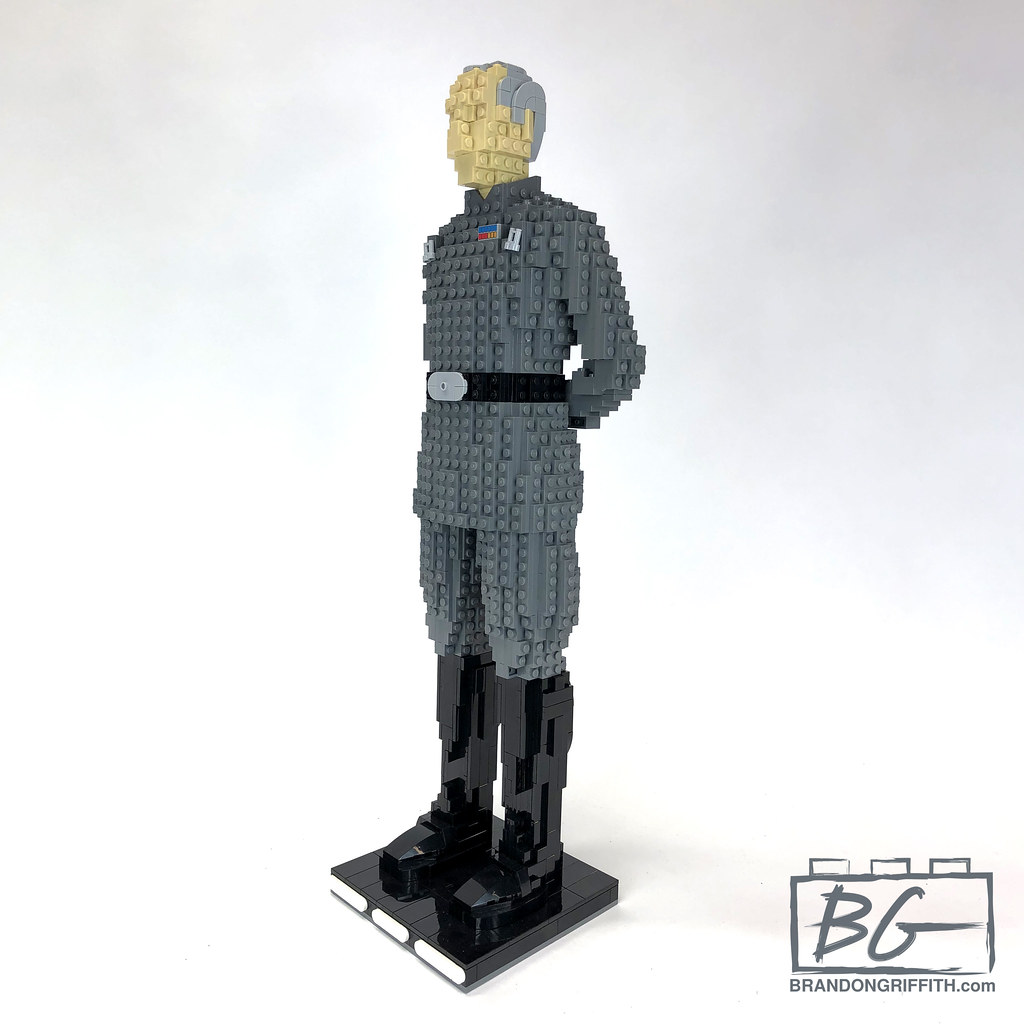 Standing tall as if the Tarkin Doctrine was a set of rules about posture and uniform, he appears as the ultimate example of loyalty to the Empire. The variety of parts used in this LEGO creation is about as varied as I would expect the fictional Grand Moff’s life to be: almost all plate, slope, and tile, with the odd variation like binoculars and a jumper to represent his code cylinders and belt. And while this model has been restricted to only a few colours, the resemblance is unmistakable. Even without different coloured eyes, the single studs make it easy to see the daggers he is certainly staring.