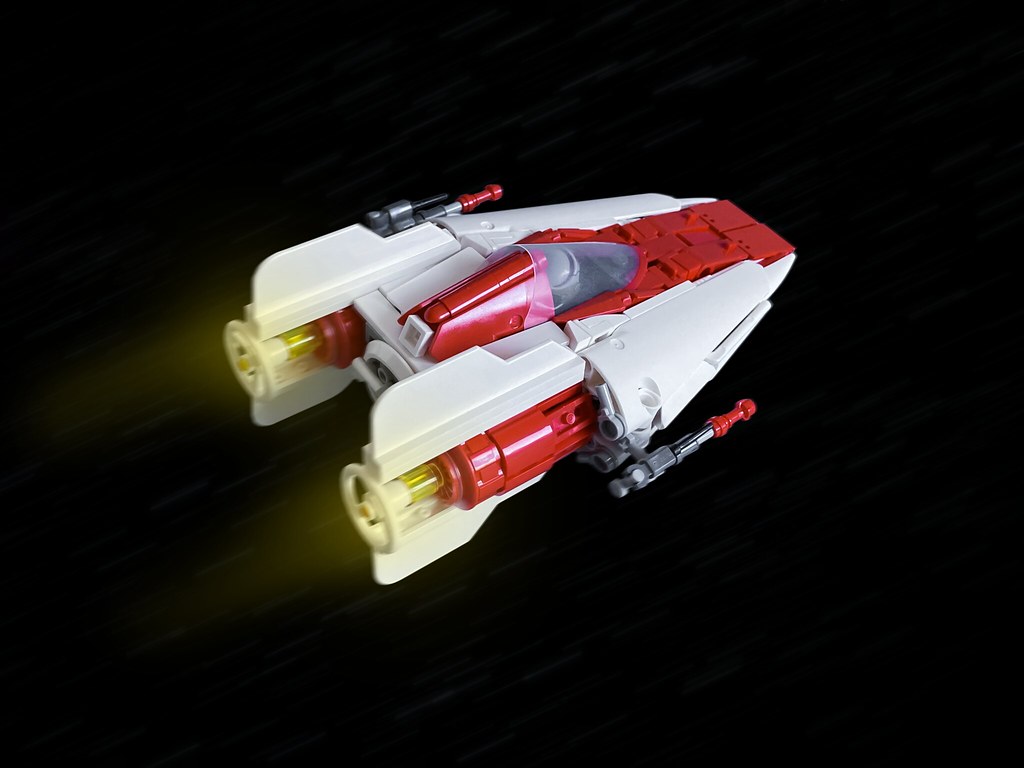 Just like the Iron Builder contestants who build their creations around an unusual seed part, I started with an unusual LEGO part as the basis for this ship. The transparent plastic that is the windscreen for last year’s Technic Ducati motorbike is bendy to configure to a three stud width cockpit for this tiny starfighter, as opposed to the usual four. This guaranteed that the A-wing I’d build would be minifigure scale at exactly 1 stud per foot. At 6.9 meters or 21 feet long, the tiny size of this fighter makes it one of the hardest ships to build. 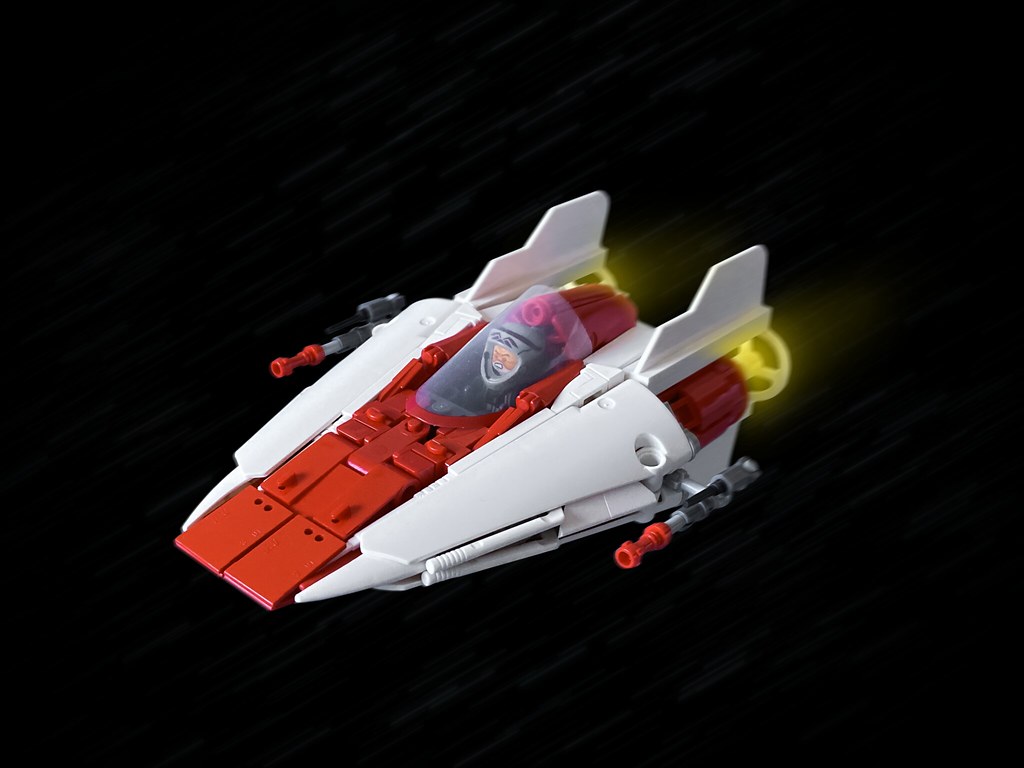 For the shapes and proportions, I looked at the Star Wars: Incredible Cross-Sections book, and a blueprint I found online. The red stripe down the middle had to be around 4-5 studs wide, and taper inwards behind the cockpit. I used small red Technic panels for the area behind the headrest. Those parts at that angle, with the cylinder in between, created the perfect shape, like the ones found on Formula 1 racing cars.

The engines had to be three-stud diameter, which gave me the challenge of building a cylinder that wide. A round Technic connector gave options for attaching the A-wing tails on the top and bottom. Red train wheels were perfect for the thrusters, with its plate-like look and mechanical texture. In addition, rare white steering wheels were the only choice for the maneuvering rings at the very end.

Another hard part the “fusion reactor exhaust” in the rear between the engines. It took me a while to get two mudguard pieces back to back, which look perfect, if not a bit tall. But such are the limitations of existing LEGO pieces at this size. One being upside down allowed me to attach underside detailing, complete with retracting landing gear. 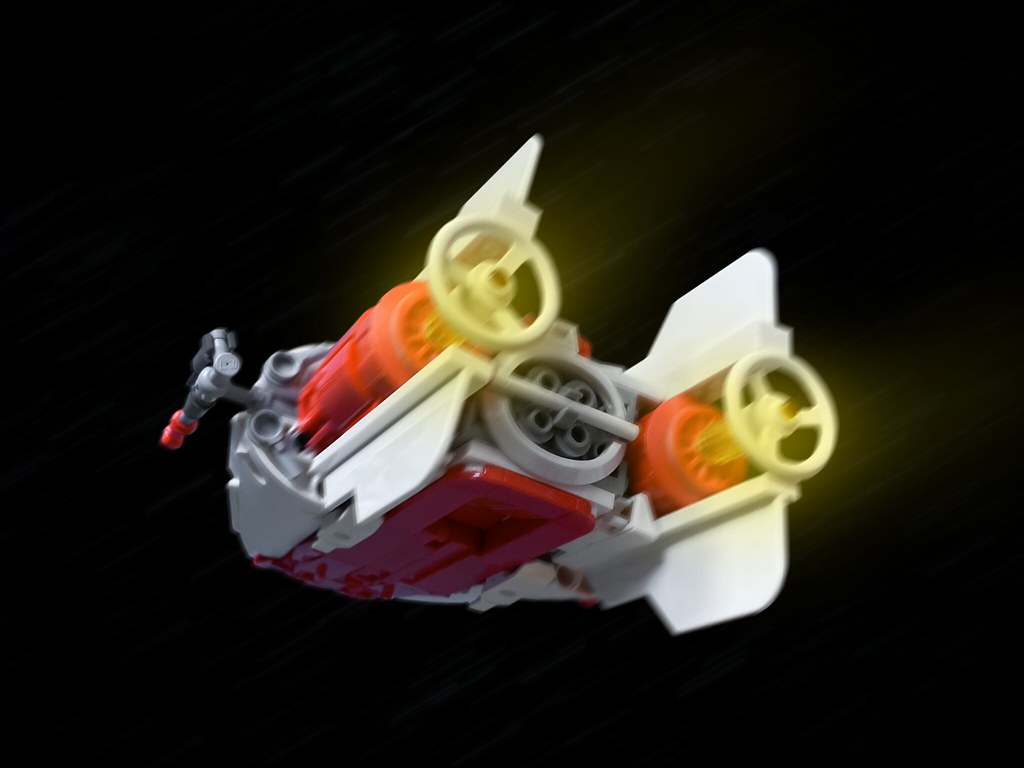 As for the large wedge-shaped sides of the ship, there was only one thing on my mind: large curvy Technic panels, which I haven’t seen much of in spaceship builds. I was thinking outside of the box, and the box is the typical wedge bricks that are prevalent in many MOCs and official LEGO sets. The challenge was to angle them in to match the shape of the starfighter, and to fill in the gaps. This section was fun: using the shapes of other elements to fill in the negative space from the Technic panels. Slopes, hockey sticks, harpoons, flippers, teeth, you name it! See if you can spot any more strange parts!

Feeling mesmerised by all the fancy parts? Check out more builds with NPU (neat parts usage!)