If there’s one word that encapsulates Jeff Friesen‘s LEGO models more than any other for me, it’s “clean.” His builds always seem to have every single piece precisely where it ought to be. And his latest one looks like it’s from a picture book of the ideal Viking winter world (unlike hellish purgatory of Valheim that’s all the rage right now). This microscale creation doesn’t have any obviously new or even unusually innovative techniques, and yet it’s absolutely splendid from the snowcapped peaks to the tiny longships. The village spreading across the slopes with their tiny mounds of snow on top, and the two giant waterwheels give this settlement a fairytale aspect that I can’t get enough of. 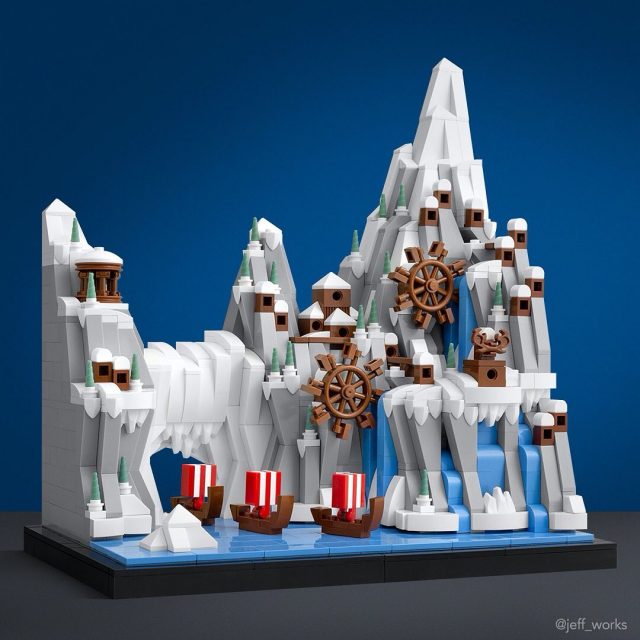 Jeff was the winner of The Brothers Brick 2017 Creation of the Year and it’s well worth checking out the other builds we featured in our archives: Jeff Friesen LEGO creations.

2 comments on “The icy halls of the frozen north”