With the Perseverance recently landing on Mars, rovers are all the rage again. And when you’re building a cool LEGO model like a rover, what better way to make it ice cold than to give it some giant rims, just like Andreas Lenander has. 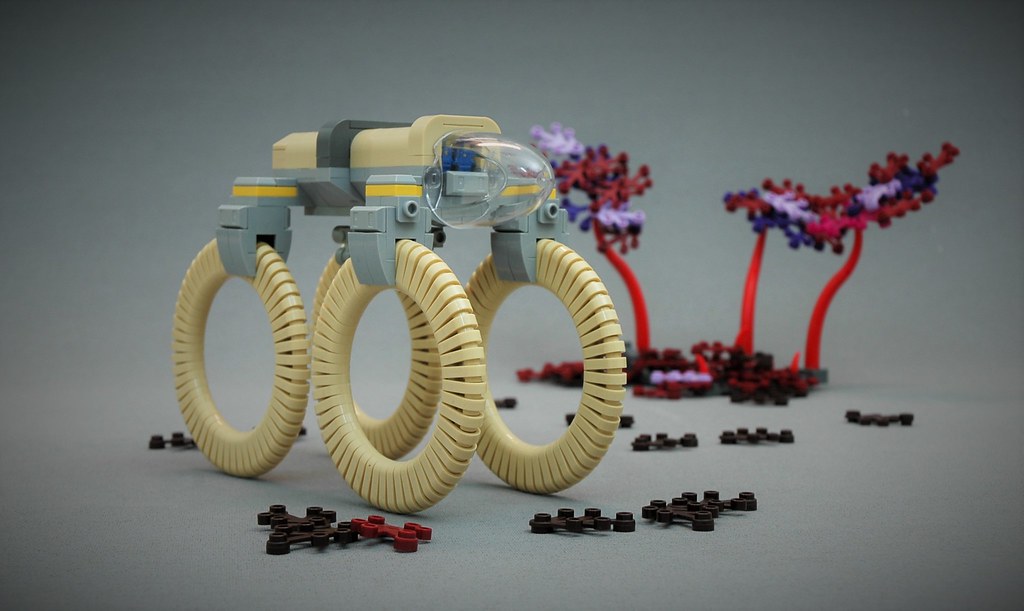 While I’ve seen the 1×2 plate with rounded corners used as tiny rover tracks before, simply by flipping it up on its side, this rover puts them to work in an all new, spectacular way. By only pressing one side of the pieces together – leaving a gap on the opposite side – it’s quite possible to bend flat or square bricks to make curves and circles. This technique might not fly in an official set, but who says LEGO fans have to listen to any rules when they’re making their own creations. It may just be a simple looking little 1×2 plate with rounded corners, but I know tons of LEGO builders were excited when they first saw it. This is just another innovative use for it.