Graffiti is commonly found in alleyways, on abandoned buildings and railway cars but you don’t think of it as being scrawled on spacecraft. That’s why it is so neat to see it on Peter Stella’s newest LEGO creation. This is a shuttle from the gritty…or partially gritty Elysium movie from 2013. For those who haven’t seen the film, the citizens of Earth live in squalor, filth, pestilence and turmoil. That’s the gritty part. The non-gritty parts of the movie takes place on Elysium, a beautiful, clean utopian space station orbiting the Earth where the rich and powerful live. The station is technologically advanced, with devices that can cure diseases, reverse aging, and even regenerate body parts. Earth, not so much. The film makes deliberate, heavy-handed socio-political commentary and, as you can imagine, tension ensues. Anyway, in a LEGO world of Star Wars and Harry Potter it’s nice to see someone of Peter’s caliber give Elysium a bit of love. And graffiti. 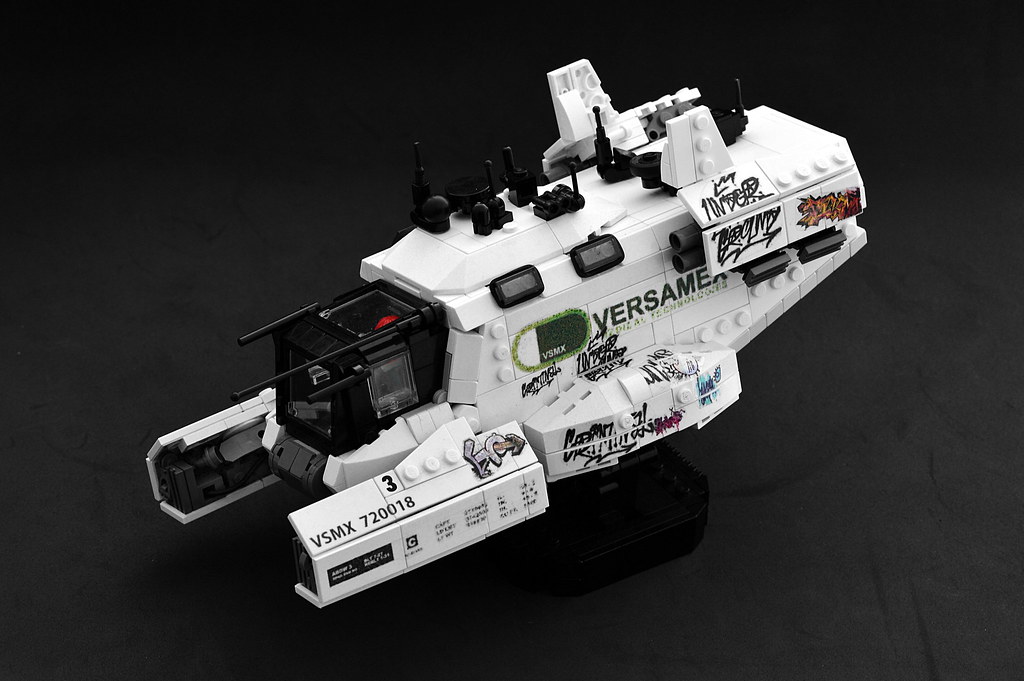