When the bomb squad has to get up close and personal with an explosive device, the technicians will don an explosive ordnance disposal suit (AKA, a bomb suit), which is a highly reinforced set of body armor. LEGO builder Djokson has crafted a high-tech version using a variety of odd LEGO parts. The black bits are mostly rubber tires turned inside out, while the top of the helmet and the chest are opposing sides of an X-pod canister from 2004. One particularly clever bit is the knob on the chest, which is a LEGO magnet held on purely by magnetism, thanks to another magnet inside the suit. 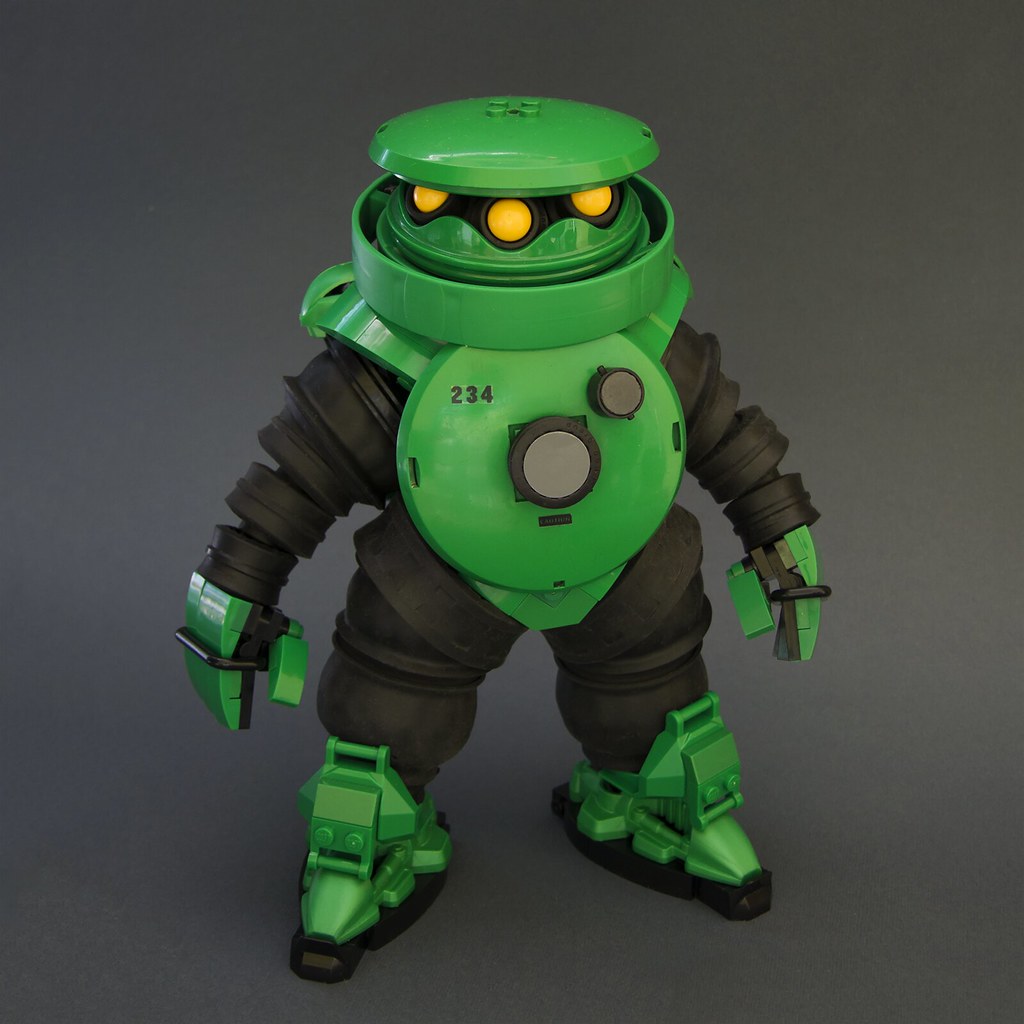 I generally pride myself on being a parts guys and can generally recognize most LEGO elements quickly. But there’s one that’s throwing me for a loop here, so I’m going to crowdsource the answer from all of you. The green ring for the neck has me at a loss. It looks very familiar but I can’t quite put my finger on it enough to locate it on a resource like Brickset or Bricklink. So leave your guesses in the comments!

5 comments on “This model’s the bomb (squad)”