Today, LEGO has shared a short funny video teasing the setting for its next Ideas set. A stop-motion animation puts us right in the middle of a long queue of knights with their weapons and armor bent and severely damaged in battles. Although the video doesn’t show the set itself, we already know that it’s all about the Medieval Blacksmith that should be announced very soon. 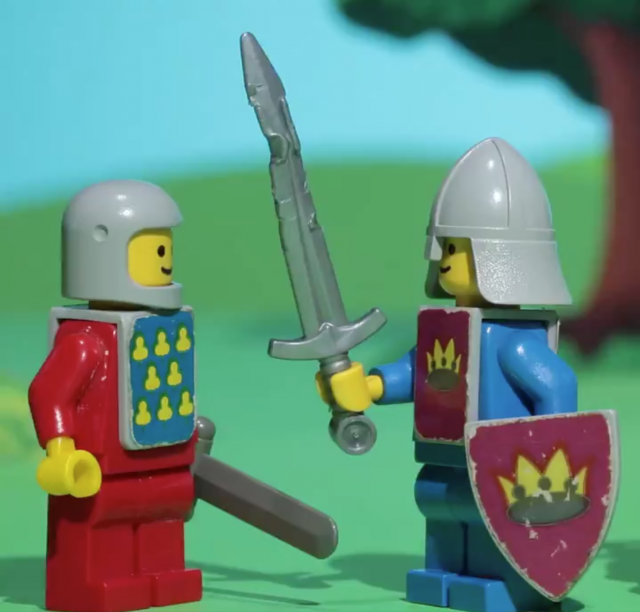 Moreover, thanks to Amazon.co.uk we’ve got the first look at the model a couple of weeks ago. We still have to wait for the official press release for a detailed look at the minifigures that will come with the model.

Good things are worth waiting centuries for…. pic.twitter.com/PdFJf2MfoO

Speaking of the minifigures, the video gives a nice LEGO castle minifigs retrospective, from the oldest designs to the newest ones. According to a tweet from Samuel Johnson, LEGO Ideas design manager, some of the oldest minifigures featured in the teaser come straight from his personal collection. If only Sam could include them in the actual set…

Some of the old knights in this video are from my own #LEGO collection! ????#LEGOIdeas https://t.co/Yu3DZHS0zX