It seems to be impossible to be a LEGO fan and not like dinosaurs. With LEGO Ideas 21320 Dinosaur Fossils and LEGO 75936 Jurassic Park: T. rex Rampage, it’s so easy to add an ancient creature to your home collection. But no matter how cool a set can be, it’s often the fans who design the most impressive models. Meet this enormous 6.5-feet-long, life-sized velociraptor skeleton designed by Damian Thomas. 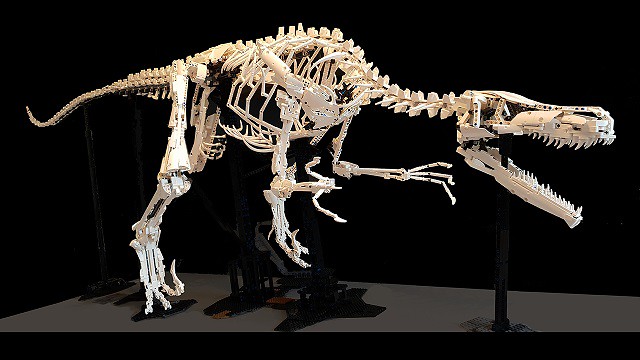 This marvelous creation looks extremely life-like thanks to the choice of the building elements. By assembling it with LEGO Technic pieces, Damian achieved a striking resemblance to the actual fossil bones we can see today in museums. The whole skeleton consists of about 2,300 LEGO pieces. This is a surprisingly small number of pieces for such a massive creation. To put this into perspective, the biggest LEGO Technic set, 42100 Liebherr R 9800 Excavator, includes over 4,100 pieces. Obviously, you won’t be able to build a velociraptor skeleton using the pieces for an excavator. Still, maybe you can dig out a real one using the model’s Bluetooth-controlled functions. 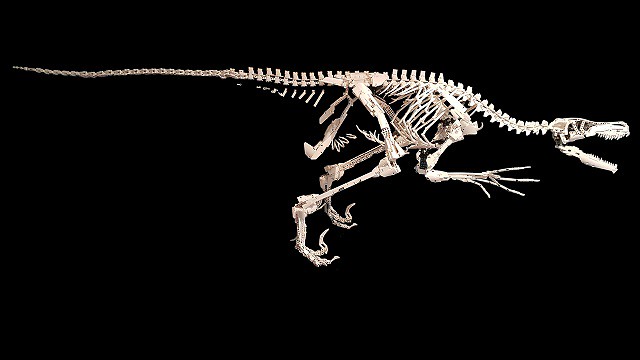 It looks like Damian started the design with the velociraptor’s skull. A picture he shared on his Flickr account back in November 2020 reveals amazingly precise work with Technic panel pieces. While it’s the panels and the liftarms that helped create a model that’s both visually stunning and structurally robust, acquiring more than 2,000 pieces in white was likely quite a challenge, as it’s not the most common color for LEGO Technic sets. 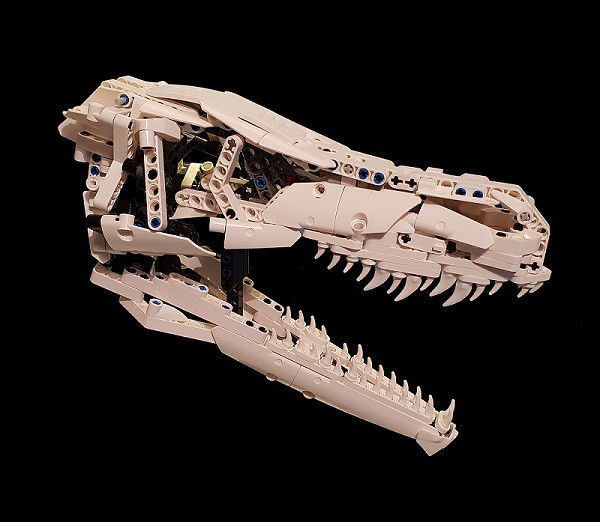 The model is resting on several brick-built stands that add about another 300 pieces to the build’s total. While these are definitely secondary elements of the structure, I can’t help but notice how impressive the skeleton’s posture is. And Damian says the model is quite poseable thanks to many built-in joints. With its head lowered, claws open, and the tail straightened behind, it looks absolutely intimidating, ready to attack. Keeping such a monstrosity in a living room must be quite unsettling. 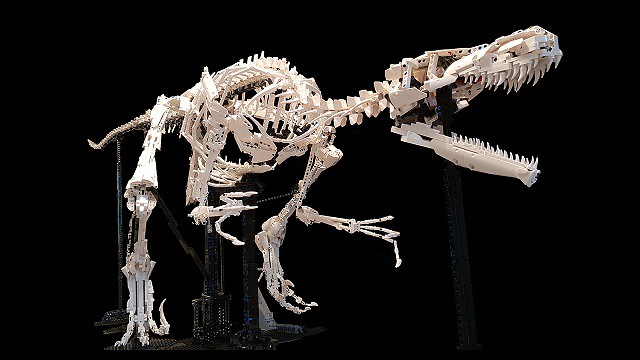 If you liked this build by Damian, make sure to check out other skeleton skulls he built before. Models of a Dilophosaurus, a Triceratops, and a Tyrannosaurus Rex shows what can be achieved with enough Technic panels and fantastic talent. 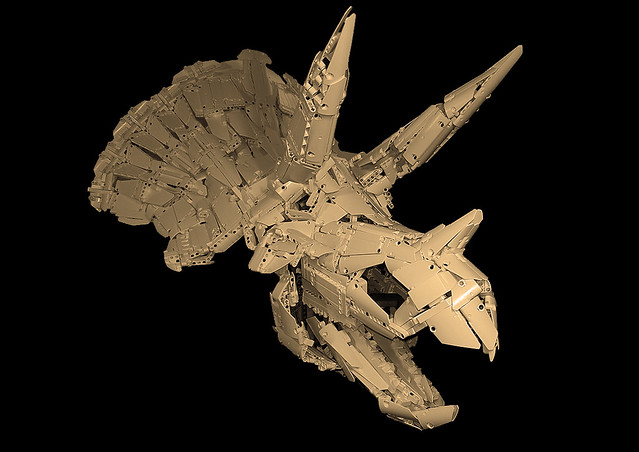