Depending on your point of view, there is something strange about seeing Boba Fett on a throne. The royalty position is a rare sight for the bounty hunter, who firmly declared that he is a simple man, like his father, Jango Fett. Well, let this image marinate until we learn more about his occupation of Jabba the Hutt’s palace. 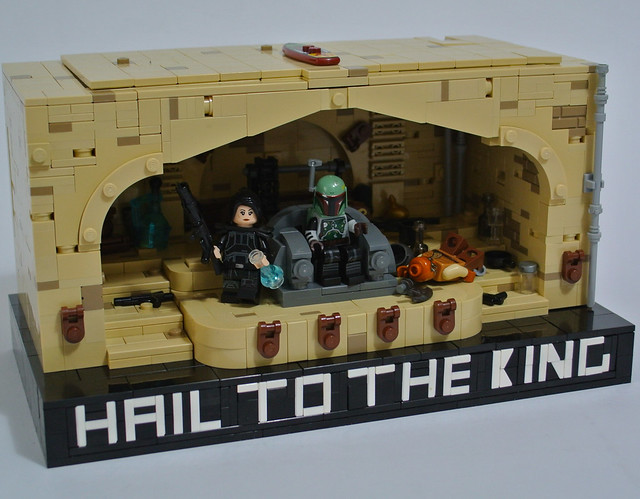 Robert Maier makes a statement through the build’s title “Hail to the King.” The skiff guard (from 2017’s Desert Skiff Escape set) learns the hard way after encountering Boba Fett and the sharp-shooting assassin, Fennec Shand. Overall, the arched molding around the palace is an impressive display of symmetry. The base of the platform is lined with reddish brown Modified 1 x 1 Rounded with Bar Handle plates. They symbolize the head sculptures on Jabba’s throne. Ahem, we mean Boba Fett’s throne. There’s a new king in town. Check out Robert’s previous build here.