Have you ever considered the possibility of actually being thrilled to see a cop’s flickering lights in your rearview mirror? I know, it seems like a stretch of a premise, but hear me out. The lights come on, you break out in a cold sweat and in a hurried panic keister the banana you were going to eat for lunch later. Then once he pulls you over and taps on the glass it’s all-yes, officer, no officer, anything you say, officer. It’s only after the ordeal is over that you realize it’s not illegal to transport a banana after all and you feel like a damned buffoon. We’ve all been there, right? No? OK, forget I mentioned it. Here’s an awesome LEGO classic wagon built by Versteinert that, if seen in the rearview mirror, probably would make the experience of being pulled over just slightly more palatable. 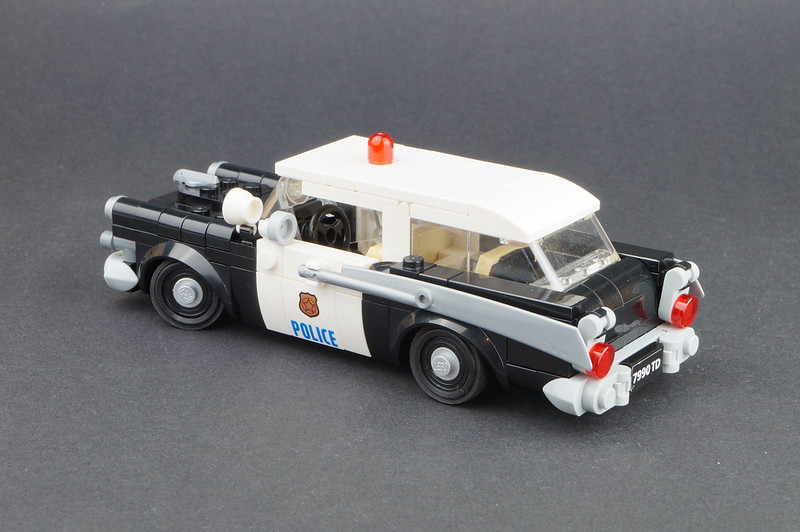 Versteinert knows a thing or two about classic cars. He designed the new LEGO Ideas gift with purchase set, after all.