The governments of the world spend a lot of money on military hardware. Maybe they should look to Aaron Newman for ways to save some funds. I mean, LEGO is expensive, but it’s not THAT expensive. And these micro-machines look pretty capable to me. Aaron has shared three quality builds, each with clever scale reductions. Standout details include the guns on the battleship made from modified 1×1 round plate, the curved sand-green slopes on the wings of the plane, and the modified cone in the tank’s barrel. If you’d like to build your own, Aaron has made the instructions available for free. 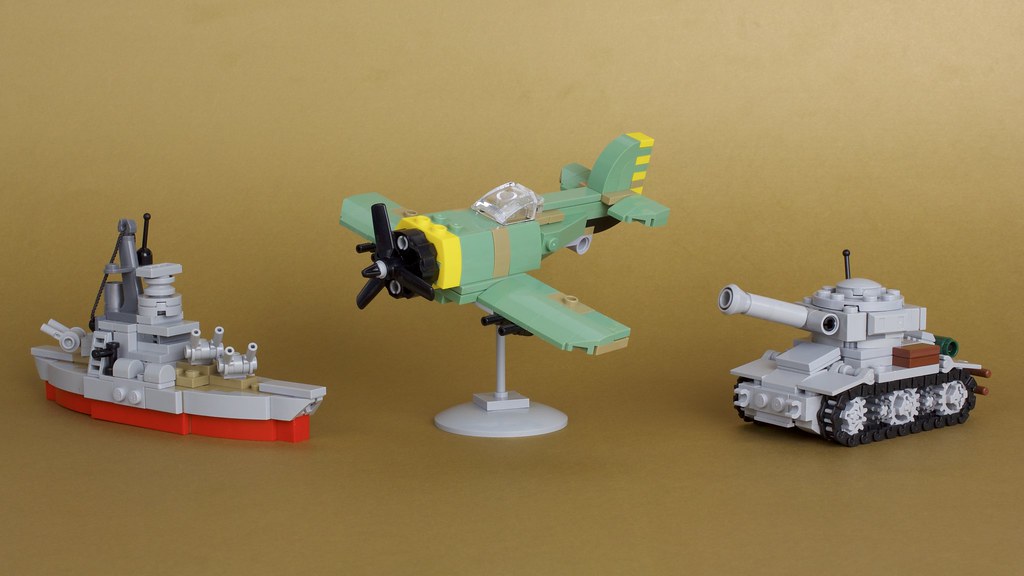 LEGO may not produce official military sets, but that hasn’t stopped the fan community from building their own. Our military archives feature some great builds ranging from the historic to the fantastic. (As well as reviewing the sets that LEGO sort-of-but-not-quite let slip through the cracks.)