Starting in the sixties, the CIA and the US Air Force operated a fleet of Lockheed Blackbird reconnaissance aircraft. At first, the aircraft were top secret, but over the years a lot of information has become unclassified. They were spectacular. Even now many of their speed and altitude records remain unbroken. 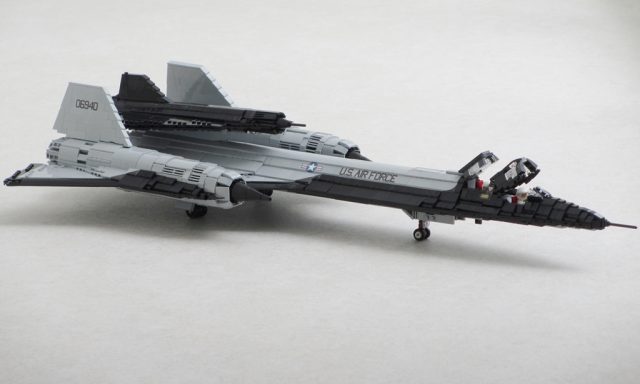 The most famous Blackbird is the SR-71 and those indeed were all black, as their name implies. However, some of the SR-71’s older relatives were not black at all or only partially black. My latest model represents one of these: the sole surviving M-21. This was a version intended to launch a ramjet-powered D-21 reconnaissance drone. The model is minifig scale (roughly 1/40), can seat a pilot and launch control officer under two separate cockpit canopies, and carries a model of the D-21 on its back. 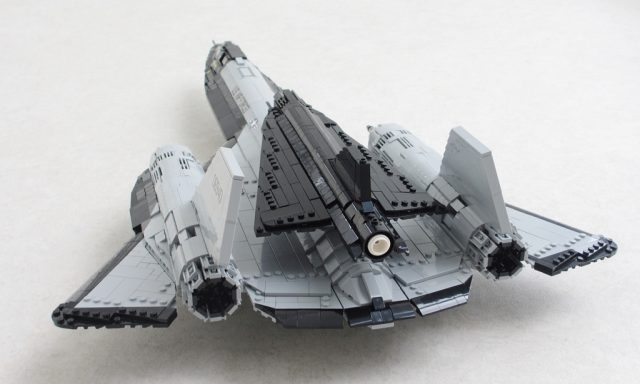 Most of the outside of the real jet consists of unpainted metal. I like that it is not actually black; a lot of the details are much more visible that way. The aircraft still exists and is on display at the Museum of Flight, in Seattle, where I saw it during a trip to Washington State back in 2016. I also find the history of this particular version fascinating. To me it was the obvious Blackbird to build for my own LEGO aircraft collection.

Nowadays you can find satellite photographs of just about any place on Earth on the internet. We are used to having vast quantities of information right under the tips of our fingers. However, at the height of the Cold War, back in the late fifties and early sixties, high-resolution satellite pictures were still a pipe dream. The only way the US could obtain hard information on what was going on deep inside the Soviet Union was by flying aircraft through its airspace to take pictures. The original aircraft for these dangerous missions was the U-2. A special division of Lockheed, known as the Skunk Works, built it in deepest secrecy. The overflights abruptly ended in 1960, though, when a surface-to-air missile shot down a CIA U-2 during an eight-hour mission over the Soviet Union. Its pilot, Francis Gary Powers, survived. The Soviets captured him, put him on public trial and sentenced him to ten years imprisonment. This event caused massive embarrassment to the Eisenhower administration, who subsequently banned manned overflights. At the time, the Skunk Works were already hard at work designing the U-2’s replacement, under project “Oxcart”. Their new jet, called the A-12, could fly higher and faster than the U-2, which made it much harder to intercept. It was the first of the Blackbird family. 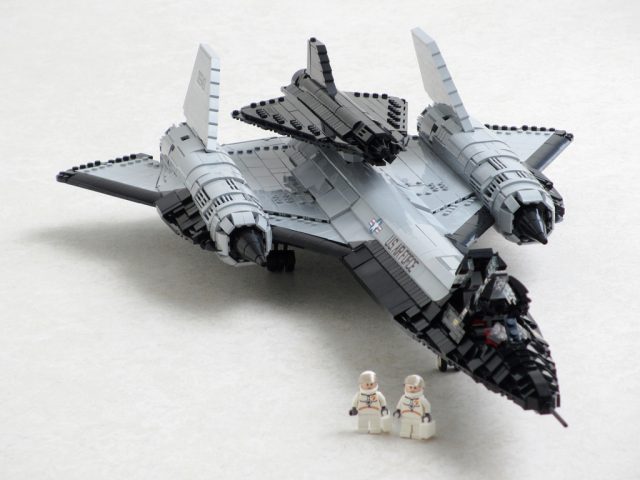 However, it too was banned from flying over the Soviet Union. There was a loophole, though. Manned flights were banned, but nobody said anything about unmanned flights. Again, in deepest secrecy, the Skunk Works built the D-21 drone. Its ramjet engine pushed it to even higher speeds and altitudes than the Blackbird. The D-21 lacked range, however, and its engine could only start when it was already flying at high speed. So the Skunk Works modified two of the A-12s for carrying drones. These became the M-21s. After launch from the mother ship, the drone would autonomously fly a route through hostile airspace to take pictures. Once re-emerging in international airspace it would drop a capsule with the exposed film, before self-destructing. This was a complicated scheme and, unsurprisingly, it wasn’t a success. 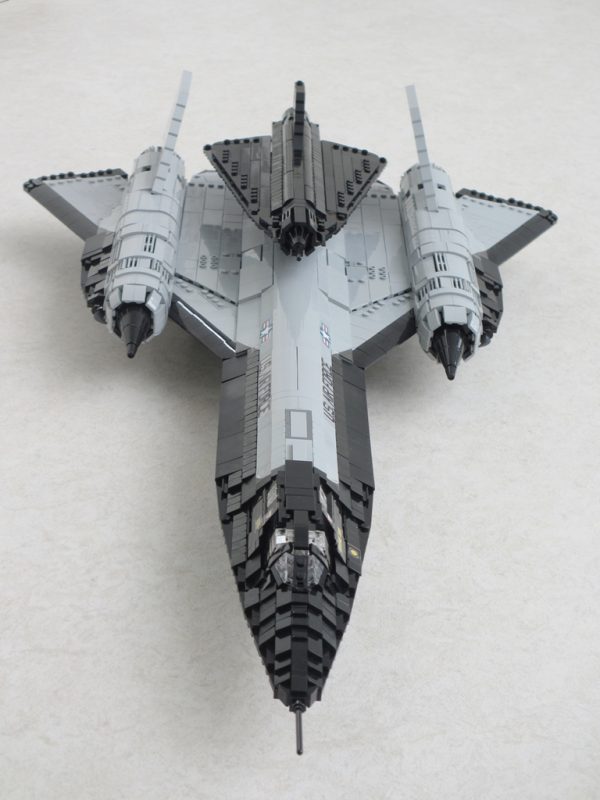 The first M-21 performed a lot of tests flights with the drone attached. Because it had more powerful engines, only the second of the two M-21s could fly fast enough to launch the drone. After three successful launches over the Pacific, the fourth attempt ended in tragedy. Just after launch, the drone struck the M-21, causing it to break up in flight. Both crewmembers ejected, but unfortunately the launch control officer drowned in the ocean after his pressure suit filled up with water. This failure resulted in the project’s cancellation. The D-21s lived on, however, and reportedly flew four operational missions over China. A B-52 served as their launch aircraft and, because the B-52 couldn’t fly fast or high enough, the drones used a solid-propellant rocket to accelerate them. The A-12s flew reconnaissance missions over Vietnam and North Korea. The later and slightly larger SR-71 was operational until the nineties. The U-2, meanwhile, is still in service. The M-21 is now a beautiful museum piece and a testament to both the Skunk Works’ genius and the madness of the Cold War.

4 comments on “Not all Blackbirds are black”