Less is more when Mitsuru Nikaido takes on a build. The few shades of light and dark grey, or the use of white elements are a minimal approach that yield some very complex projects. Mitsuru’s latest LEGO Mech Hermit Crab Mk2-17 adds to his robot menagerie that still has us stunned by the centipede, a nautilus, and a skeleton fish. The hermit crab, like the other creatures, is what one would have expected in 2020 — an advanced machine built to mirror its natural life form. 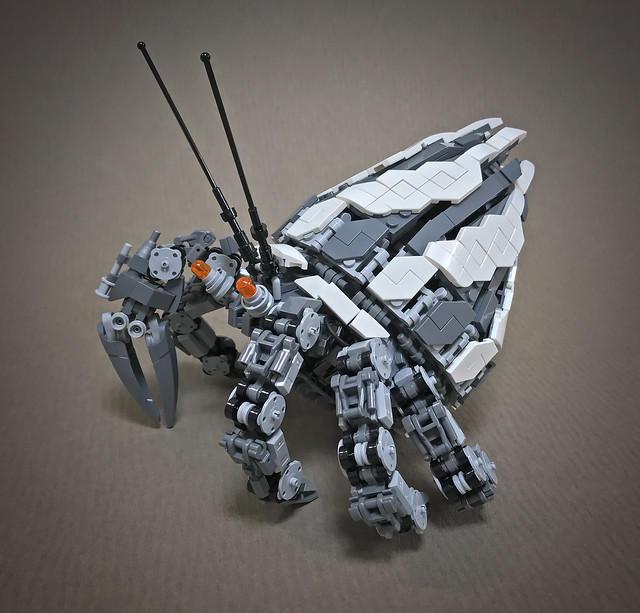 The movement capabilities of the Mech Hermit Crab Mk2-17 extend the imagination. Its legs bend in and stretch out using an intricate system of joints for its six legs. The grey underbelly highlights the Technic link tread wide, one of Mitsuru’s often-used elements. On its back is the real kicker, a shell that opens and closes to reveal what could be a blast cannon. Hermit crabs can make a home out of LEGO bricks, as long as they can carry it on their back. In this case, this crab is fully equipped for any challenge. 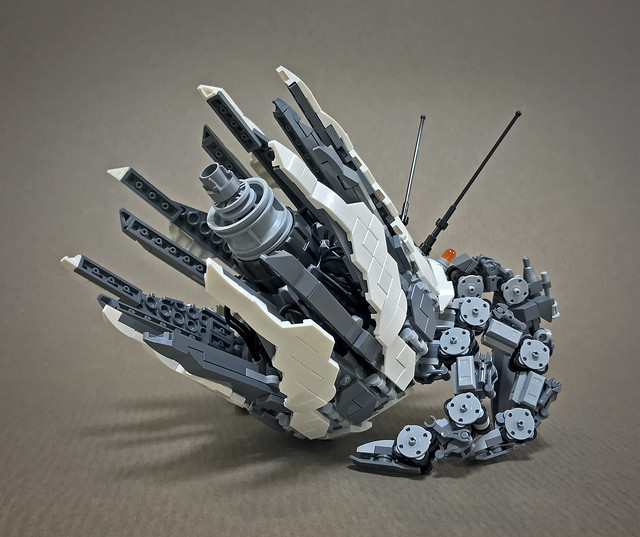