You may have heard us throw around the term Vic Viper before. For those not in the know, the name was taken from a ship in the Gradius video game series and it describes a spacecraft that has two forward-sweeping wings that widen toward the rear, a centralized cockpit, and a central fin. The LEGO building trend was pioneered by adult builder Nate Neilson who had tragically passed away in 2010. A full ten years later many prominent builders still honor Nate’s tradition by building Vic Vipers usually in November…or NoVVember. Blake Foster is no stranger to our archives but surprisingly this is his first Vic Viper. It’s called the Photon Chaser High-Performance Tactical Viper…or PCHPTV. OK, I made up the acronym, and admittedly Photon Chaser is far better. While this may be Blake’s first rodeo with a Vic Viper he’s brought his usual A-game and stellar build techniques. 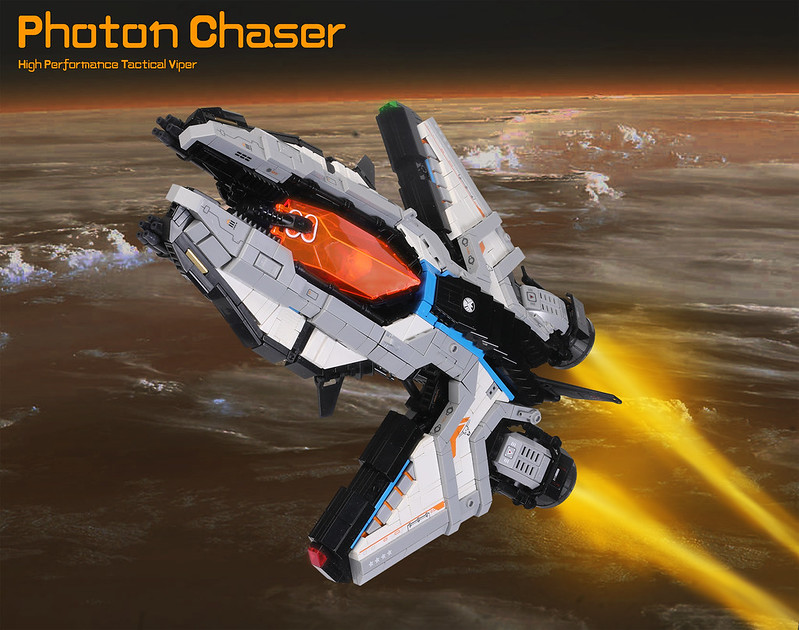 Care to stay awhile? Check out our extensive Vic Viper archives from a slew of some of the world’s most talented builders.