Sure, 1×1 studs or square plates certainly can get a mosaic job done, the fairly recent LEGO Art sets are case in point, but there is always more than one approach to an art form. In this recent LEGO model built by Andreas Lenander, he admittedly takes a crack at a different way to mosaic with some inspiration from Katie Walker. 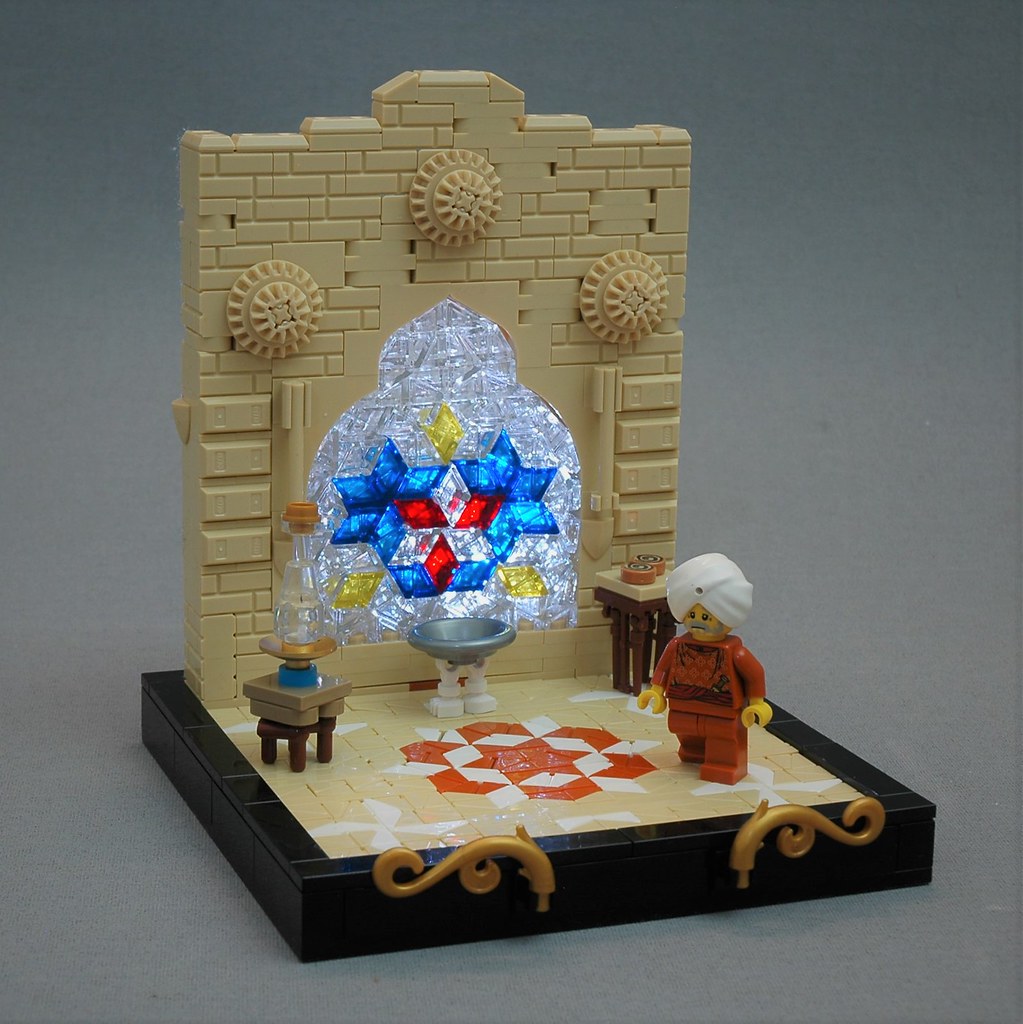 The approach here is primarily utilizing the 1×1 cheese slope in the creation of the mosaic. Lenander not only does a beautiful floor with this process of mosaic-work, but he also creates an amazing brick-built wall that has the aesthetic of a stained glass window using translucent clear 1×1 cheese slopes in popping complimentary colors. Of course, the structures formed by this technique are not stable as there aren’t any stud connections made here, but as long nobody is turning this model upside-down or giving it a good shake, we have an amazing build to look at. Pictured below is a closer look at the painstaking process. 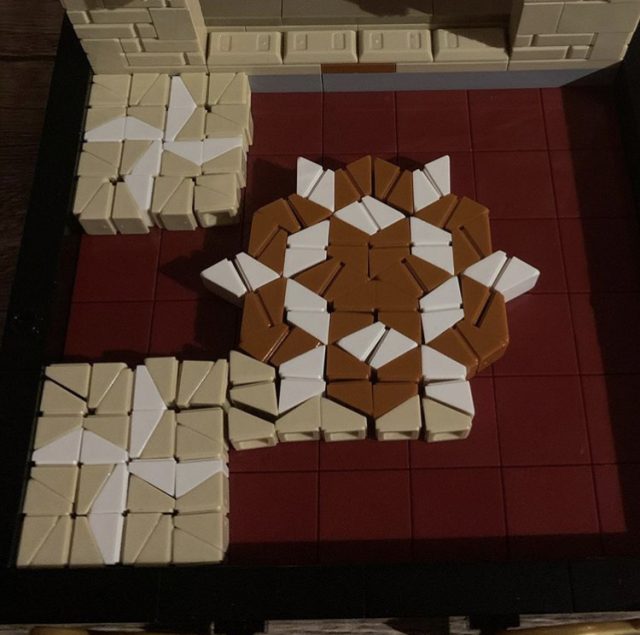 2 comments on “A different kind of LEGO mosaic”