Did you ever feel bad for the cute baby dragons that kept being harassed by Ragana back in the LEGO Elves theme? I did. So I built some mechs to let them defend themselves, and then (since I only had three dragons) I built an evil cat mech in the same style (I know, I know, “evil cat” is redundant…). I’ve already written about one of these mechs, but I think they look even better all together. When I started building for the fan challenge Mechtober, I half-heartedly built the small black mech. But then, as usual for me, I got excited and invested and built a larger dark grey one, followed by an equally large light grey one, and finally a white one. I have a hard time going halfway on projects, it seems. 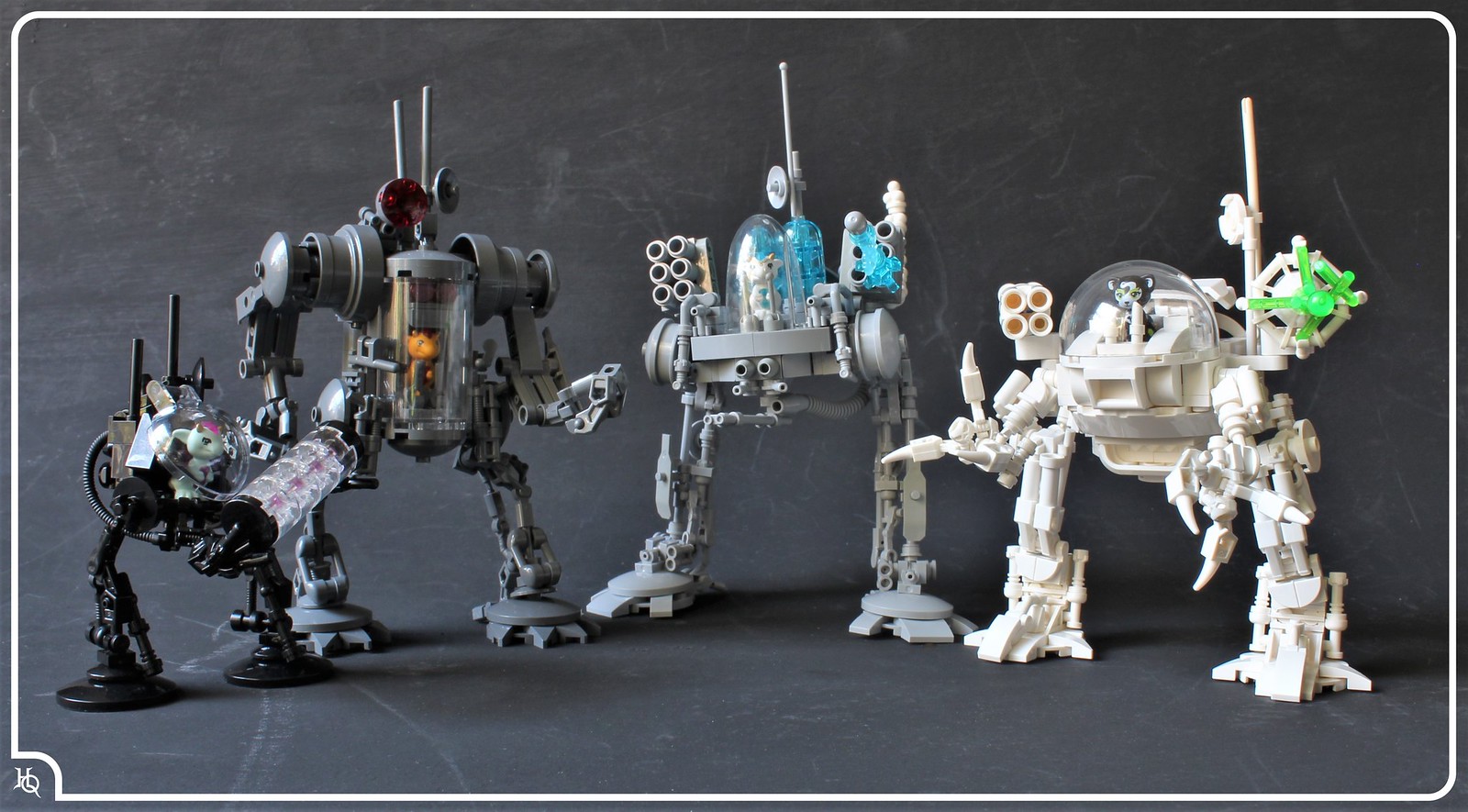 The minimalist style I started with, relying on lots of bar-and-clip connections, was carried throughout, but it was interesting to find what parts were color-limited for me. For example, I do not have any bars with clip in white, which was one of the key connection points on the black and grey mechs; that meant I needed to get creative, and ended up using most of my white skeleton arms to compensate. I was especially happy with the light grey one’s cockpit, since I have always wanted to use that canopy for something besides a Ninjago spinner. Will they keep the dragons safe? I don’t know, but they’ve at least got a fighting chance now.