In an iconic early scene from the first Harry Potter book, poor uncle Vernon finally cracked when a veritable flood of letters came pouring down the chimney. He had the entire family leave the house to try and prevent contact from Hogwarts. However, upon staying in a gloomy hotel, he was shocked to see letters turn up there even. Eventually, he took his whole family to a hut on a small rock on the sea. This creation by gaylespiller, although not entirely “movie-accurate,” really manages to capture the scene perfectly in LEGO. The hut itself is made out of a brown framework built from bricks with a stud on one side. The gaps in this framework are filled in with brick tiles and plates of all sorts, creating an old, crooked, and weathered look. 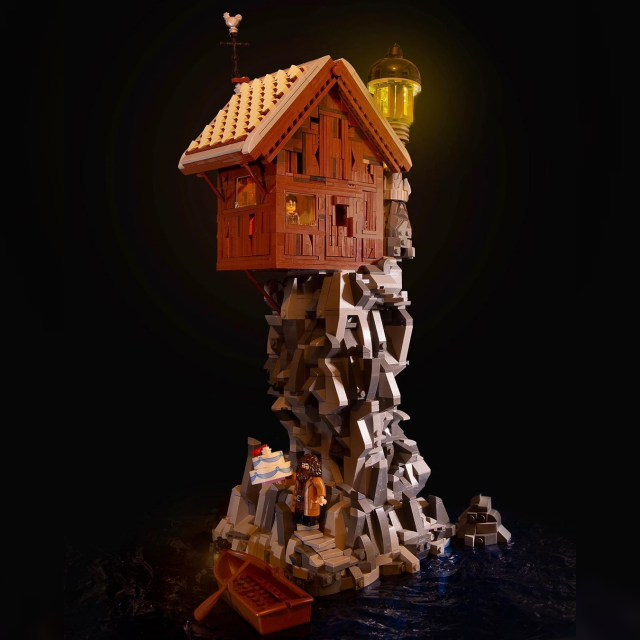