Batman’s watercraft mostly played second fiddle to his main vehicles in The LEGO Batman Movie. It would have been great to see a submarine from his fleet explore the deep seas of Gotham City. Stevenpavan created the BATSUB, modeled after the Yellow Submarine, with some major upgrades, and of course in black. The BATSUB’s specs are imagined with the type of realism you’d expect from some tinkering by Lucius Fox. According to the builder, it’s armed with electromagnetic harpoons (on its sides) and EMP blasts (not visible). We’re just happy to see that it has dual propellers and a removable roof to place a few minifigures in the cabin. 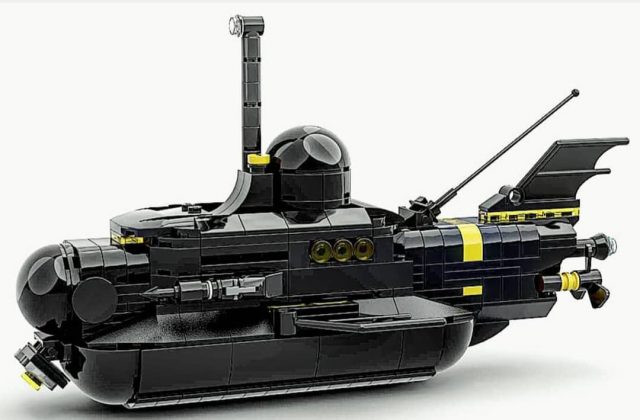 Taking inspiration from a previous vehicle to create a Batman version is something we’ve seen before. The Bat-Space Shuttle (70923) had a similar shape to the spacecraft from the LEGO City Spaceport (60080). The Bat Space Shuttle also included more of the Dark Knight’s hi-tech transport like the Bat Kayak, which was a small accompaniment in a LEGO Batman Movie set after the Batboat (“Riptide”) came with the Batcave Break-in (70909). The Bat-Jetski took on Killer Croc’s pick-up truck in set 70907. The BATSUB is one of Batman’s bigger, yet more rare vehicles that combines power and even more stealth than the previous lineup.

Check out more photos of this creation below. 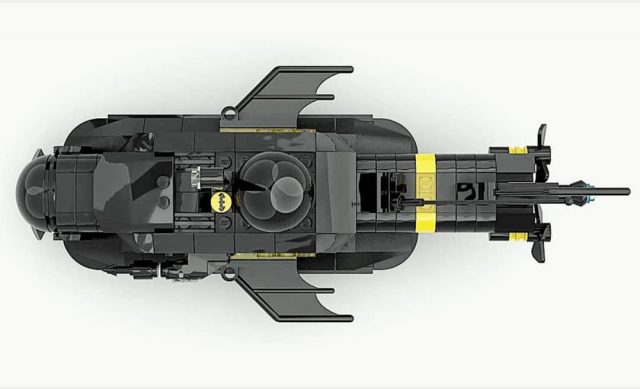 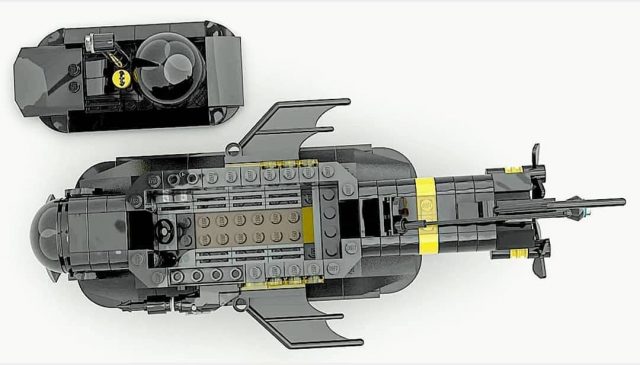