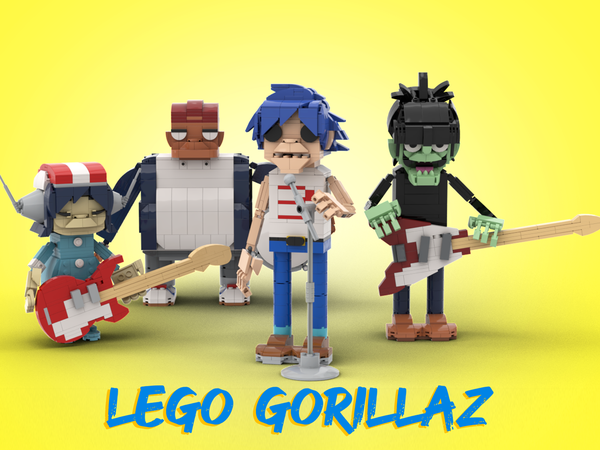 Since the debut of Gorillaz in 2001, its members 2-D, Murdoc, Noodle, and Russel have appeared in various forms. The human counterpart of character 2-D also comes to life on stage for concert  performances by Gorillaz creator and musician Damon Albarn. The band’s animated personas, designed by co-creator Jamie Hewlett, have a life of their own that has evolved over the course of six studio albums. It makes sense to see them shaped using LEGO bricks and elements.

Legotruman stays true to each member’s looks, including their signature instruments. 2-D is paired with his mic-stand; Murdoc wields his bass guitar “El Diablo”; Noodle holds her Fender Telecaster; Russel clutches his broken drum. Legotruman’s two versions of LEGO Gorillaz are both inspired by the 2005 KidRobot Red Edition and CMYK figures. Gorillaz is known for converging sounds from all genres of music for almost 20 years. Damon Albarn’s vision of  collaboration is in line with LEGO’s ethos for playing well together. The lore behind all of the characters has spawned threads upon threads of storylines to take you down a rabbit hole. We’ve seen custom LEGO creations inspired by Gorillaz take a similar course, spawning the form by Snips~ as BrickHeadz and a figure of 2-D. Earlier this March, yop1172 created memorable parts from Gorillaz’s first three albums.

Check out the full lineup of characters at LEGO Ideas plus legotruman’s other creations. 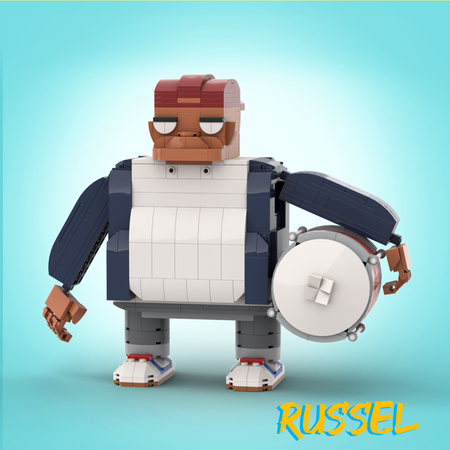 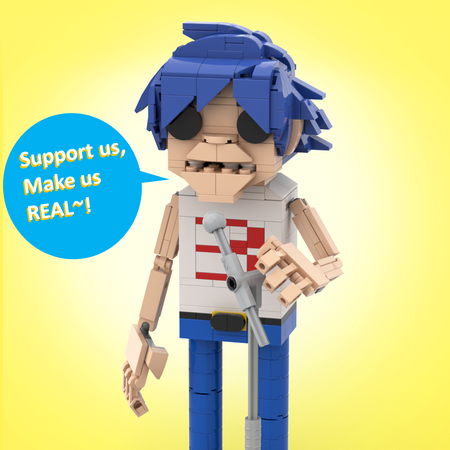