The view of New York City from the street level comes with a mixed bag of emotions: excitement, curiosity, and for some natives and tourists, claustrophobia. The beauty of its skyline however, when observed from a bird’s eye view, can turn the metropolis into a piece of art like a LEGO sculpture. A new brick-built model of Manhattan, designed by Axcit is awe-inspiring in its overall scale of 144 cm (56 in) long, down to the details of the many landmarks he was able to fit in the model. In a Reddit post of his masterpiece, Axcit drew hundreds of comments. Between compliments and requests for building instructions, what took the cake were the differing opinions on its authenticity, flying like a typical New York debate of where to get the best pizza (sans NY accent). 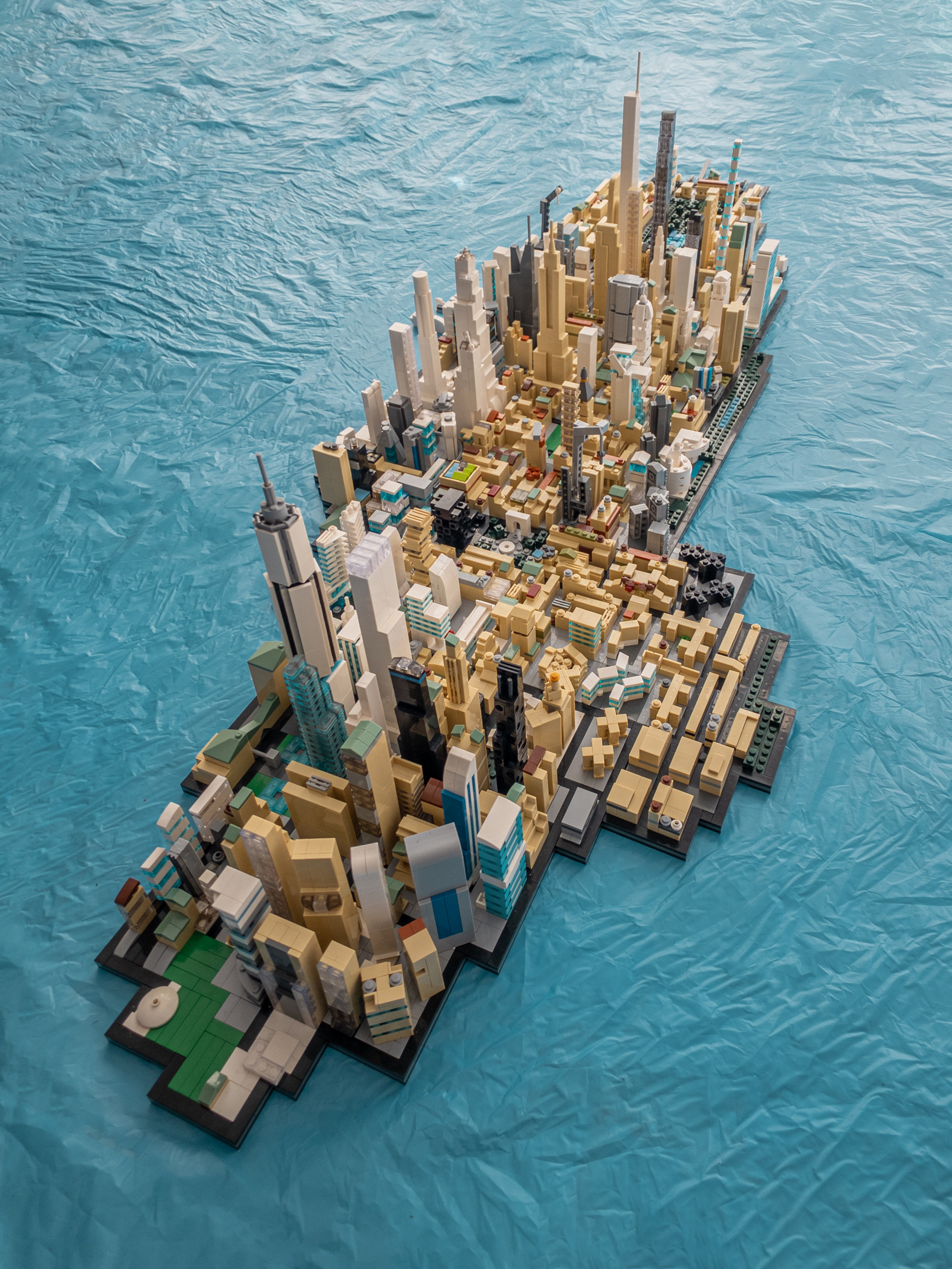 The development of Axcit’s micro NYC went through various phases of development over the course of two-and-a-half years, using multiple LEGO Architecture sets. With each of the four versions, the MOC grew to include more landmarks (see Version 1, Version 2, and Version 3 + 4). He lists 52 landmarks in its current display. The Statue of Liberty, 1 World Trade Center, the 9/11 Memorial, City Hall Park, Washington Square Park, Madison Square Park, Times Square, and the New York Public Library are just a few notable spots. Avengers Tower is in there too, but sadly no Ghostbusters Firehouse (Hook & Ladder Company 8). Axcit’s inspiration for his city planning came from Playstation 4’s Spider-Man video game, Google Earth, and his general obsession with the city. The next phase of his build looks to re-create Brooklyn. If there’s anything we hope to expect from this build’s expansion, it will be Coney Island, Prospect Park, and the many trees that grow in Brooklyn. 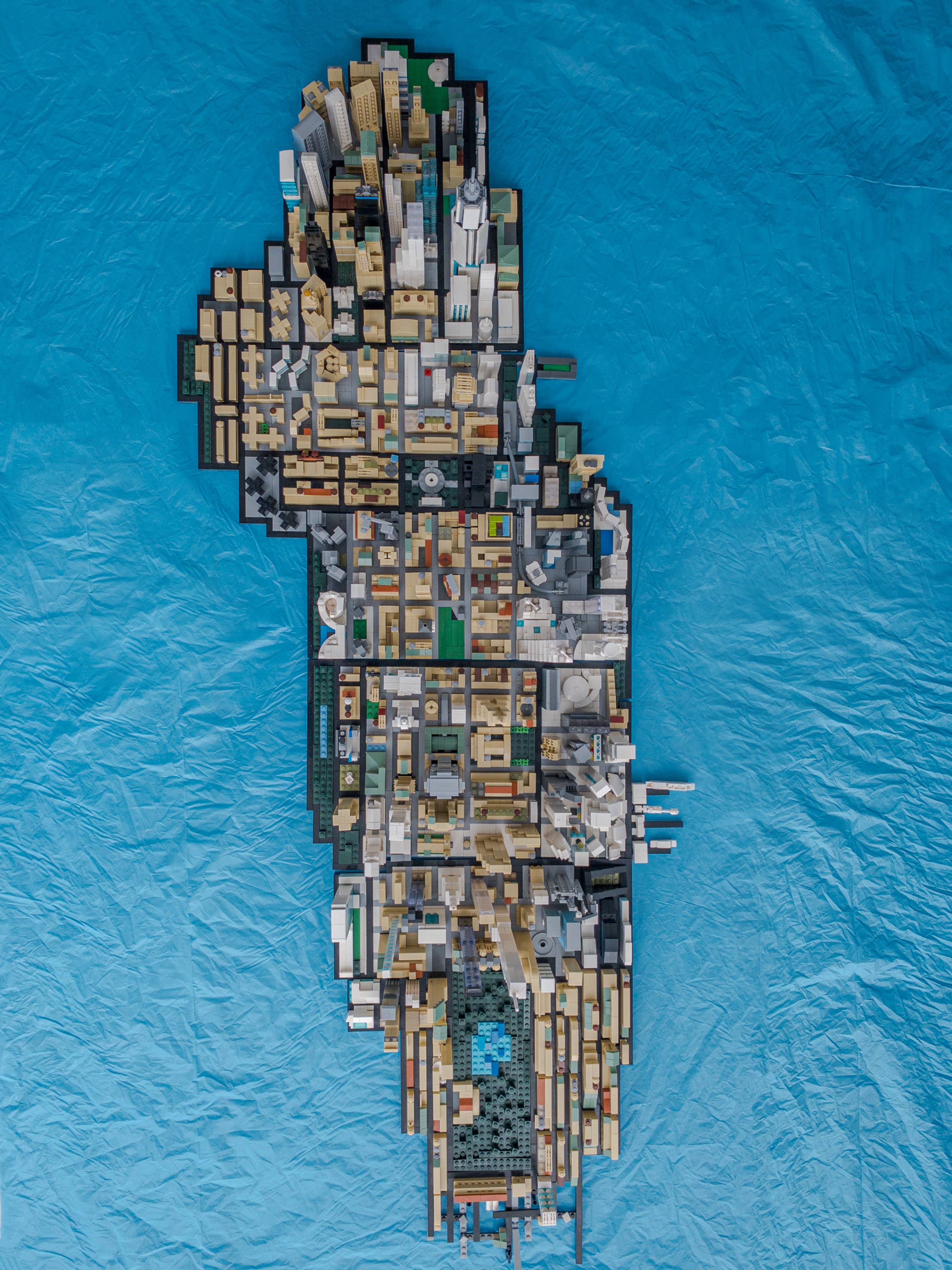 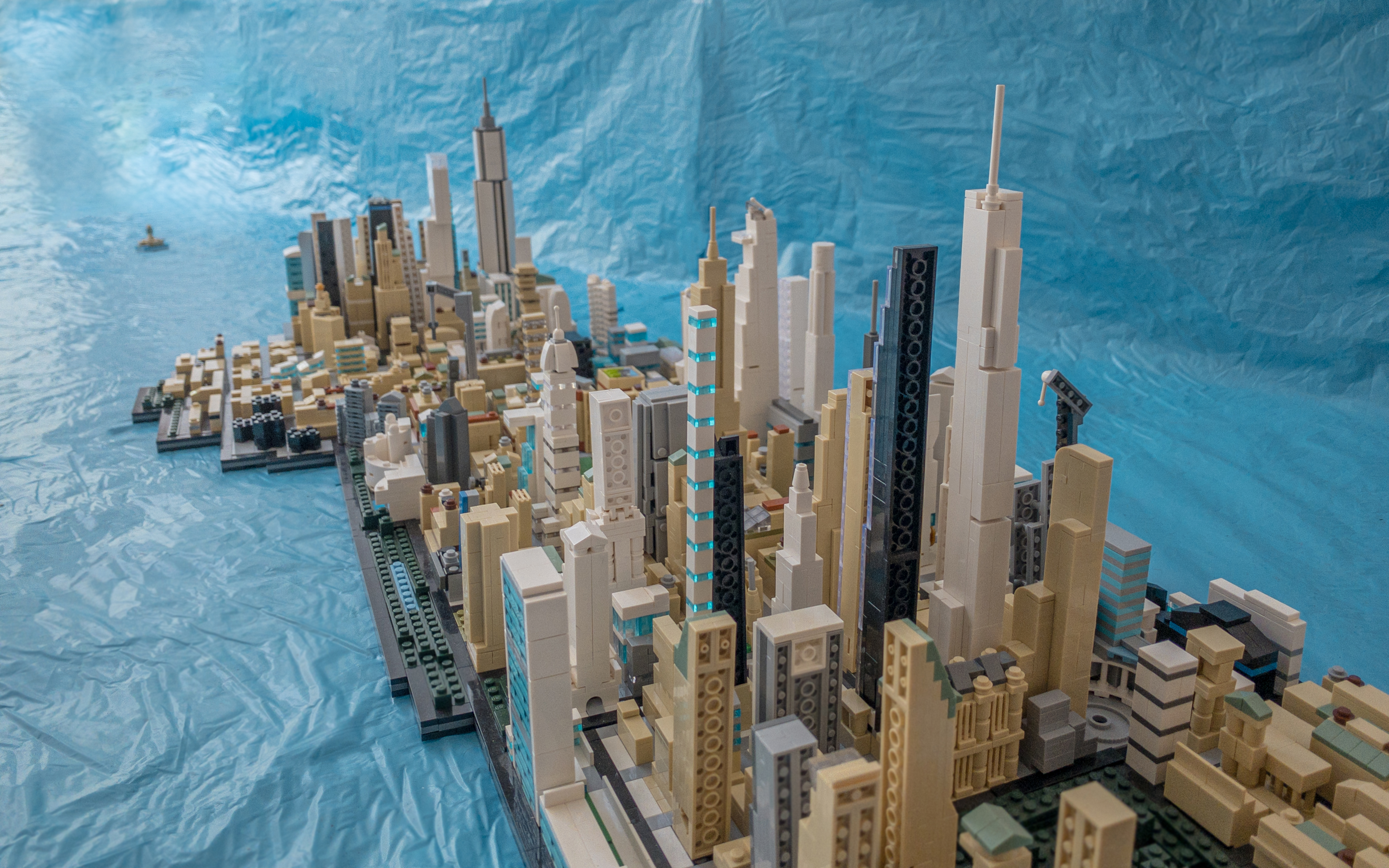