As evil armies spread across the land, a young boy from a farming town journeys to strange places on a quest to defeat the mighty villain. Accompanied by a group of friends and gifted a glowing blue sword, he soon finds himself in the company of a weird little creature speaking in odd sentences, before ultimately defeating evil by casting it into a giant pit. That’s the backdrop for this mighty tower, which LEGO builder CRCT Productions calls The Emperor’s Eye or Vader’s Barad-Dûr. 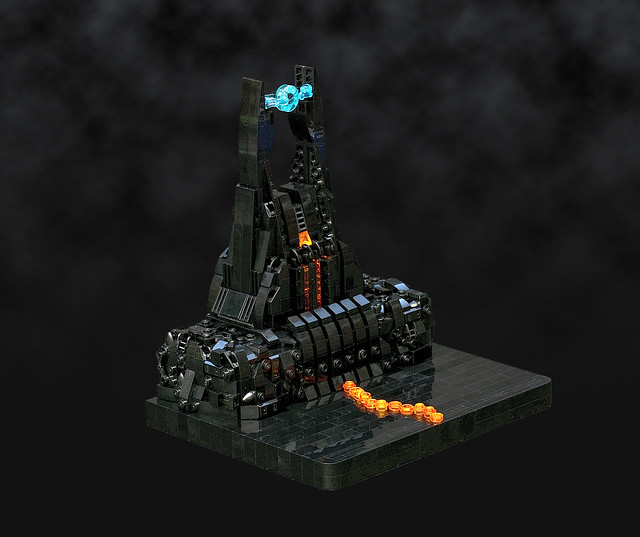 The Lord of the Rings and Star Wars share a lot of similarities, but perhaps none so visually striking as the resemblance of Darth Vader’s Castle to the architecture of Sauron, and this nifty little microscale diorama shows the resulting mashup. The best part is the Force-blue glowing eye between the spires. The squared-off base works well to counterpoint the jumbled lava rocks around the foot of the tower, and there are some great parts hidden if you look closely, such as chain links and robot arms.