The sequel Star Wars movies brought us the MG-100 StarFortress SF-17 Bomber. Nevermind trying to figure out how bombs can drop in the vacuum of zero-gravity space. Forget that they seemed to be dangerous fiery tinderboxes that would engulf its crew and anyone else within farting distance. They were neat and rather imposing visually, and when it comes to selling movie tickets and merchandise, that’s all that matters, really. Thomas Jenkins gives the Resistance bomber the LEGO midi-scale treatment and the result is quite good. LEGO sold us a minifig scale 75188 Resistance Bomber back in 2017 with, I would imagine, some moderate success. But this model, though smaller, seems to portray its shaping and proportions better. It just goes to show that you don’t need a massive payload of bricks to drop an accurate looking bomber like this one. 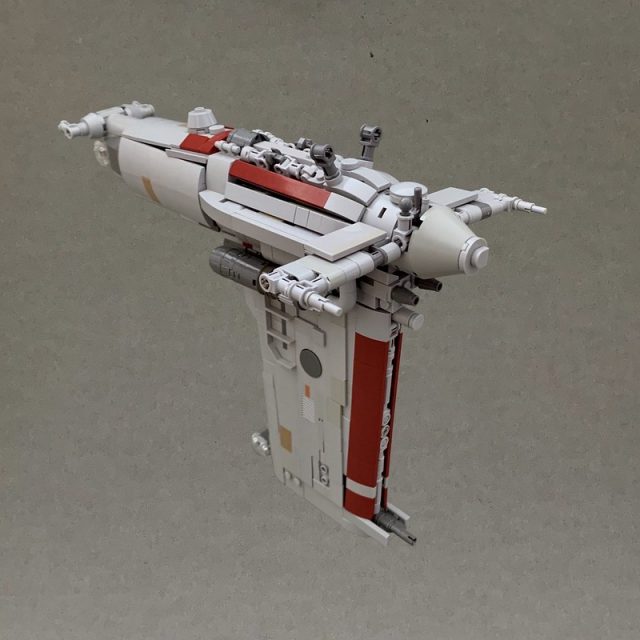