LEGO has been awarded the Webby Award People’s Voice Winner for the viral video with the LEGO Droid Orchestra video incorporating R2-D2 from 75253 LEGO Boost Droid Commander. The Webby Award is one of the oldest awards on the Internet for recognition of mastery and labelled as the Internet’s highest honour of excellence or the Oscars of the Internet. It’s presented by The International Academy of Digital Arts and Sciences on an annual basis judged by industry experts and technology innovators honouring the best of the Internet. 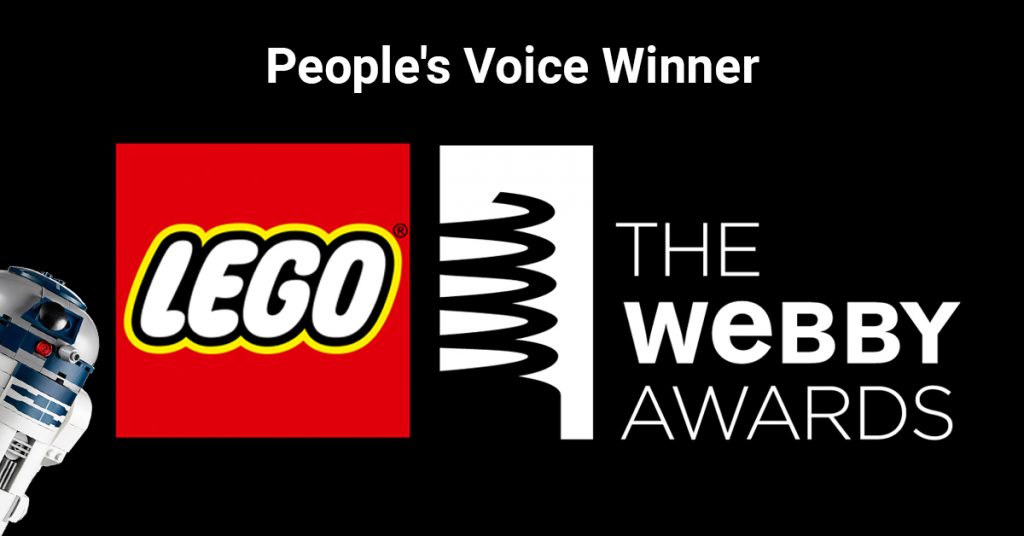 The Viral (Branded) category is judged on viral video content that integrates products, services, or messages on behalf of a brand and must have a minimum of 100,000 views to be considered.

The LEGO Droid Orchestra consisted of 95 LEGO Star Wars R2-D2 Droids, 3148 hours of creation, 42 Instruments and one talented Sam Battle (with help from LEGO) to put it all together in harmony.

For more behind the scenes on how it was all put together and executed, check out our coverage of the launch last year in September.  The Droid Commander Kit also was awarded  Toy of the Year at the Toy Fair New York earlier this year. If you haven’t grabbed your kit, it’s not too late – the 75253 LEGO Boost Droid Commander comes with 1,177 pieces and retails for US $199.99 | CAN $249.99 | UK £179.99

TBB would like to take the opportunity to congratulate Carl Merriam and the amazing team that pulled this feat together at LEGO and Sam Battle (from Look Mum No Computer) on his extraordinary talent!