LEGO builder Malin Kylinger is at it again and this time she has built an epic fantasy scene she calls “Battle of the Seasons”. A scroll acts as a battlefield while four distinct factions battle it out in the center. Inspired by The Heroes of Might and Magic video games, this scene contains a whopping seventy-three minifigs. It’s difficult to understand the scope of this scene from afar, so let’s take a closer look, shall we? 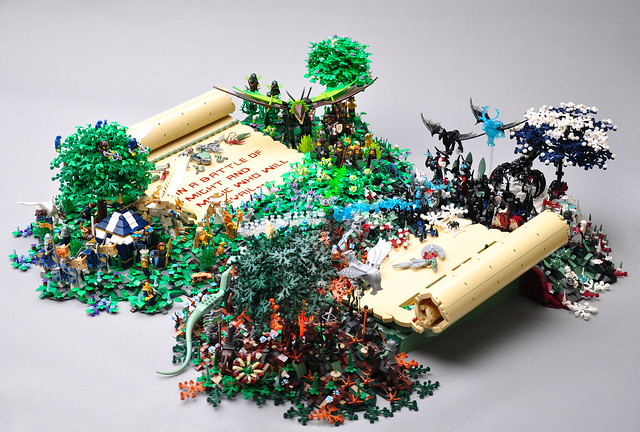 While Malin doesn’t give a name to each quadrant, the fall colors here might suggest this is the Autumn section. The variety of minifigs and creatures just in this photo is staggering. I particularly like the three Gorgons whom I presume are Medusa, Stheno, and Euryale. 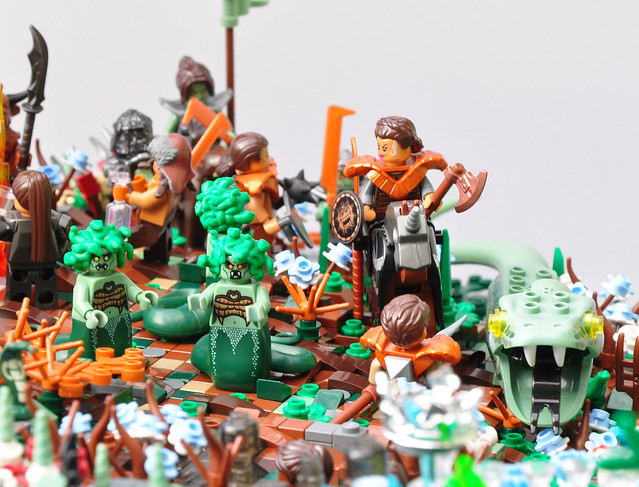 These colors are rather wintry. While this and every other section is loaded with oodles of details that shouldn’t be missed, I like this particular shot. 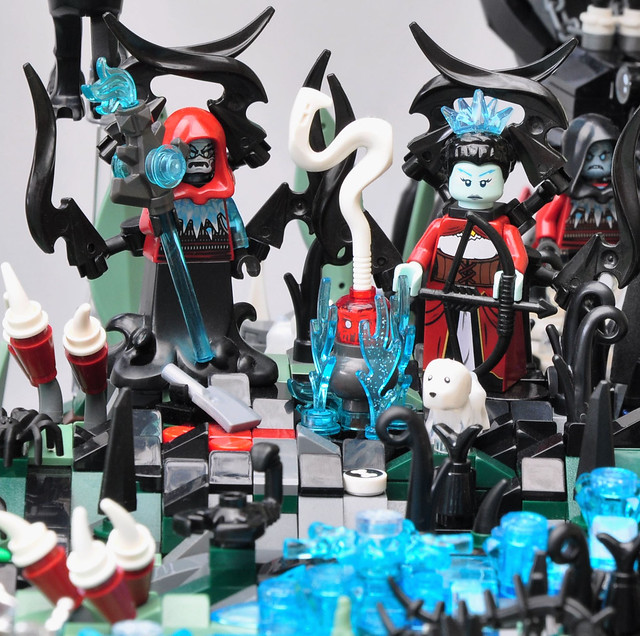 The top of the scroll leaves it up to you to decide as to who would prevail. 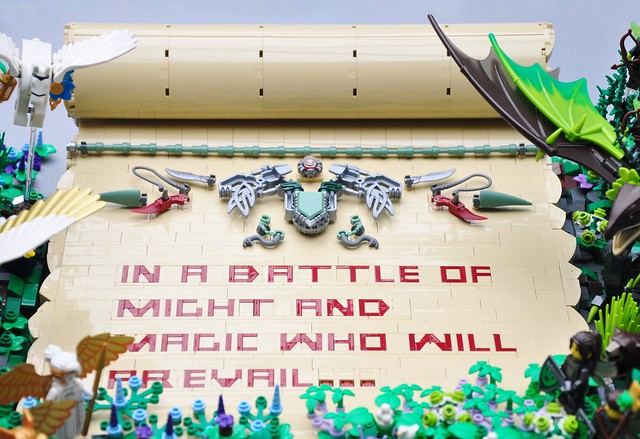