Ah, the bantha. In Star Wars lore, these giant horned beasts serve as steeds and companions to the bandage-fetishist Tusken Raiders. In the film, they were portrayed by an elephant named Mardji in a giant costume. Not sure why I bring that up, other than to mention that wow, that’s a lot of hair. In related news, Andrew Miller has created a LEGO version of a bantha that somehow transforms plastic elements into the best representation of matted fur that I’ve ever seen. 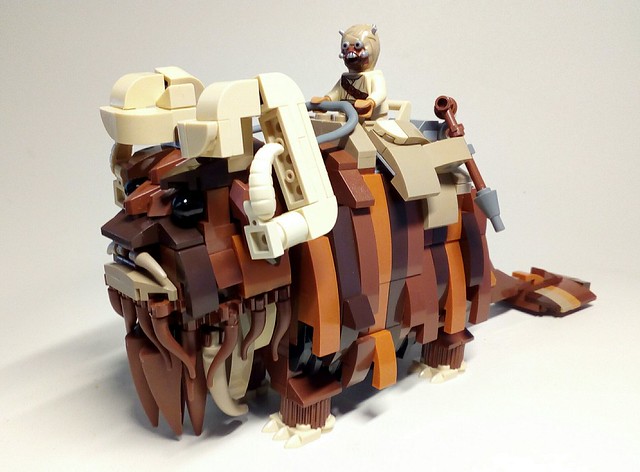 The effect is created by a skillful combination of curved slope, claws, horns, and even modified plate rock. The legs get their textured look thanks to the inclusion of ridged 2×2 round brick. The use of all the various shades of brown in the LEGO color palete also helps to sell the effect.

But despite the apparent need for a bath, this minifigure scaled beast is still just adorable. I’d love to see this level of detail show up the next time LEGO includes a bantha in a released set.

2 comments on “How do you get down from a Bantha? Keep reading and find out!”