February is the least favorite month for many people, at least in the Northern Hemisphere; it’s often cold, still dreary, and all the magic of winter and Christmas is long forgotten. But not for me. It certainly helps that my birthday falls in this shortest of months, but there are many other positive features to recommend it. For example, it is the month to build LEGO rovers (Febrovery). I love rovers. And what better way to combine winter with rovers than a solid Ice Planet 2002-inspired rig like this one from the appropriately named Frost? It’s got giant wheels that are really erasers (perhaps it erases its own wheel marks from the snow?), the glorious trans-neon orange canopy, and the can’t miss blue-and-white color scheme. Some stickered pieces from the Galaxy Squad make some nice details, and I love white greebles. The coral highlights set it apart though, which is good because this is on Ice Planet 2003, not 2002. 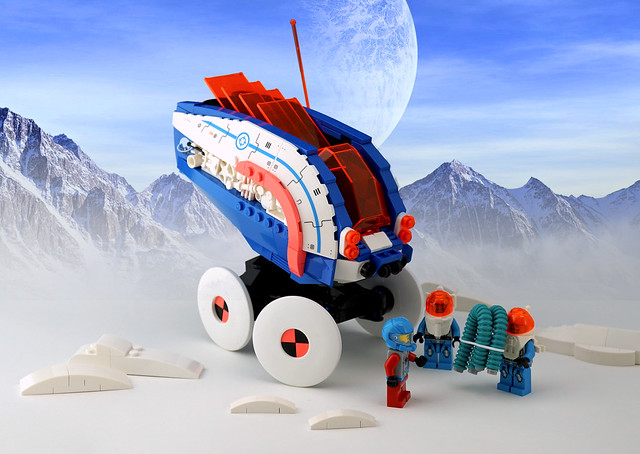