As I have undoubtedly said before in these pages, and will almost certainly say again, I love immersive LEGO scenes, the sort that fill every corner of the image with LEGO (or a neutral sky background, as often I’m not too fond of brick-built skies). There’s something magical about being able to step into a creation that way. But it takes a lot of bricks, usually, and some meticulous planning of angles to make it work. There is a more natural way, and master-builder Markus Rollbühler shows us how: build a fantastic vignette that fills the frame and then put an iPad behind it with the rest of the scenery. 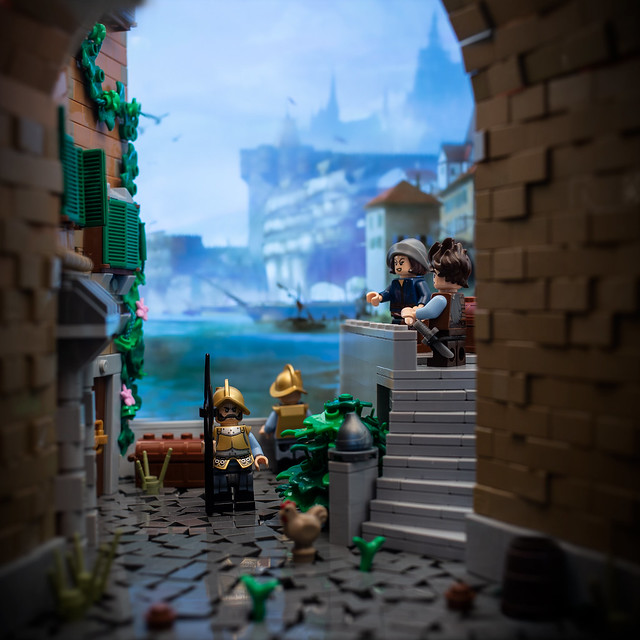 Some simple techniques in the build go a long way, such as tiles pushed down only partway to create a weathered brick arch, loose bricks on their sides for cobblestones, and some of his signature bushes made of grass stalks and leaves. The perfect lighting, the minifig posing, and the iPad’s added depth all lend themselves to a delightful scene. And no fancy Photoshopping required!