Imagine building a LEGO creation for the sole purpose of making stop-motion animation. That is precisely what TheBrickDen has done and the end result offers some surprising yet practical solutions. You are looking at his interpretation of Batman’s Gotham City, a fictional place that we all feel we know from comic books, TV shows, or hit movies. This Gotham City is, first off, more colorful than we usually imagine it and secondly is situated vertically in what the builder calls three separate districts; a dilapidated and seedy lower level, a bustling middle area and a sort of elite business district atop of it all. In this regard it is more akin to the 70620 Nijago City set than what we know of Gotham. If this were a sprawling layout, I would imagine it to be difficult to position a camera in the middle of it to do stop-motion photography work but in this configuration, dozens of passageways, cubicles and nooks are all easily accessible to the camera. Each new angle would offer a different vignette into the action taking place within. 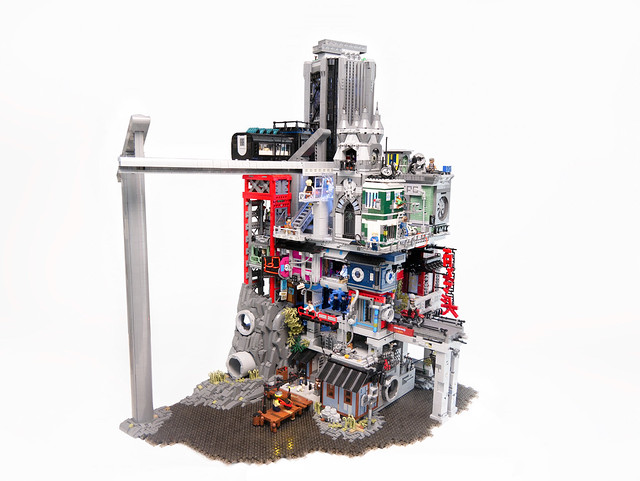 The back side reveals open spaces in what the builder calls a “dollhouse treatment” to offer optimum viewing into the various rooms within. 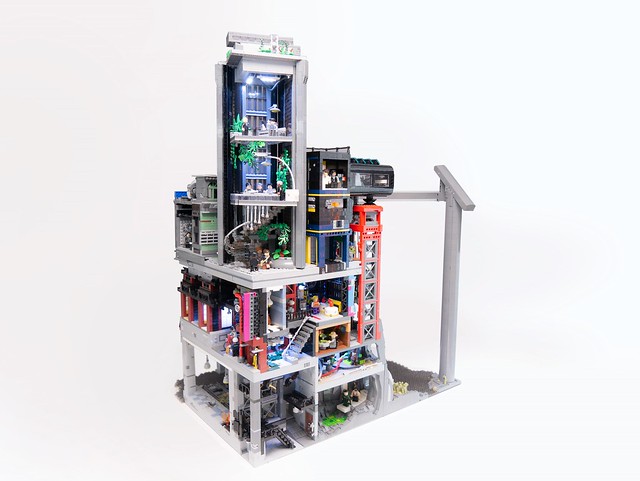 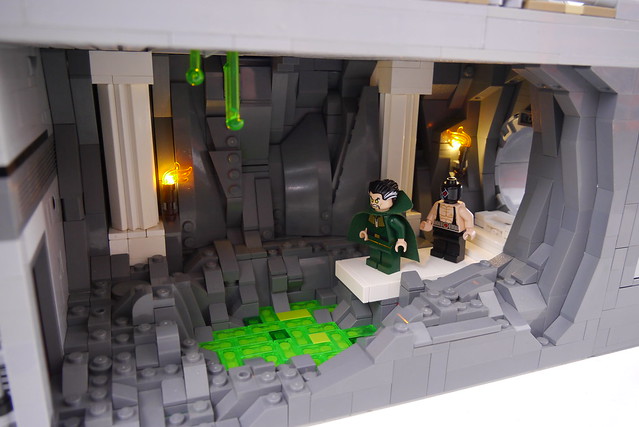 …and an abandoned railway station that seems to be overrun by criminals and is apparently on fire. 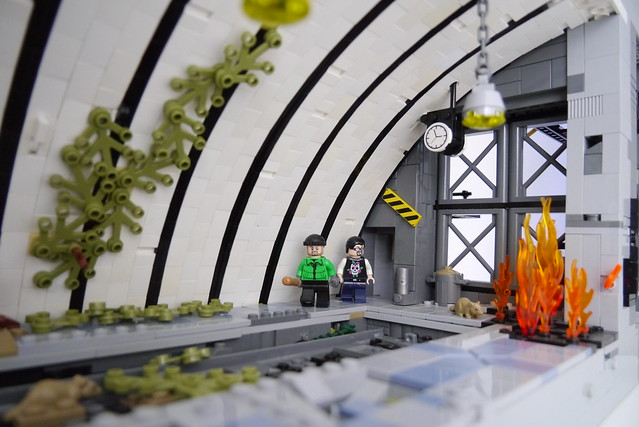 So many denizens of Gotham City are all present within this structure including Penguin, The Riddler, Scarecrow, The Joker and even Batman himself as seen here with Commissioner Gordon and the Bat-Signal. 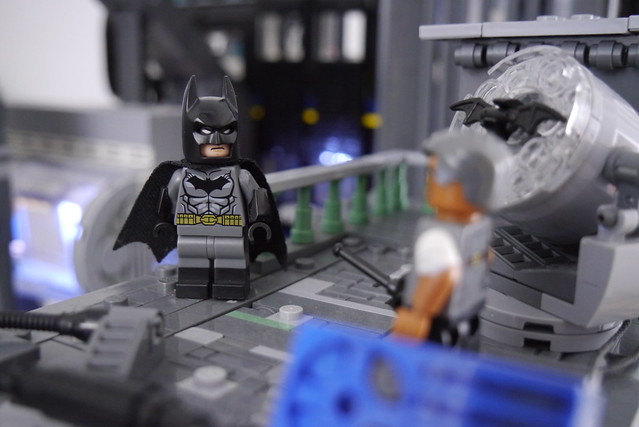 LED lights are strewn throughout to light up multiple spaces and a Power Functions remote operates the elevator that works on vertical train tracks. One point of interest is this structure even changes scale. The Wayne Penthouse is in a smaller scale so as to offer a forced perspective and to thus seem quite imposing when photographed from below. This aspect makes it unique in the sense that, while seeing it in person would be impressive, this is truly meant to be seen through still photographs and stop-motion video. But don’t just take my word for it, this video features the builder explaining this creation in more detail but also showcases some stunning photo stills. Once you see aspects of this structure through the builder’s lens, the purpose… and the magic of this interesting creation becomes abundantly clear.