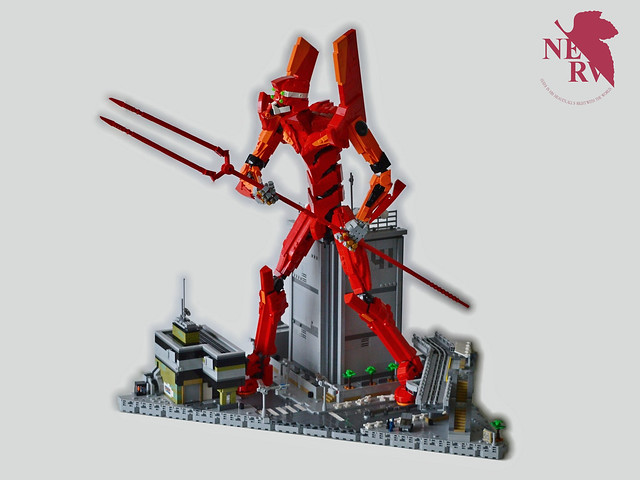 At 60 cm tall, the towering cyborg dwarfs the microscale city of Tokyo-3, the setting for much of the series. I think it’s hilarious that the builder calls the elaborate base an afterthought when he realized his gigantic robot model needed a support system. It’s well executed, with Mathijs even going so far as to build a normal version of the city when it’s not in lockdown mode. 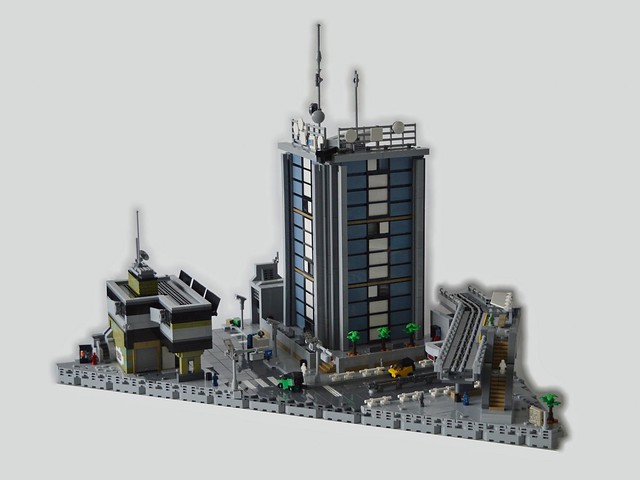 One of the buildings even has an interior! 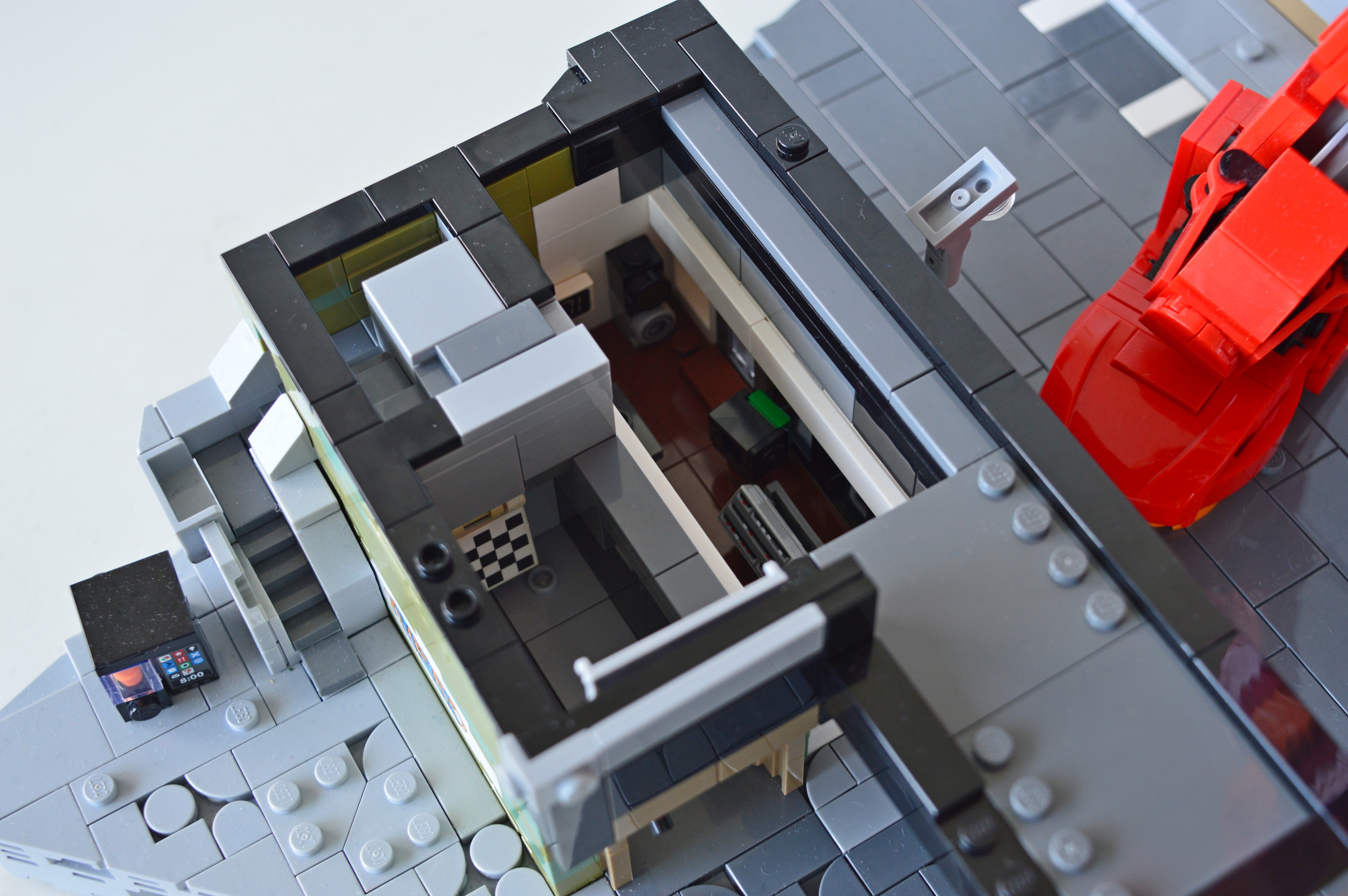 This isn’t the first Evangelion creation TBB has featured. Back in 2009 we highlighted David Collins’ NGE-inspired mecha, and in 2013 we shared Moko’s 4-foot EVA Unit 01, which Mathijs credits as an inspiration for his model.