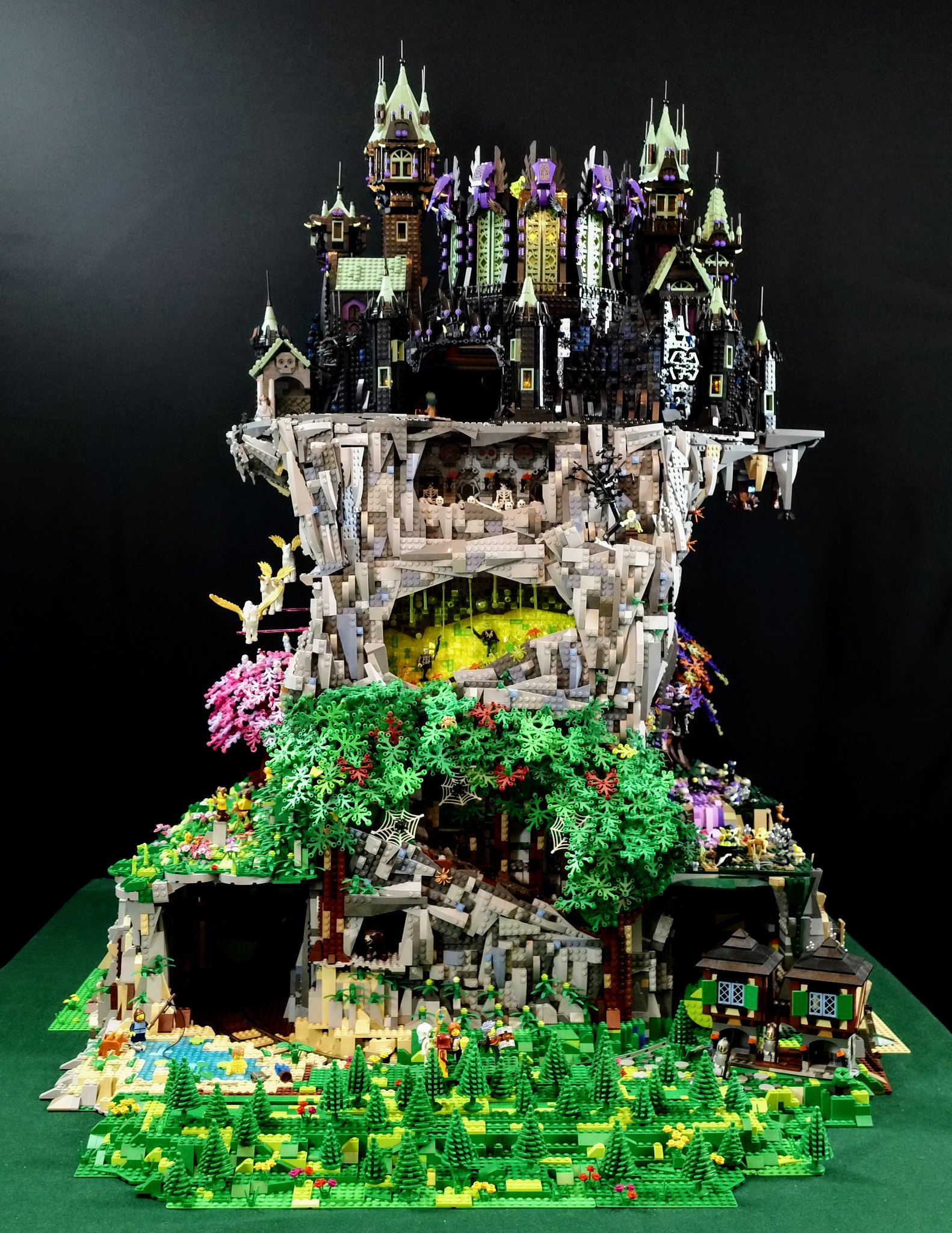 The story starts at the bottom in a village with a group of five Dungeons and Dragons style adventurers. The rest narrates like a LEGO Disney ride. With the help of two EV3 Mindstorm bricks, eight motors and six sensors, they animate the team through dangerous and spooky terrain all the way up the top of the mountain to finally meet the Serpent Queen. A whopping sixty-seven LED lights are dispersed throughout which, along with sound elements, give this piece the right spooky atmosphere. Flynn tells us much of this, especially the beginning scene, was inspired by old school hand-drawn animation such as Scooby-Doo where the characters would run in place but the background rolls by as if on a conveyor belt. This was actually achieved by having the background move on a train track.

So far, it has won Best in Show and Public Choice awards at Bricks by The Bay and Public Choice at Bricks LA. These are well deserved accolades, in my opinion. A couple of my favorite scenes involve this iridescent slimy cave reminiscent of Abhoth (for you Lovecraft nerds). 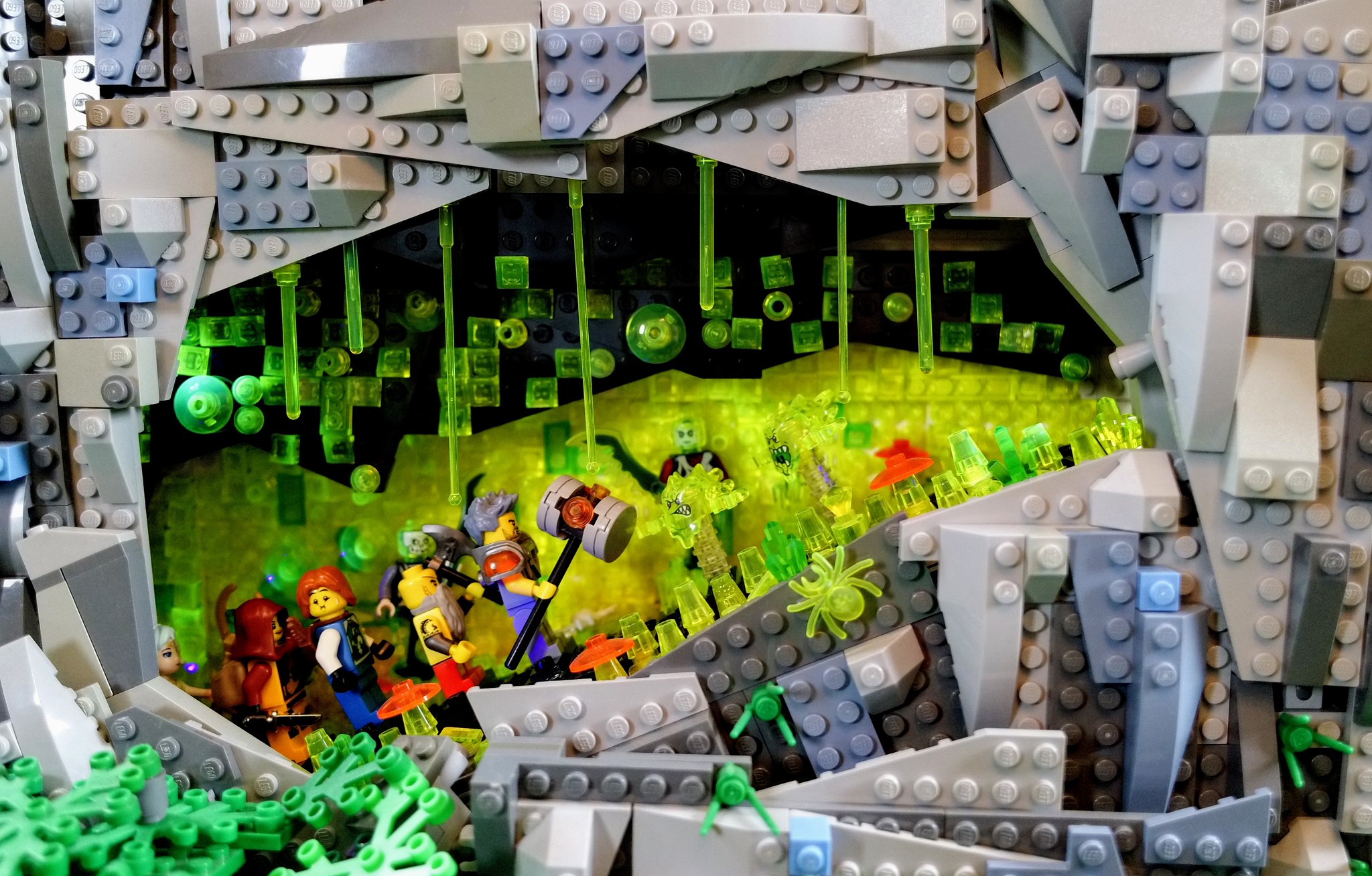 The other has our adventurers traversing through a cavern of skeletons that features many of the aforementioned LED lights. The expression of the archer in the middle is priceless. 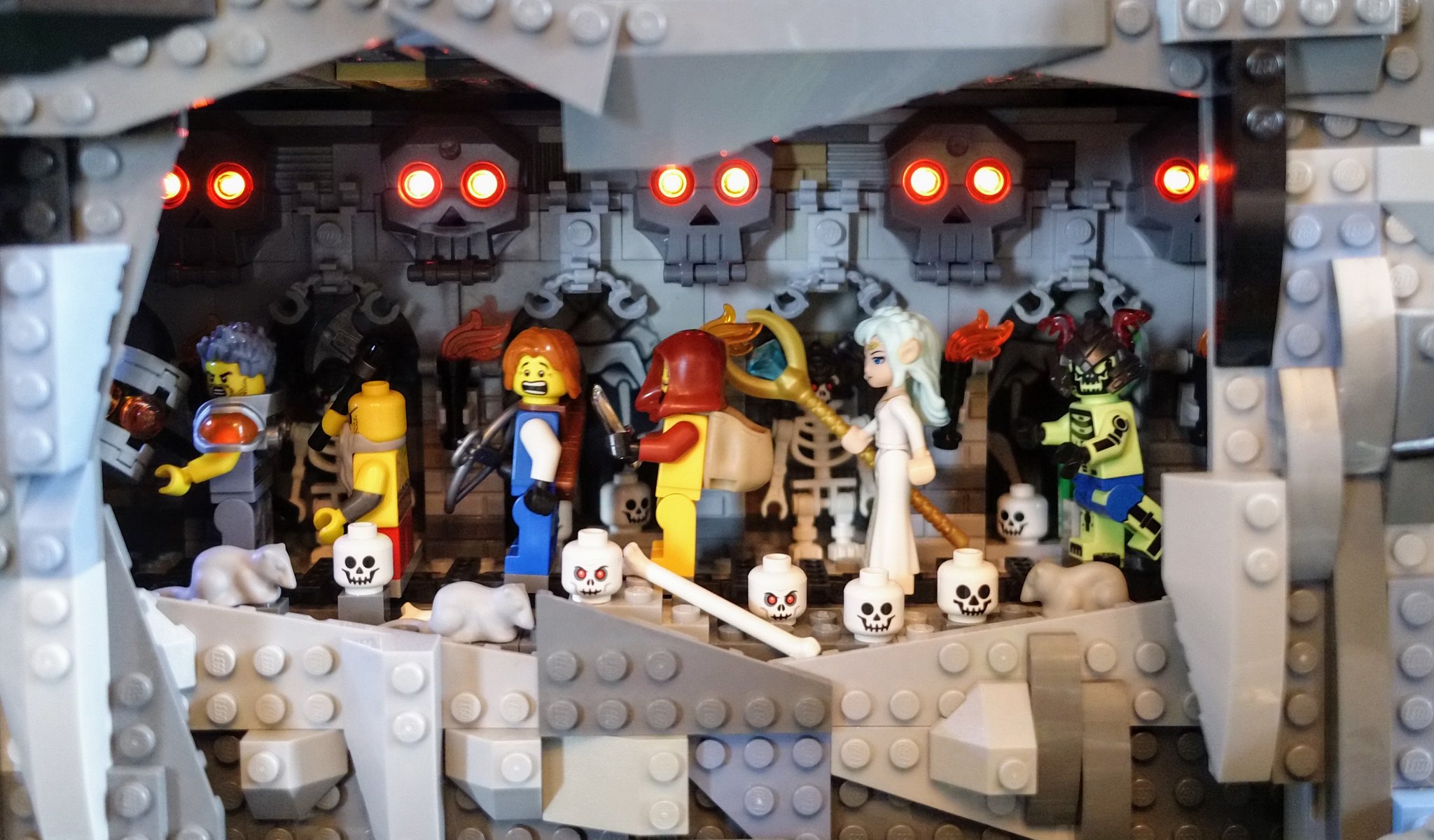 But no amount of writing about this, no amount of still photos, and no amount of bragging about the accolades this project has received can do this piece any justice. This is a creation that needs to be experienced. The best course of action now is for me to shut my pie hole and encourage you to watch two videos. One closely showcases the action as the adventurers move through each scene, the other is an interview with Flynn further explaining the build process. This, and so many other factors, puts Flynn and Richard at the top of my People Are Awesome list!

2 comments on “Treasure of the Snake Queen”