I have never played Overwatch, but I have purchased several of the LEGO sets based off the game just because they look cool. A little while back, though, I did a quick browse of the different characters to familiarize myself with the ones appearing in brick form. Apparently, there are different roles in the game, one of which is Tank. (This might be obvious to everyone but me, but I have never been a gamer.) Djokson has built a tank, not from the game itself, but inspired by it. Called the Siegebreaker, the mech looks more than capable of doing a lot of breaking, with big scoops up front, a big gun on the back, and additional armaments on the arms. Siegebreaker reminds me quite a bit of Bastion, but cooler. 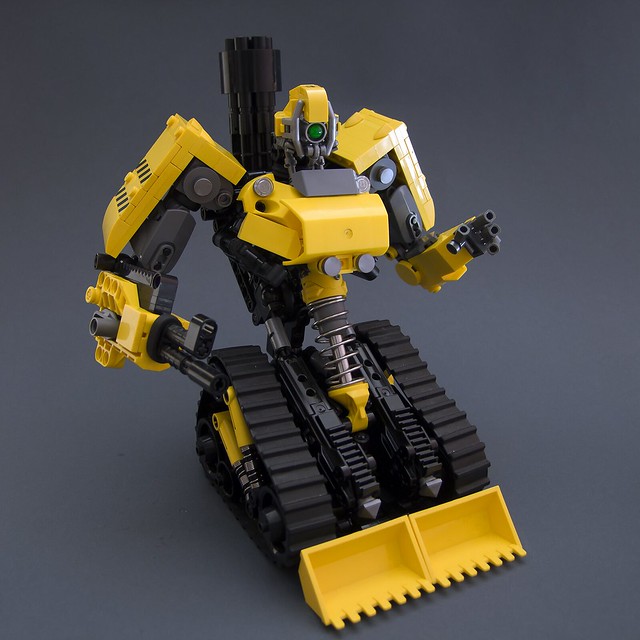 The visual highlight is the large spring in the middle, giving it the appearance of rugged durability. I love the yellow color scheme; it makes it look almost like a cross between an excavator and Bumblebee from Transformers. The fact that Djokson used Constraction gun elements as part of the base makes it even cooler. Curious about what the sentry mode of the tank looks like? It has one, of course. 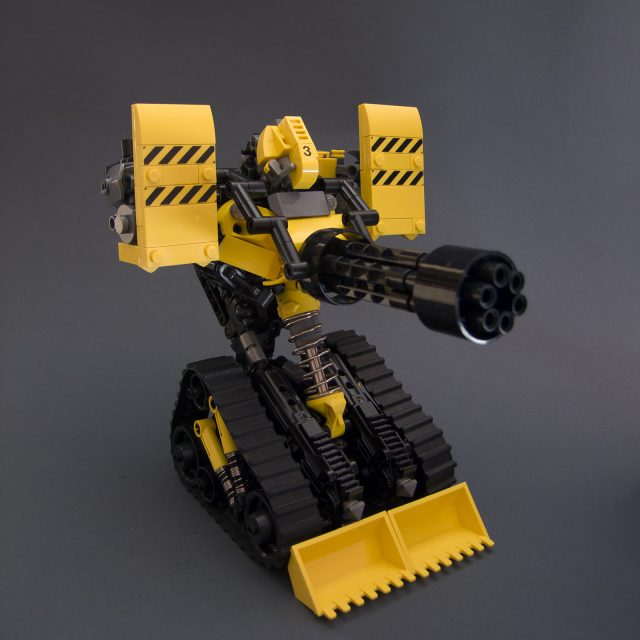