Faster than a T. rex can eat a lawyer, Jonas Kramm continues cranking out Jurassic Park vignettes. After bringing us the raptor dig and introductions of John Hammond and Dennis Nedry, Jonas now takes us to the Tyrannosaur paddock. Everything about this scene is iconic from the colorful Ford Explorer touring vehicle to the T. rex bait behind the fence. There is some excellent composition here, including the angling of the fence and lush landscaping behind it. Judging by the smile on Lex’s face, she probably hasn’t seen the goat yet. 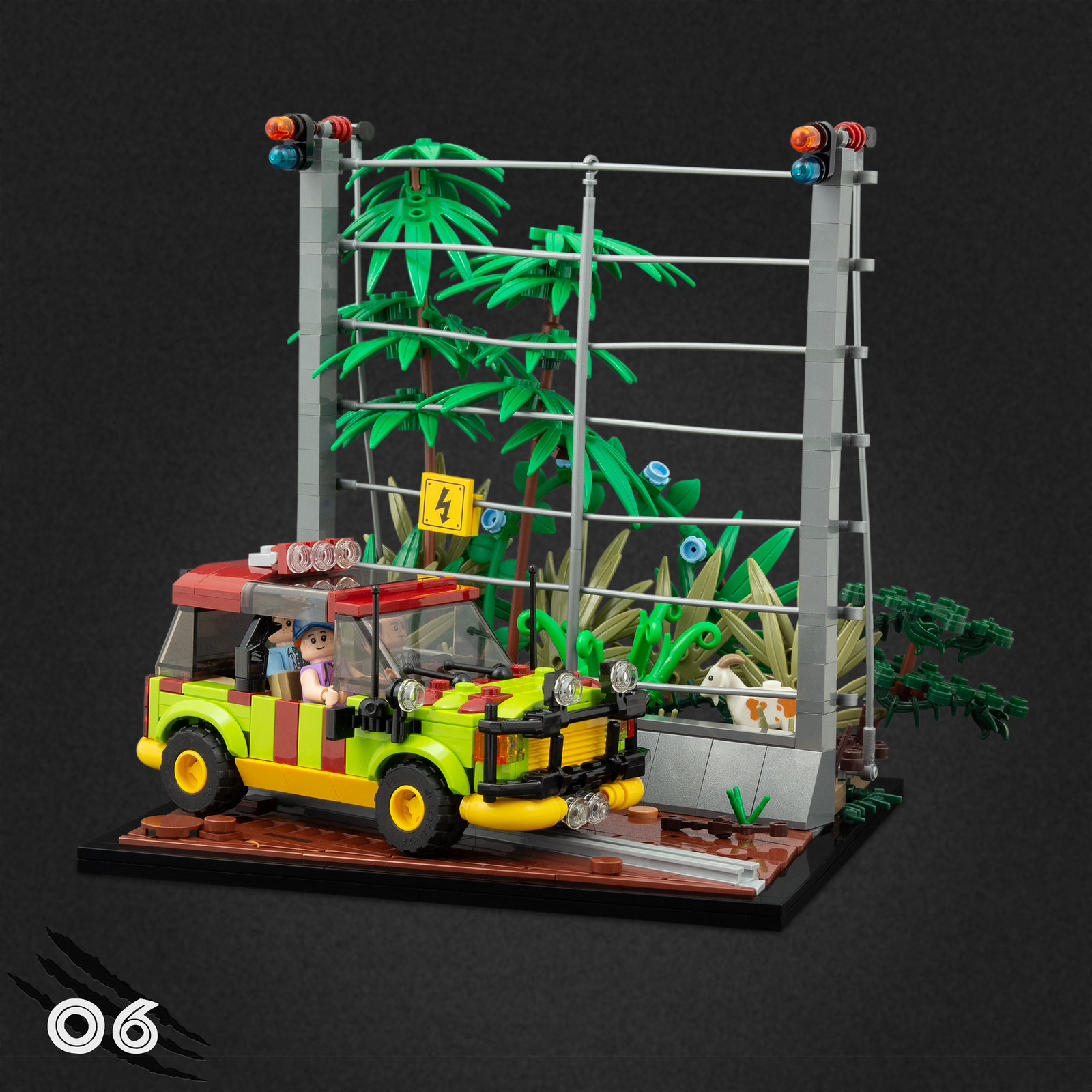 The next vignette consists of the control room scene in which John Hammond and Dennis Nedry butt heads. As with the fence in the previous model, the angling of the wall is visually attractive, and the red beams behind the windows add a sense of depth. Nedry’s workstation is authentically disheveled, but not enough to hide the shaving cream can that will ferry the stolen embryos. Little does Hammond know, but his troublesome employee will set off a chain reaction of events leading to the park’s downfall. 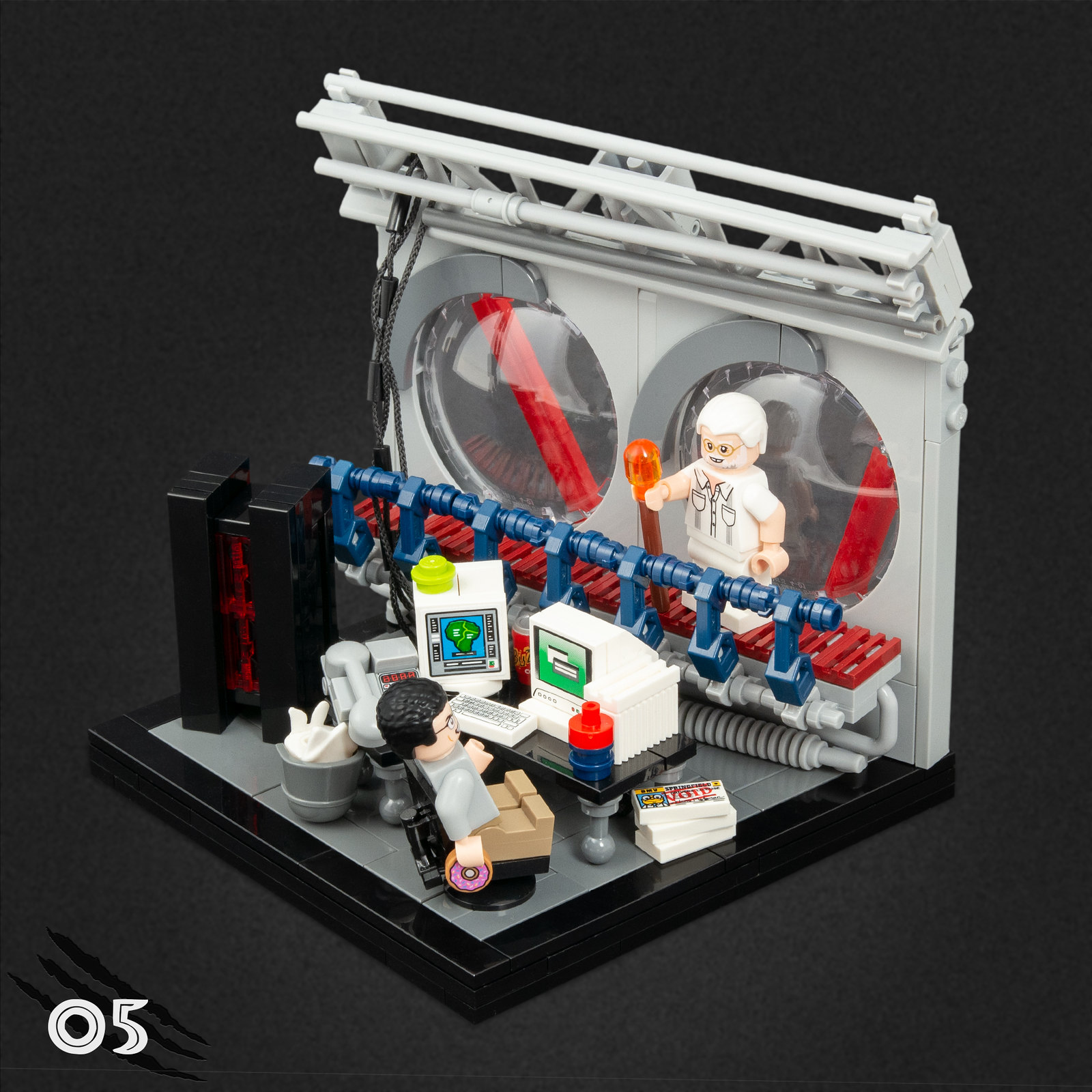 Remember the hatchery where Dr. Alan Grant witnesses his paleontological holy grail in the flesh? At this point, Dr. Wu is still a good guy….or is he? Alan and Ellie are overwhelmed by the sight of the hatching egg, cleverly replicated with two of the white minifigure crowns introduced this year. A little frog is used to represent the newborn velociraptor instead of the baby dinosaur element. The frog is appropriate, given that it is to scale with the little egg and that frog DNA was used in the genetic engineering of Jurassic Park. 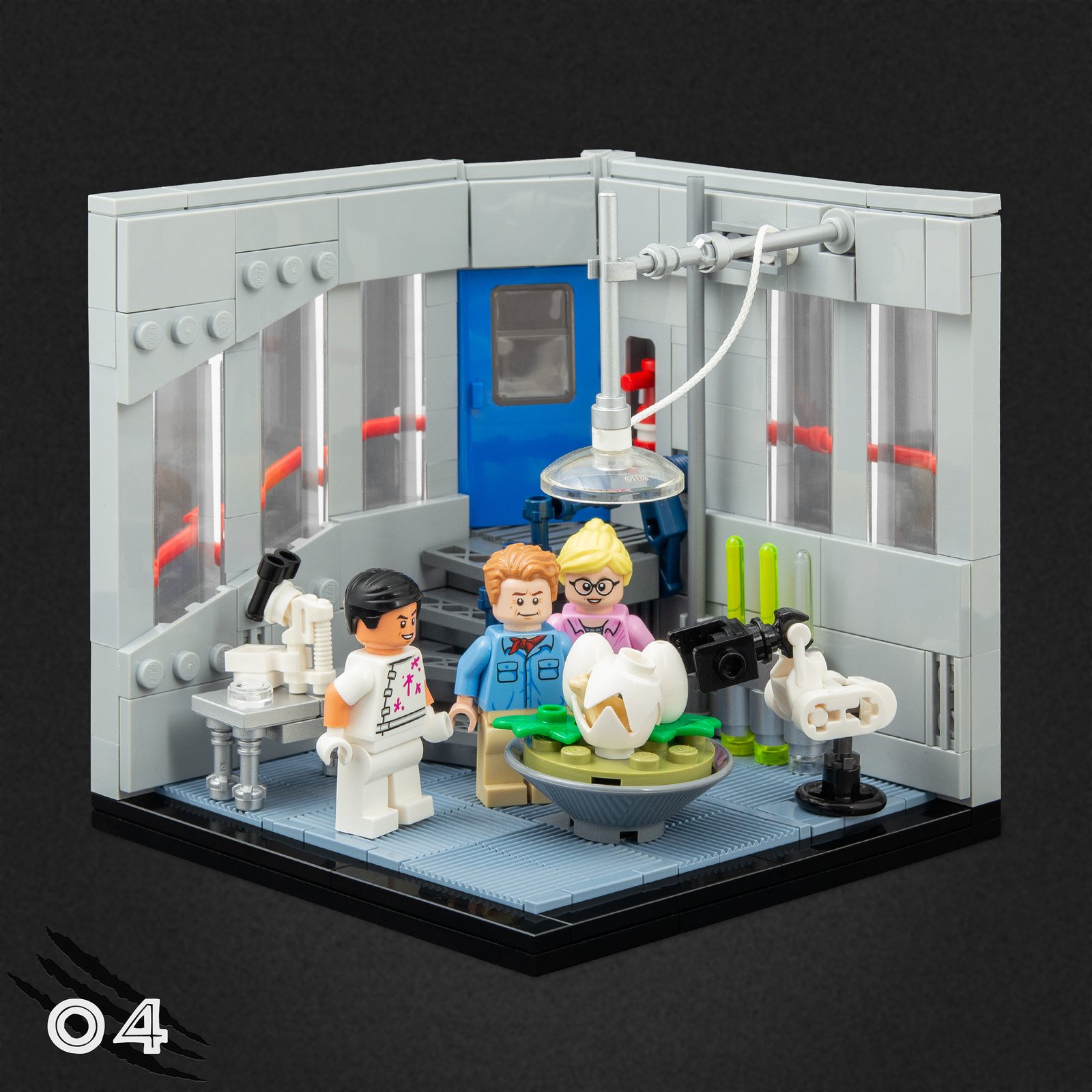 Last but not least is the sick Triceratops, where Dr. Grant and Tim Murphy begin to connect. While there is an official LEGO Triceratops figure, I’m glad to see Jonas went with an original brick-built version. This route allows for a more believable sickly-looking dinosaur, lying on the ground in pain. It even has its tongue hanging out, ready for Dr. Sattler to investigate. Does this mean the big pile of dino doo is next? 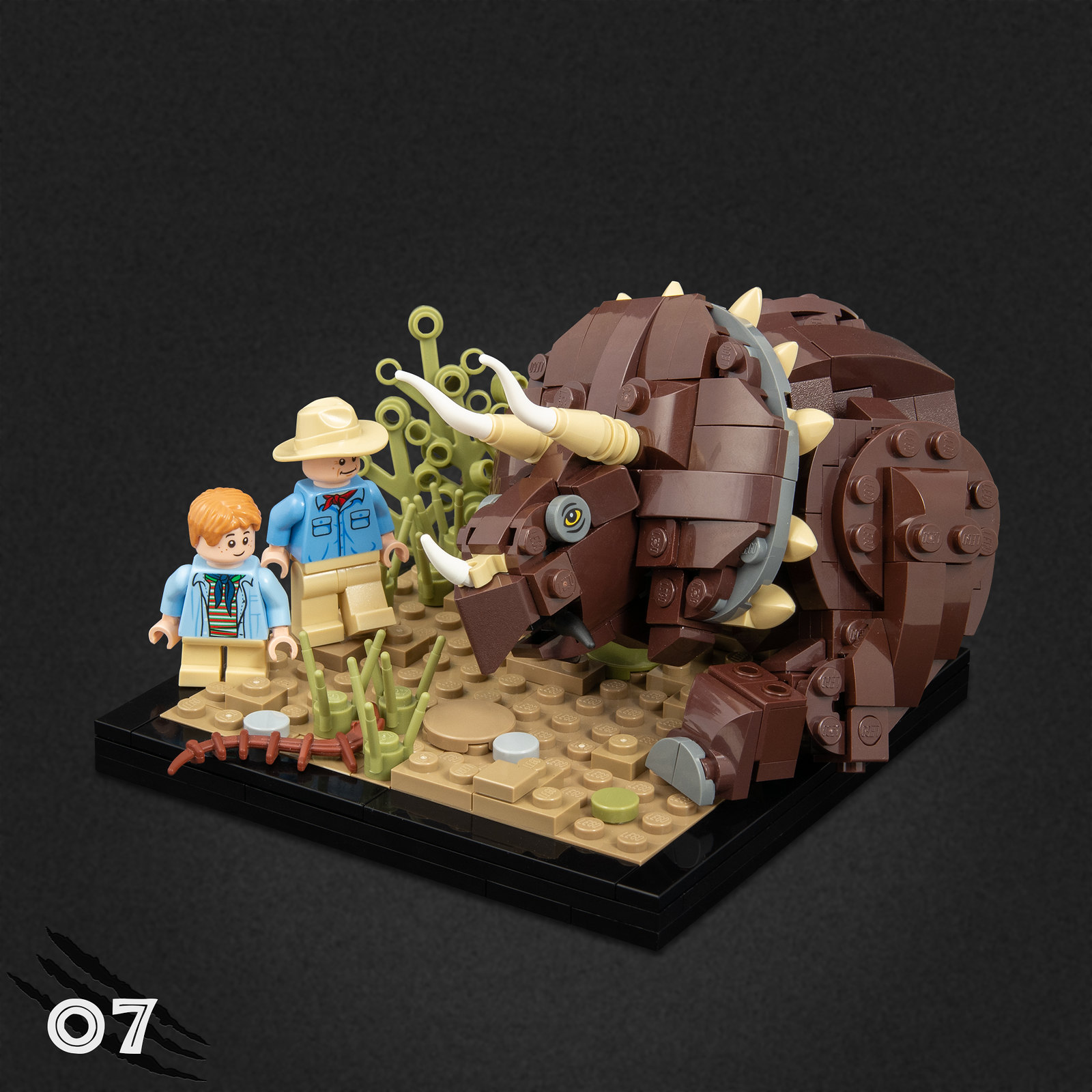