This amazing LEGO family home for the Weasleys has been beautifully constructed out of approximately 5000 bricks by the talented team of Martin Latta and Camille Jongy. The Burrow, as its fondly called, is a magical masterpiece of constructed quandaries. This rendition pays excellent homage to the fictional homestead found on the outskirts of Ottery St. Catchpole in Devon, England. It’s the texture work here that really does it for me. The meshing of vertical and horizontal sections throughout gives an unmistakable feeling of the hodge-podge expansion of their family home. Presumably held together by assorted masonry, magic and carpentry, the colour palette used over this impressive build is marvelously apt. The earthy tones and techniques involved in texturing the Burrow are only one side to a plethora of perspectives through you could look at it. 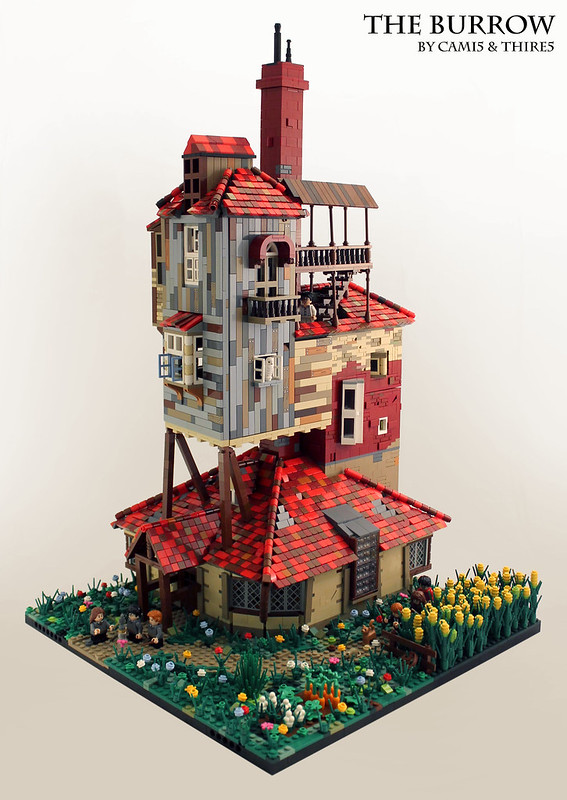 Starting at the bottom, a simple and clean black base forms a platform for a lush countryside garden. An abundance of plant life fills the space around the pathways, though its the mottled effect created with selection of greens that really allows this whole space to come through. The corn crop fence could have been achieved in any number of crafty ways but just like the way of the Weasleys, keeping it humble has worked best. I love seeing pieces used explicitly well within such a beautiful build. It seems to show a clear fundamental grasp of the brick. 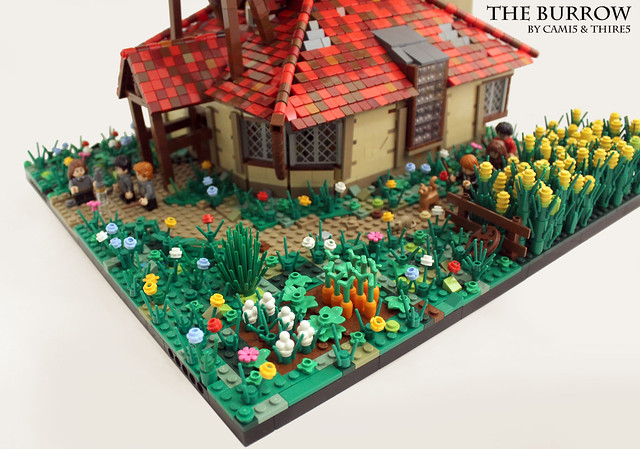 On to the building itself, its resemblance to the movie version is instantly striking. The haphazard construction is practically perfect. From the outwardly angled windows to the obscure stairwell, it makes me wonder if there wasn’t any magic brickery going on in its build stages. The upward progression of its construction takes as many turns in build technique and angle as its on-screen counterpart. I really enjoy the little nooks and crannies in the brickwork on the rear of the building. And I need to give a special mention to the ten-plus window elements, in the six-plus colour palate, with my favourite being the little white, old type door. 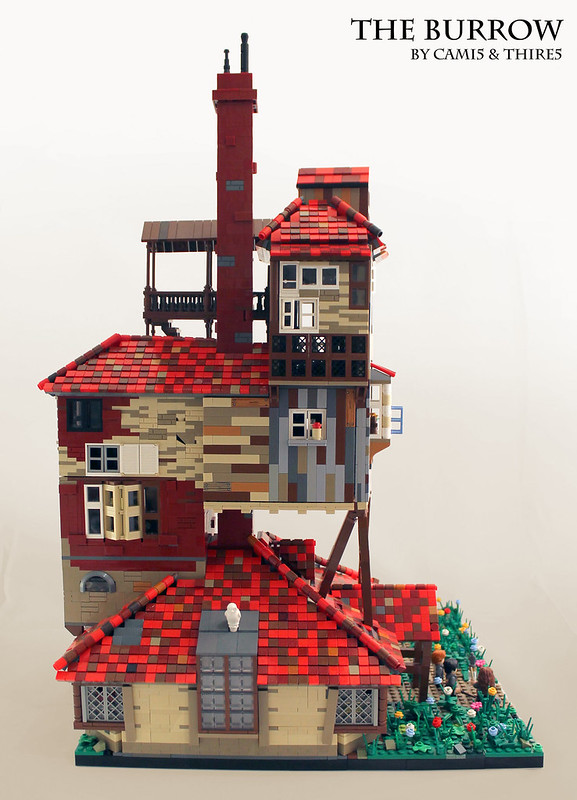 Heading back around the front to the wooden tower, a myriad of muted colours seem to loom overhead. With a continuation of vertical and horizontal tiling, as well as an inverse section for the underside of the overhang, this tower proves to set the iconic building in both form and function. Every ounce of detail has been considered, from the attic and arched balcony window, to the tan latticed soffit with its braced support. 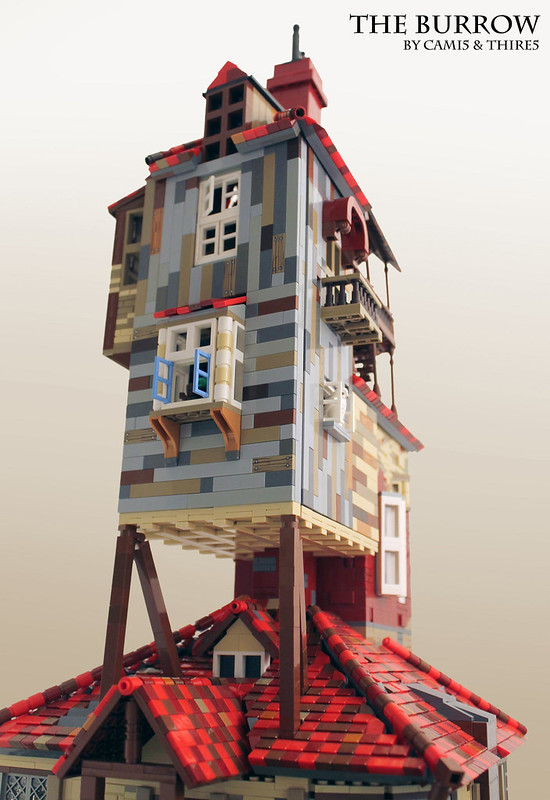 Be sure to check out Martin Latta’s full album for many more detailed shots. I wonder if you could name all the scenes found within this incredible build in the comments below?