The expansion of transparent clear elements over the past decade has allowed for some intricate builds like this glittering mech by Moko, named the MF-10 Diamond Empress. While the frame of the mech is black, it is clad in transparent clear armor formed from tiles, slopes, dishes, windshields, and more. The Diamond Empress lives up to its name with a few parts in rare non-production colors, such as the 2×2 round tile in trans clear. Aside from the build itself, my favorite aspect of this model is perhaps the use of trans clear 12x2x5 tails for the skirting. Meanwhile, chrome gold and transparent red accents provide additional visual interest. 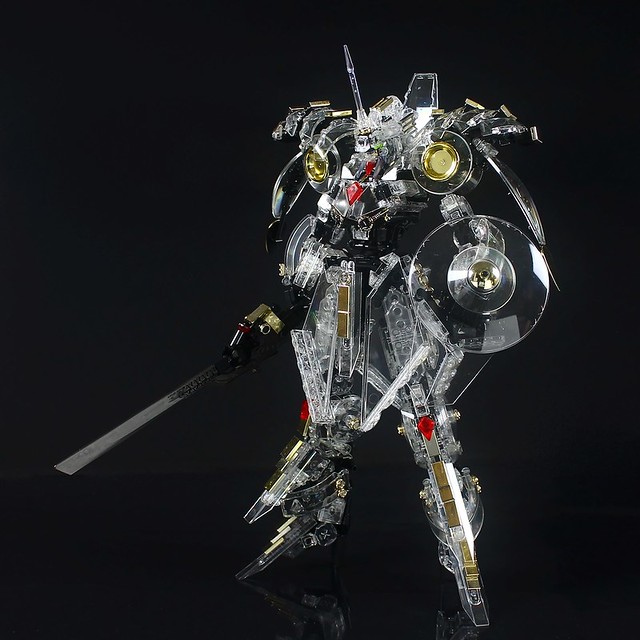 When turned around, Moko’s mech looks just as nice. I’m loving the use of chrome gold dishes for thrusters. 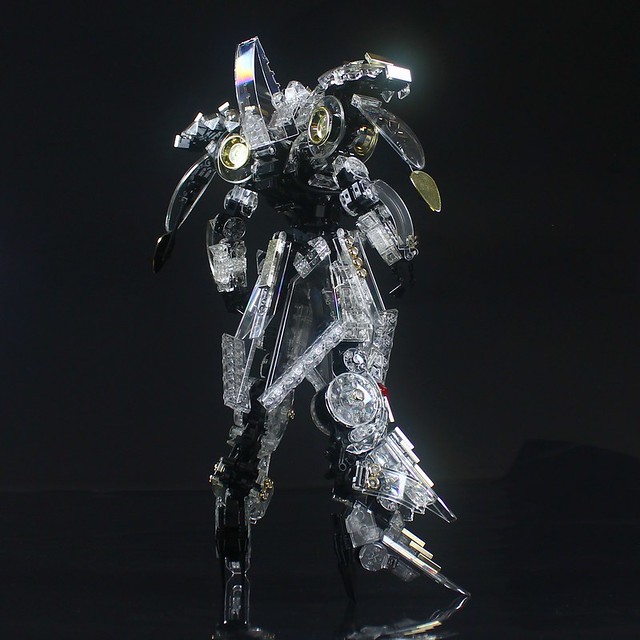 The MF-10 is also fully poseable, making it a truly million dollar mech! 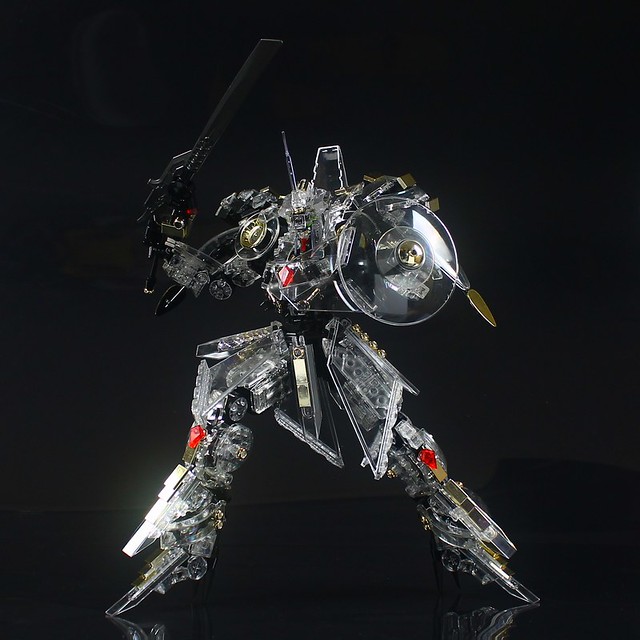