The good old backyard wriggler seems like a toddler in comparison to Tino Poutiainen’s mighty “Ancient Earthworm.” Its resemblance to both the famed Jurassic-era predator and a Tremors Graboid is quite striking. Even still, this leaves me to wonder what scale is it built in? Is it in minifig scale or actually closer to life-size? Whatever the case, this LEGO beast gives me the feeling that it would be an unrelenting foe, whether chasing me down a main road or a garden path. 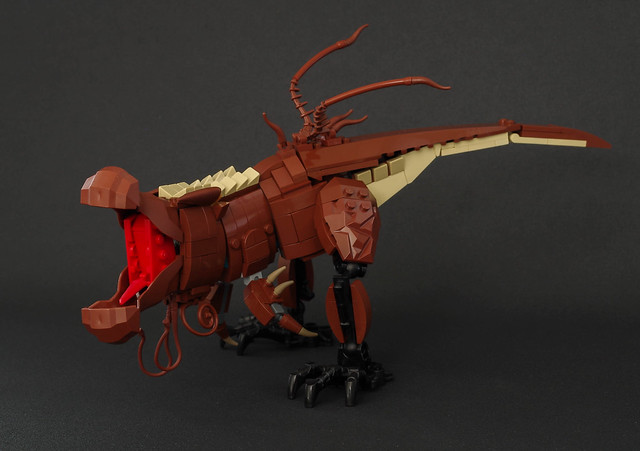 Poutiainen’s use of the long cattle horn and spiky appendage piece, both in reddish-brown give this build some sensory perception when deep underground. It’s crowning part use though, is the large figure forearm with fist for the head. This piece was only produced in one set almost a decade ago, so it is good to see it making such a purposeful appearance here.