The LEGO Movie 2 was recently released on DVD and Blu-ray, so we thought we’d take a look at the special features and let you know what we think! To be clear, this review is not of the movie itself. If you’d like, you can read a separate article about The LEGO Movie 2‘s box office performance and what several of our contributors thought of it. If you haven’t watched it yet (seriously???) and you are trying to decide if you should, check out spoiler-free The LEGO Movie 2 review. 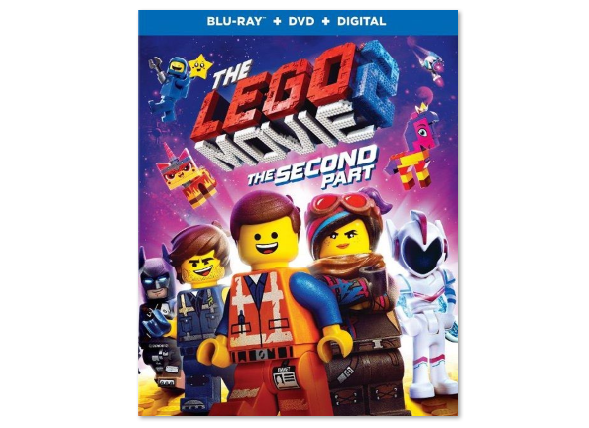 The set includes both the Blu-ray and standard DVD. It also comes with a redemption code for a digital copy of the movie. The special features are:

Who doesn’t love a good sing-along? Well, at least, what kid doesn’t? Naturally, this feature boasts on-screen lyrics to go along with the musical numbers. Some favorite quotes (sadly, not a few of the best ones) are also artistically broadcast across the screen as they’re spoken. In addition, each character has a special pop-up task: Batman flashes bat puns, Benny lists location factoids, Metalbeard conducts pop-quizzes, Unikitty tracks cameos, Emmet counts parts in builds, Sweet Mayhem scans character personalities, and Lucy coordinates a seek and find of the 4 pop band-mates. All of these are a cute touch and keep the movie rolling along quickly. The one major downfall is that it’s too quick. You almost have to pause the movie to take in all this information, especially considering some of the verbiage contains adult-sized words. 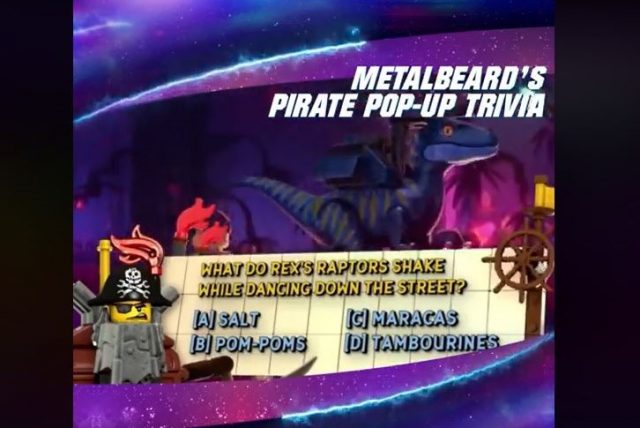 The “making of” feature is fun because it gives a peek into the personalities of the characters and the actors who voice them. The producers and directors also talk briefly about some of the ideas behind the making of the movie. All around, their passion gives you a touch of the “feel-goods” and makes you want to see the movie again. It also doesn’t necessarily give a huge amount of stuff away, so it would almost be a great enticement for people who haven’t seen the film yet. 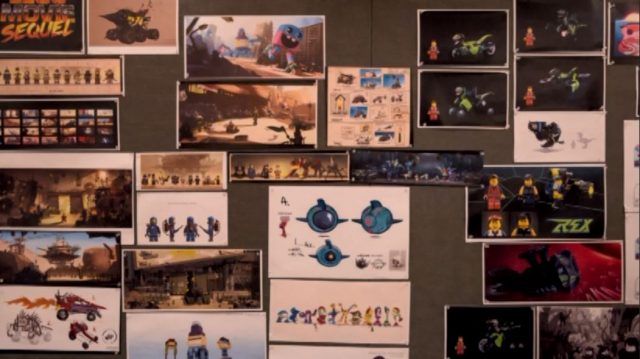 The deleted scenes are partially lame but mostly intriguing. They’re not bloopers by any means, and most of the scenes are a bit terrible and ripe for deletion. That being said, the alternate storylines and concept art are very interesting. They slowly progress you from completed scenes to older rough sketches with voiceovers where the characters mouths don’t move. Sweet Mayhem and Lucy came together in a scene that had numerous previous iterations. We’re talking everything from what you see in the finished product, to fighting off a hamster and a Roomba together. In this feature, you get to have a small window into the vastly different ways the movie might have played out. 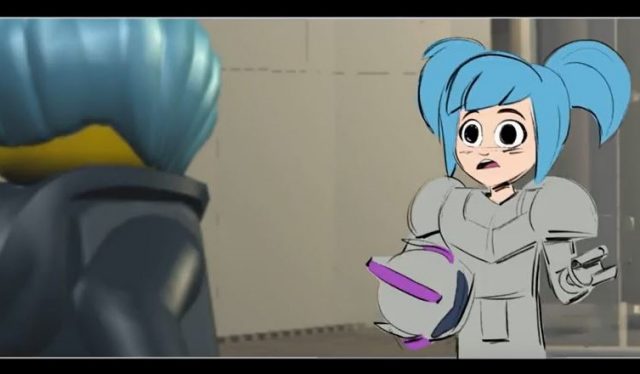 Personally, coming into this movie, the optimist in me was excited for the music, but I was also nervous that it wouldn’t be as good as the last go-around. Yet, they managed to make a main song nearly as catchy as “Everything is Awesome,” aptly named, “Catchy Song”. In fact, the entire soundtrack is pretty rad. Unfortunately, the movie set does not include a copy of the soundtrack, but it does have a lyrical music video of “Super Cool,” which is the second most likely song to get stuck inside your head. Played during part of the credit sequence, it features The Lonely Island, who have returned with another hilarious rap. With the music video you can easily practice the lyrics and will never have to worry about forgetting them. Ever. (Trust me.)

I’m not usually someone who watches movies with the commentary turned on. I rather enjoy the show. But even if you’re someone who likes that sort of thing, I’m not sure you’ll be entirely thrilled with this one, featuring Director Mike Mitchell and Writer/Producers Phil Lord and Christopher Miller, along with Animation Director Trisha Gum. The disappointing bit was that they ramble a fair amount and talk about things that begin to lose the audience (inside jokes or stuff that doesn’t specifically relate to a scene). There are moments where they over-explain a single scene for several minutes and miss or glaze over more important moments. Sometimes they even call out the fact that they were talking so much they missed stuff. 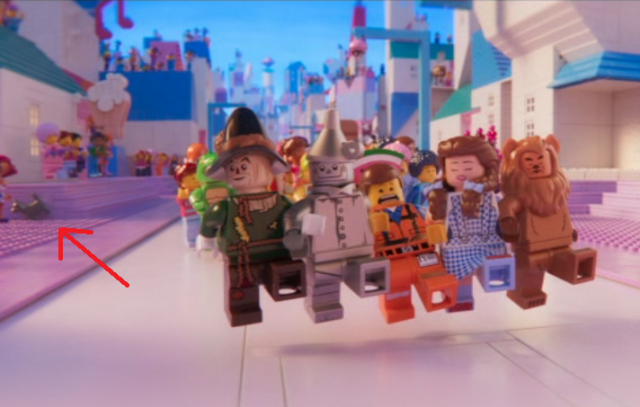 Additionally, if you’re someone with a pet peeve of people using the term “Legos,” prepare to cringe. As a former employee, I know how important their brand identity is, and how the company insists people use “LEGO” and “LEGO sets/bricks” when describing the product. Therefore, it’s incredibly strange that the only people who use that language consistently are Trisha Gum and Chris Pratt (Emmet/Rex). In the grand scheme of things, it’s not a huge deal, but you would think that the company’s biggest films would make sure the incredibly public figures representing them would have the lingo right. 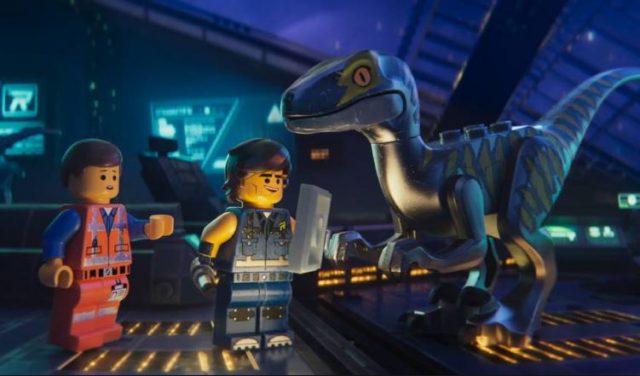 What’s nice, though, is discovering some of the fun facts regarding how scenes were built and the organic changes that happened along the way. It’s also cool to learn about a couple Easter eggs or moments easy to miss, as well as cameos. The most interesting bits of info probably came from Trisha, who gave more insight into the LEGO designs throughout. The true heroes are most definitely the animators and builders who poured their heart and soul into carefully crafting every detail. 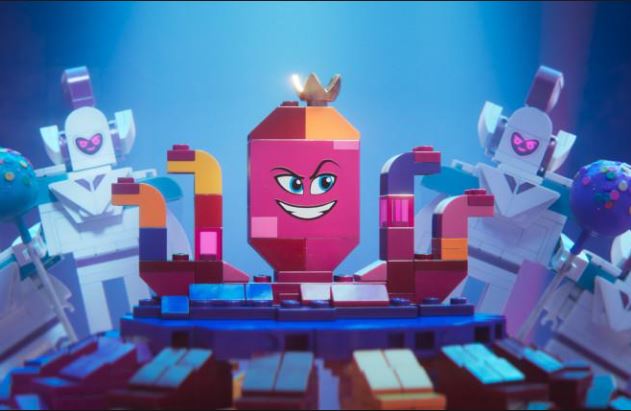 The Short and Promotional Material

The holiday short is only a few minutes long, and the best thing that can be said about it is the build techniques are nice. Other than that it’s overly sappy and so short that it almost wasn’t worth making. But maybe kids, the intended audience, would disagree with that statement and find the little quips funny… Finally, the promotional material includes a cute snippet of a PSA about silencing your phones during the movie, cool animated clips of the features of purchasable sets, and then set-designer commentary on those physical sets.

While this review is not about the actual film itself, I would say the set it’s worth purchasing simply for the movie. It was watched in our house at least four times to check out the special features, but it doesn’t get old. Sure, after a while the songs are so ingrained in your head that you begin to twitch, but there are always more things to catch in the background. The thought that the scenes were filmed using so many techniques (including using strings under water to pull apart a real LEGO model of General Mayhem’s ship, and reversing the film to create an animated self-assembly) is inspiring. The people who do this kind of work are true geniuses and incredible artists. The special features didn’t blow me away, but were generally enjoyable. And considering you get the Blu-ray, DVD, and Digital Download, this set is definitely worth adding to your collection. 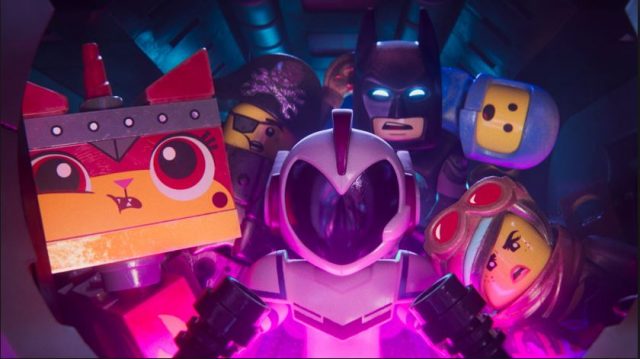 This Blu-ray set of The LEGO Movie 2: The Second Part can be found on Amazon for $21.90 USD. The LEGO Group provided us with a copy of this movie set to review. Sending TBB products to review does not guarantee coverage nor a positive review.