When it comes to collecting LEGO items, there are plenty of avenues to pursue. While vintage LEGO sets and gear are perhaps the most obvious choices, I prefer collecting LEGO ephemera. I have spent many hours scouting out old catalogs, brochures and instructions. Out of all the ephemera I have, period photographs of children enjoying LEGO sets are among my favorite pieces. Owning a retired set is enjoyable, but images from the past help contextualize LEGO products in a way a set alone cannot do. Photographs provide a window into the past when now-retired LEGO products were new, which is why I am sharing some of my favorite photographs with you! 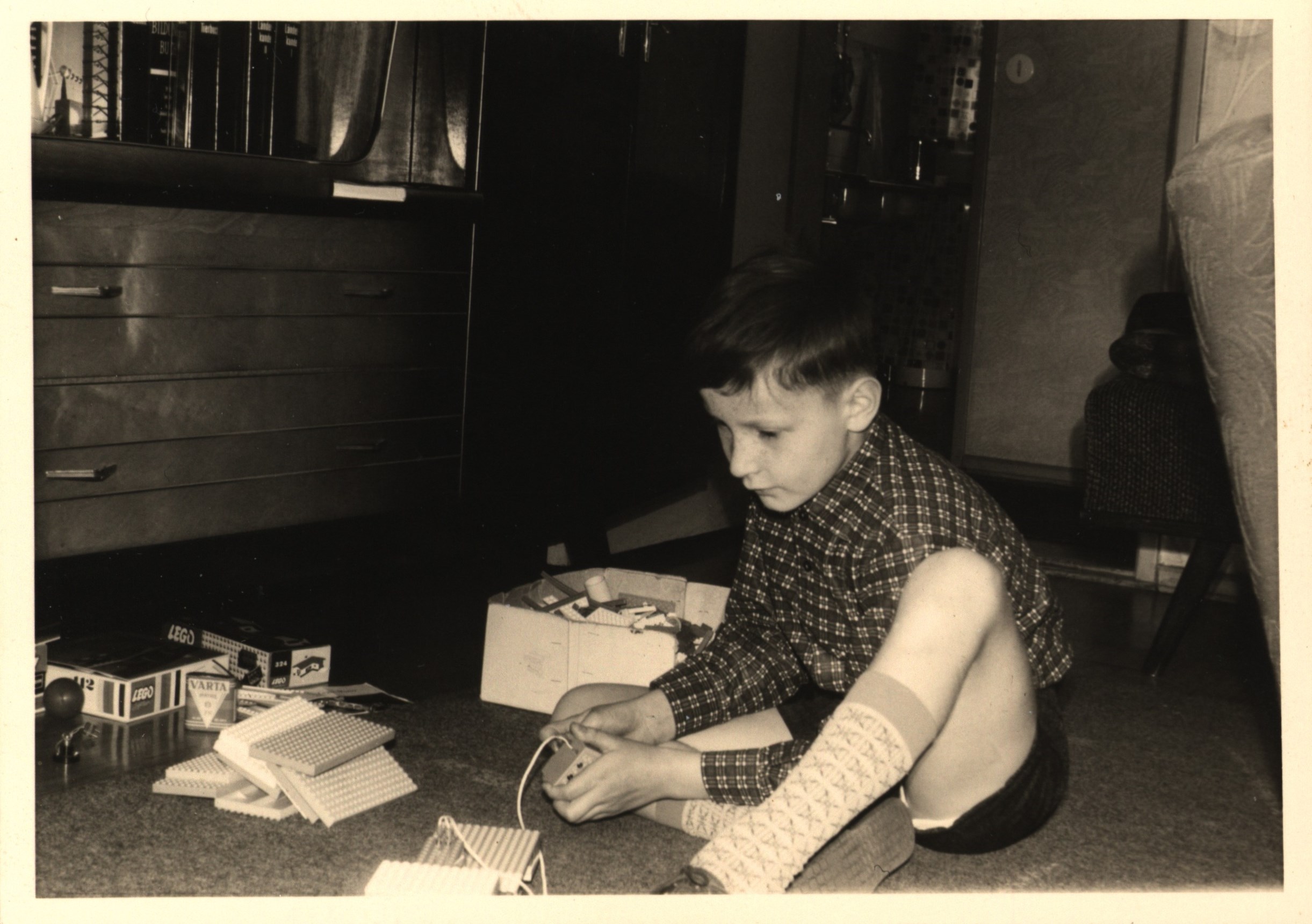 Here is one of those images that will make you exclaim, “aww!” This particular photo was taken in Denmark and likely dates from the 1950s. The little boy proudly sits behind his custom LEGO build, which consists of slotted bricks. Hollow slotted bricks were first introduced in 1949 as LEGO Automatic Binding Bricks and phased out by the mid-1950s. The slots were designed to hold thin windowpane elements. Slotted bricks were phased out by the mid-1950s, and the interlocking stud and tube design we all know today was patented in 1958. 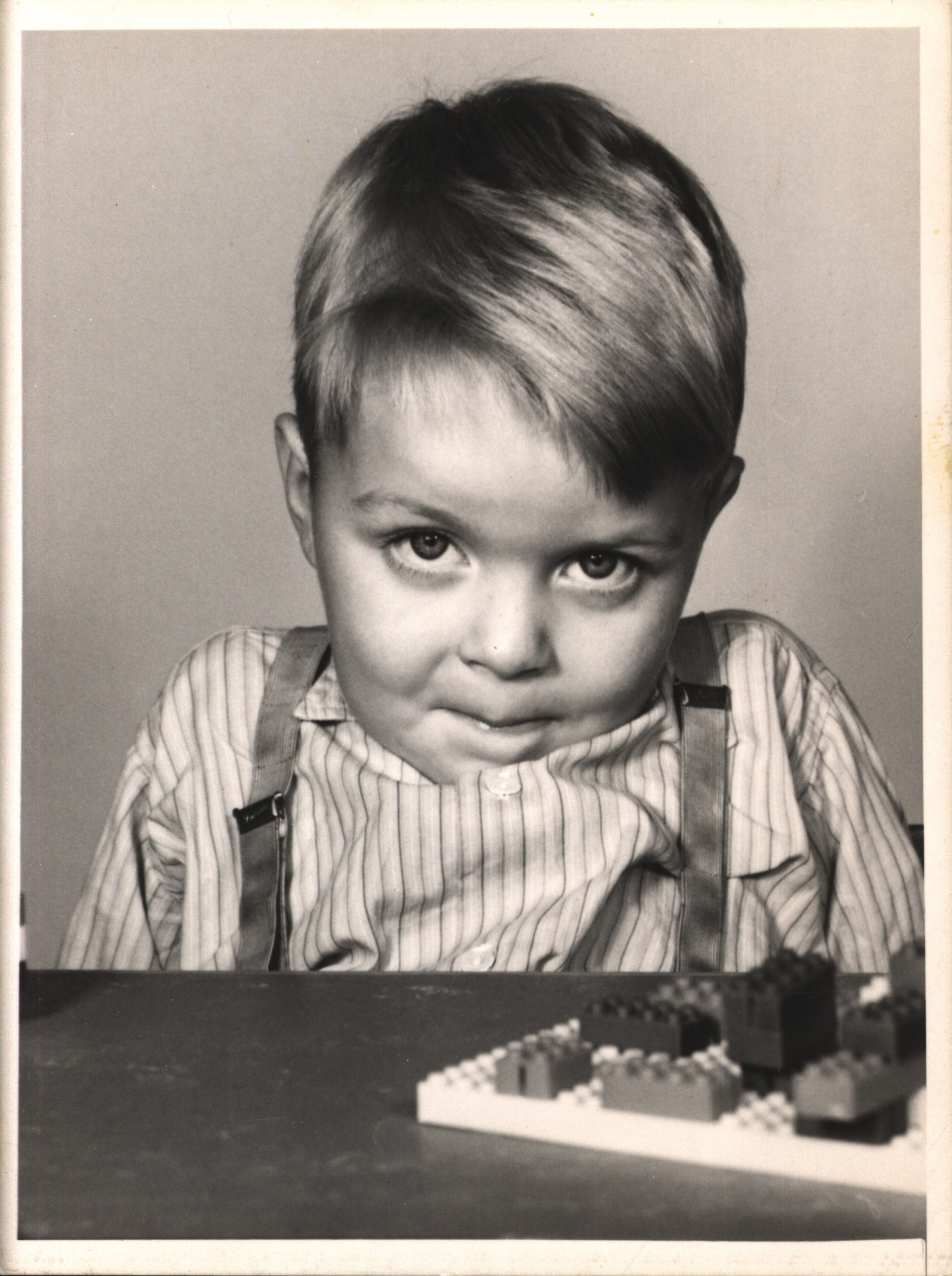 Equally heartwarming is this charming shot of a grandfather spending quality time with his grandson. Judging by the artwork on the boxes, the photograph was taken in the 1960s. In the decade prior, LEGO sets were often marketed as products for the entire family, including adults. As LEGO rose in popularity, this type of advertising declined as more focus was placed on children. Despite this, it certainly didn’t stop parents and grandparents from playing with their children. 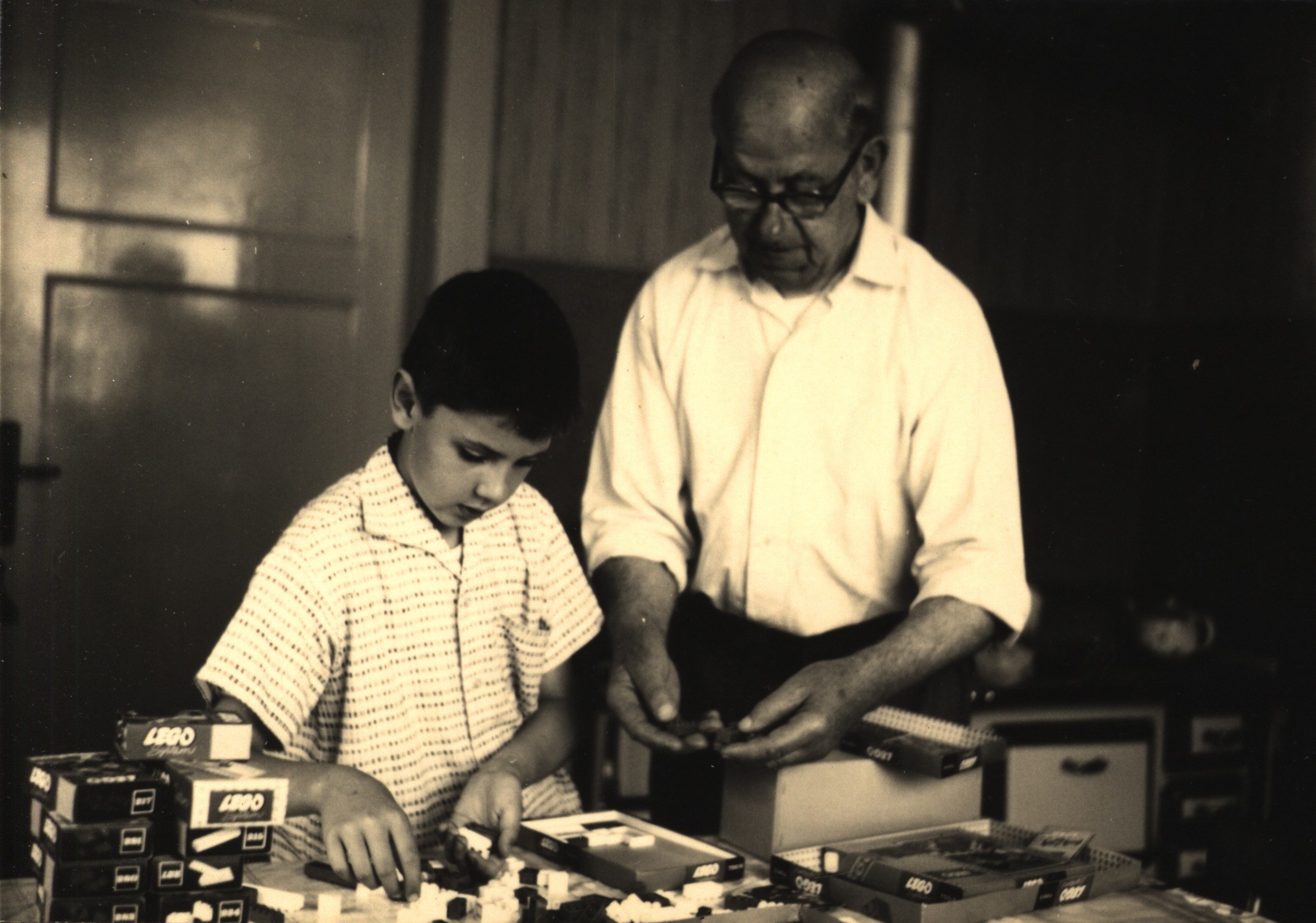 While the previous photo was taken in Europe, this one originated from North America. The scene as a whole is fun, with father and son bonding over set 605 Wheel Toy. Set 605 was introduced in 1963 to highlight the then-newly released LEGO wheels. Back then, Samsonite held the license for production and distribution in North America. Today, Samsonite is best known as a luggage manufacturer, but the company manufactured and marketed LEGO products in the U.S. through 1972 and in Canada through the late 1980s. 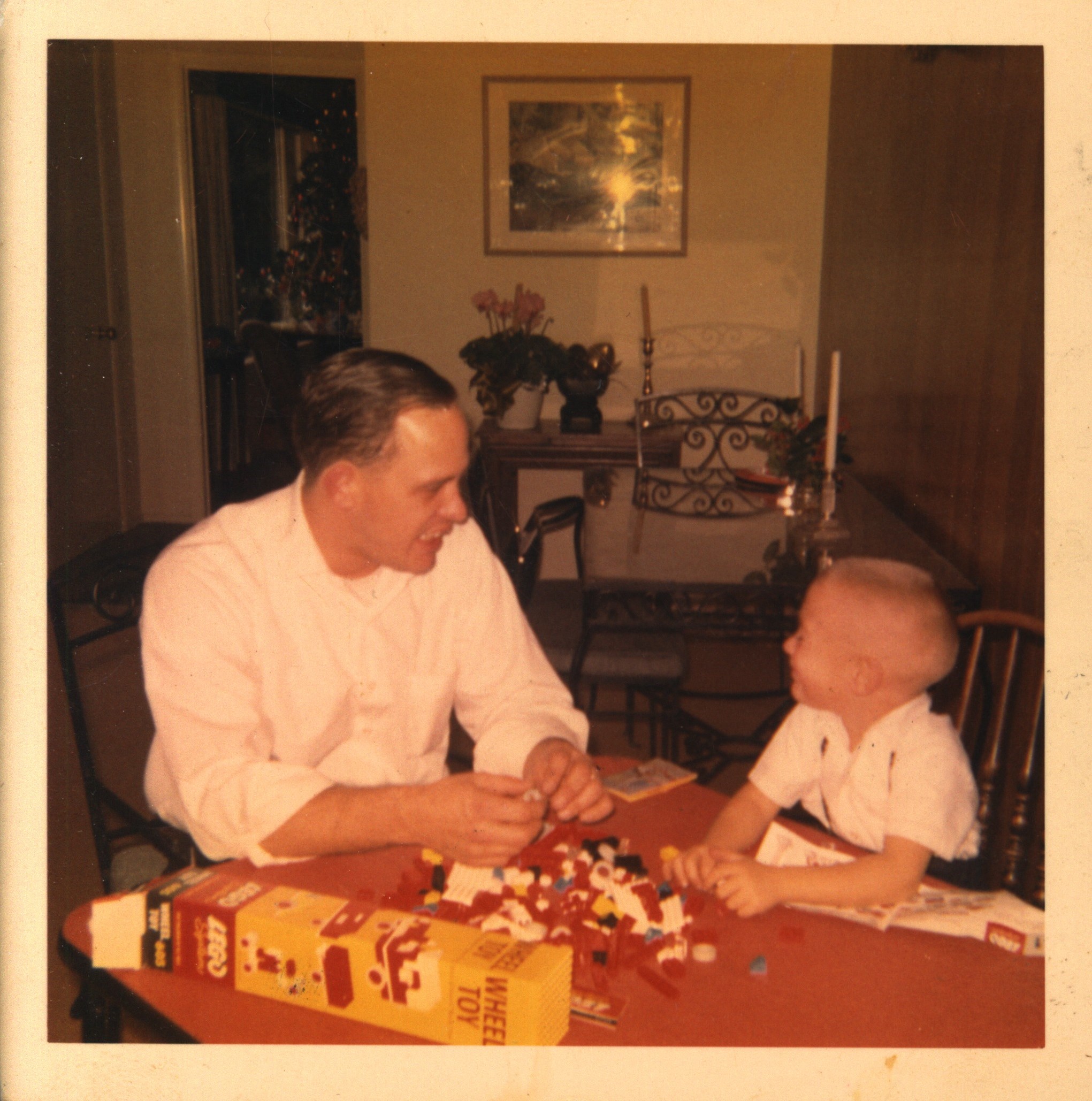 Here’s another North American photograph taken in January 1967. It features the Samsonite gears, which were first introduced in 1965. While the image of the teenage boy chewing on a LEGO brick is a horror for most LEGO fans, the little boy’s annoyed looking reaction is comically priceless. 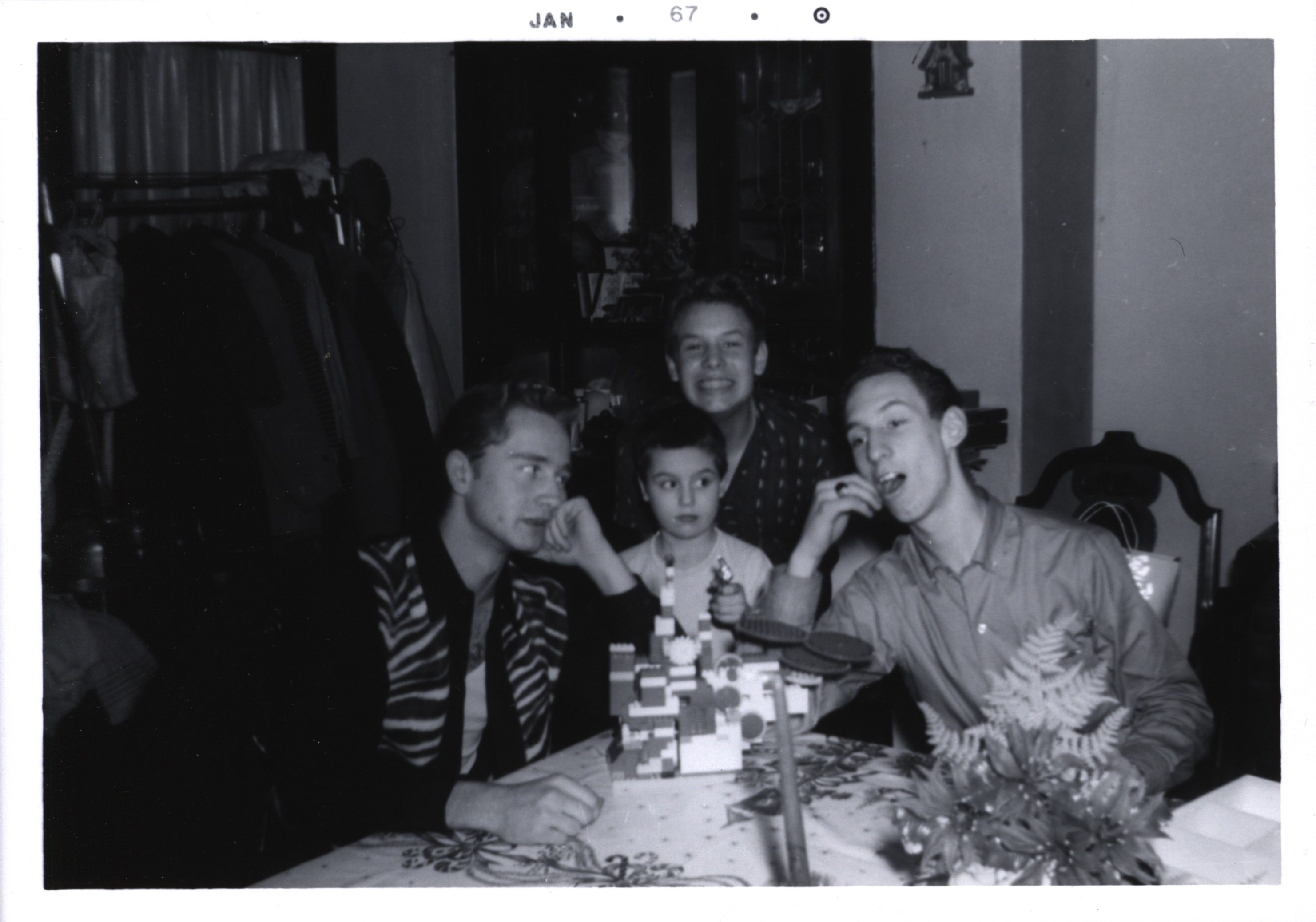 Flash forward to the 1970s and fly across “the pond” to England. This little chap looks blinded by the sun but proud of his little city, which includes a “swooshable” plane. Look carefully, and you will spot a rare granulated bush in the lower left-hand corner of the layout. Tiny plastic granules were affixed to plastic trunks to form richly textured trees and bushes. While more realistic looking than later LEGO trees, production of granulated greenery only lasted from 1970 through 1974. They were abandoned since it was pretty easy for children to dislodge the plastic granules, be it through heavy play or chewing them off. 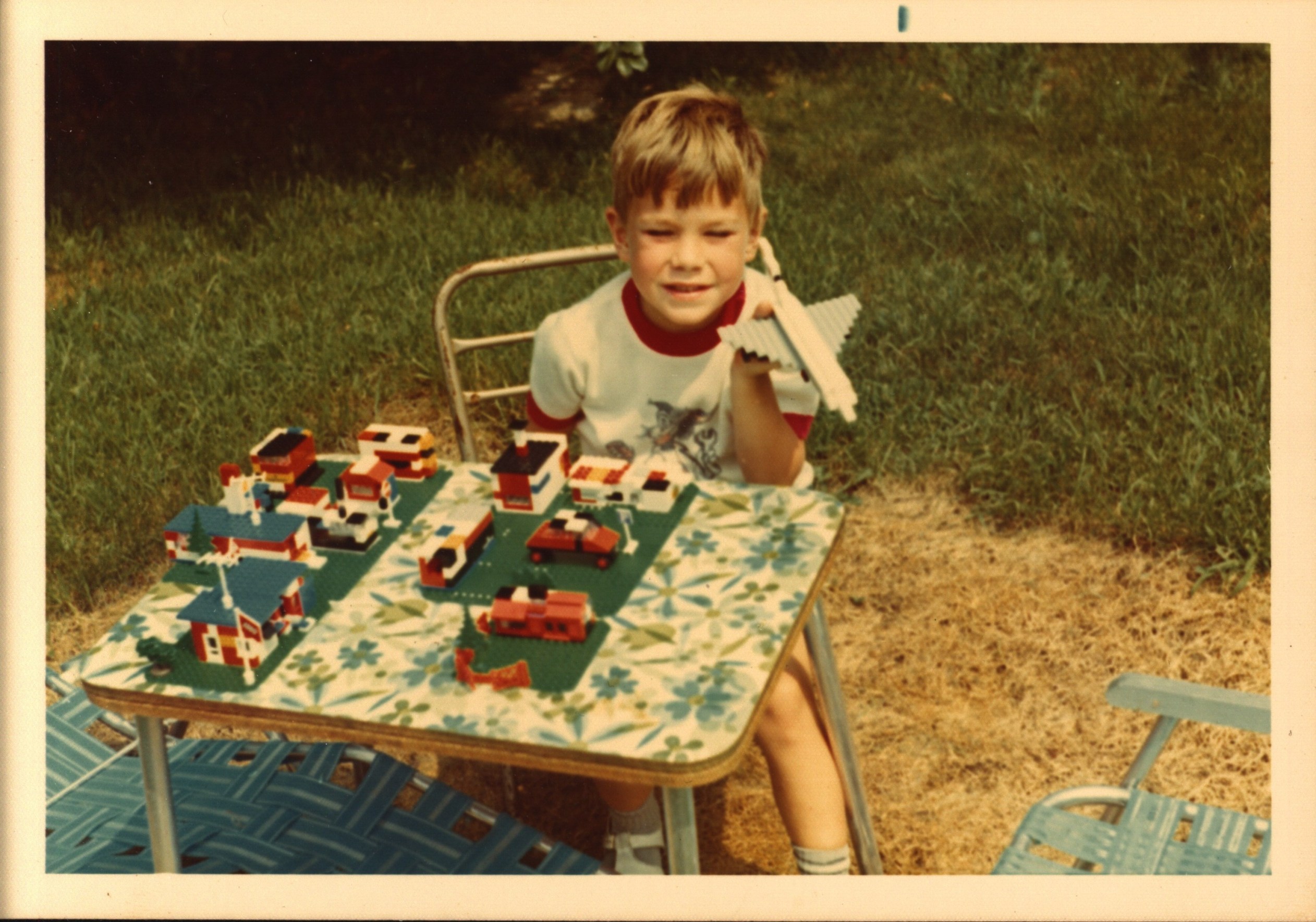 After putting the children to bed, gather your friends, a pile of Duplo bricks and some beer. The results may just surprise you. (Our friends at BrickCan can confirm – Ed) The Duplo pieces in the photograph appear to be in line with those found in set 089 Mary’s House, released in 1977. Perhaps they were trying to assemble an ashtray? 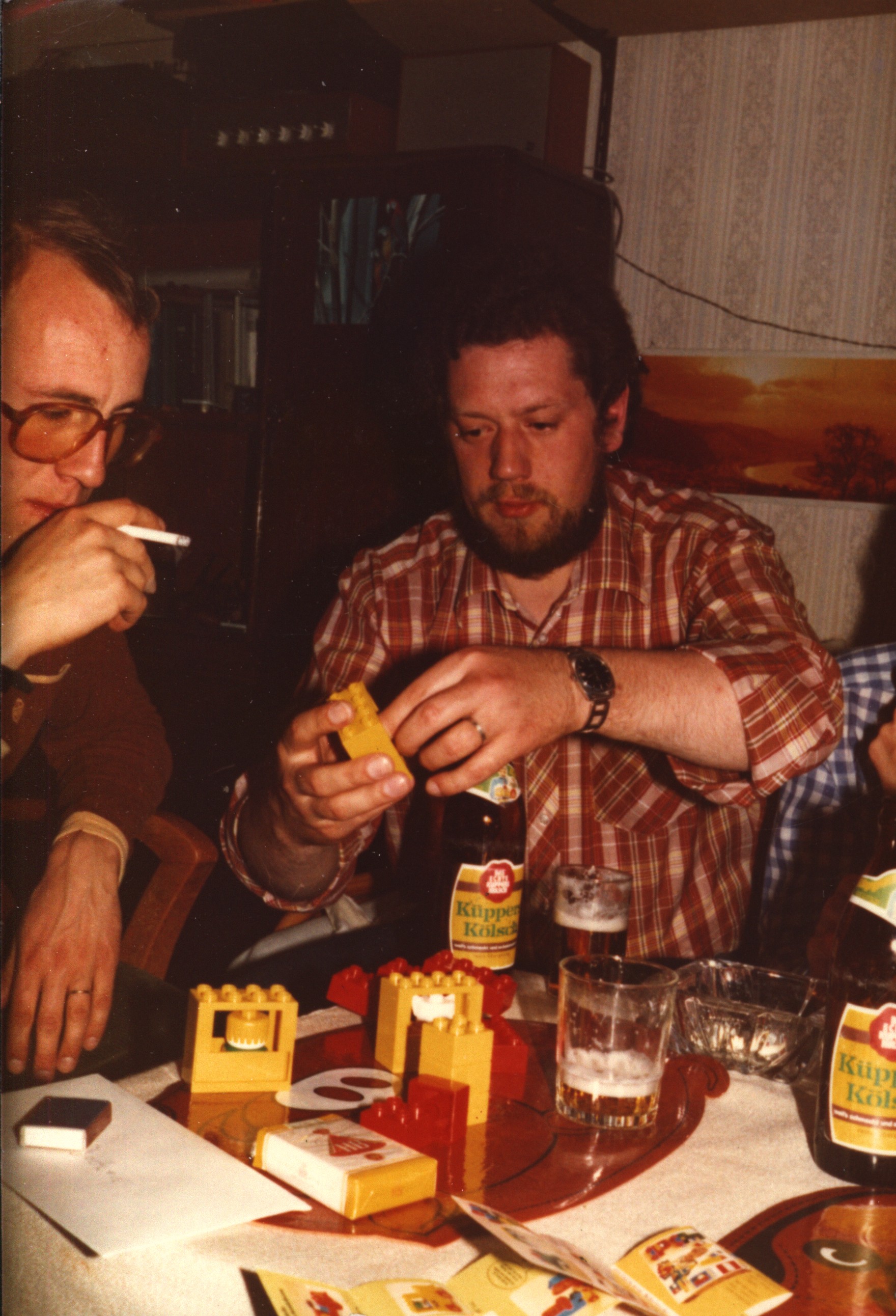 Next up is a French scene from Christmas of 1989. One lucky child received set 6285 Black Seas Barracuda. Back then, the imposing pirate ship was probably the most coveted set from the newly introduced Pirates theme. These sets also introduced the first LEGO minifigures with printed heads that deviated from the standard smiley face. Since then, the peg-legged Captain Redbeard has remained one of the most iconic minifigures. 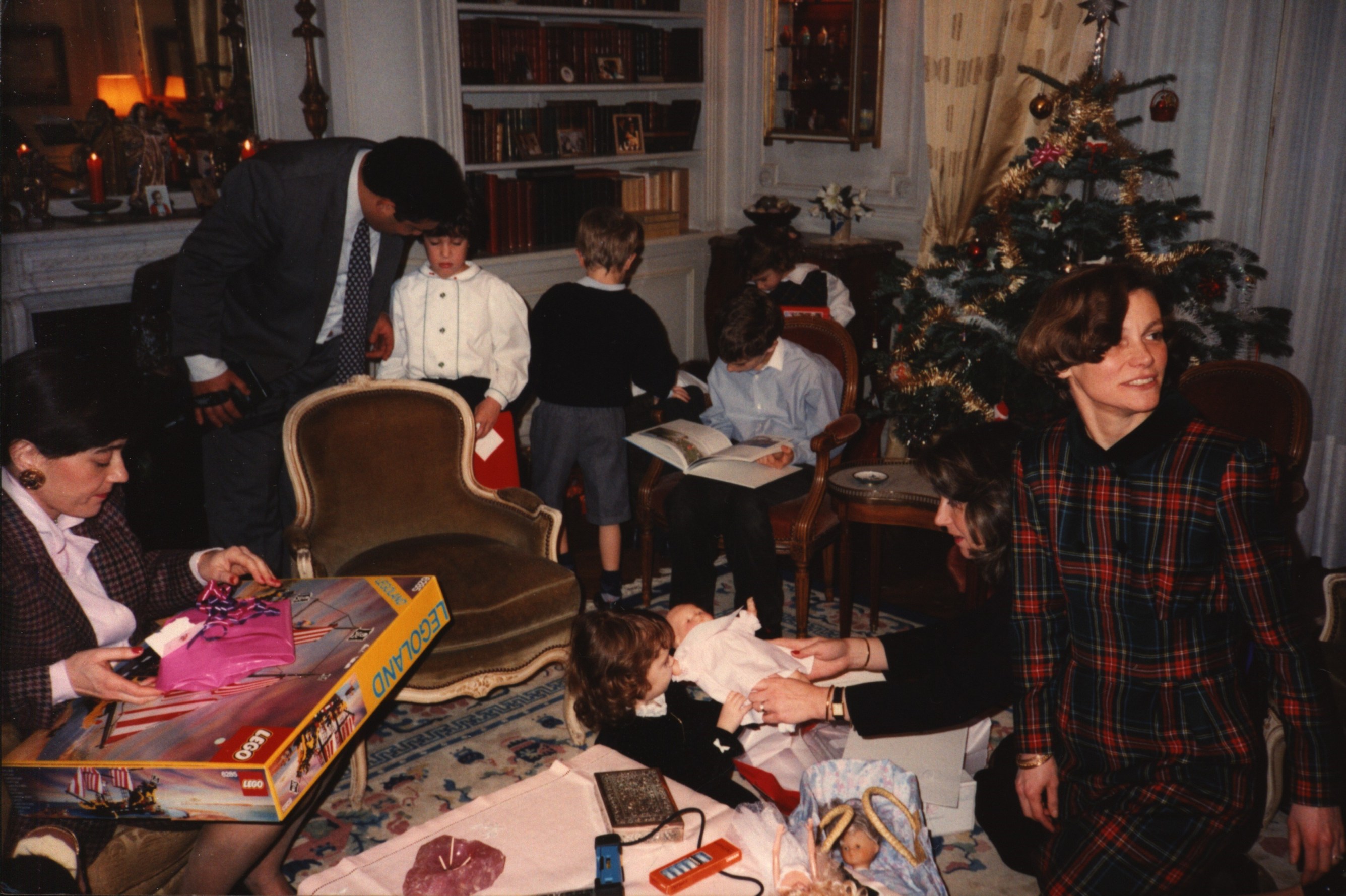 Set 6398 Central Precinct HQ was an impressive police station when it was released in 1993. Here it is being enjoyed as a holiday gift for the entire family! 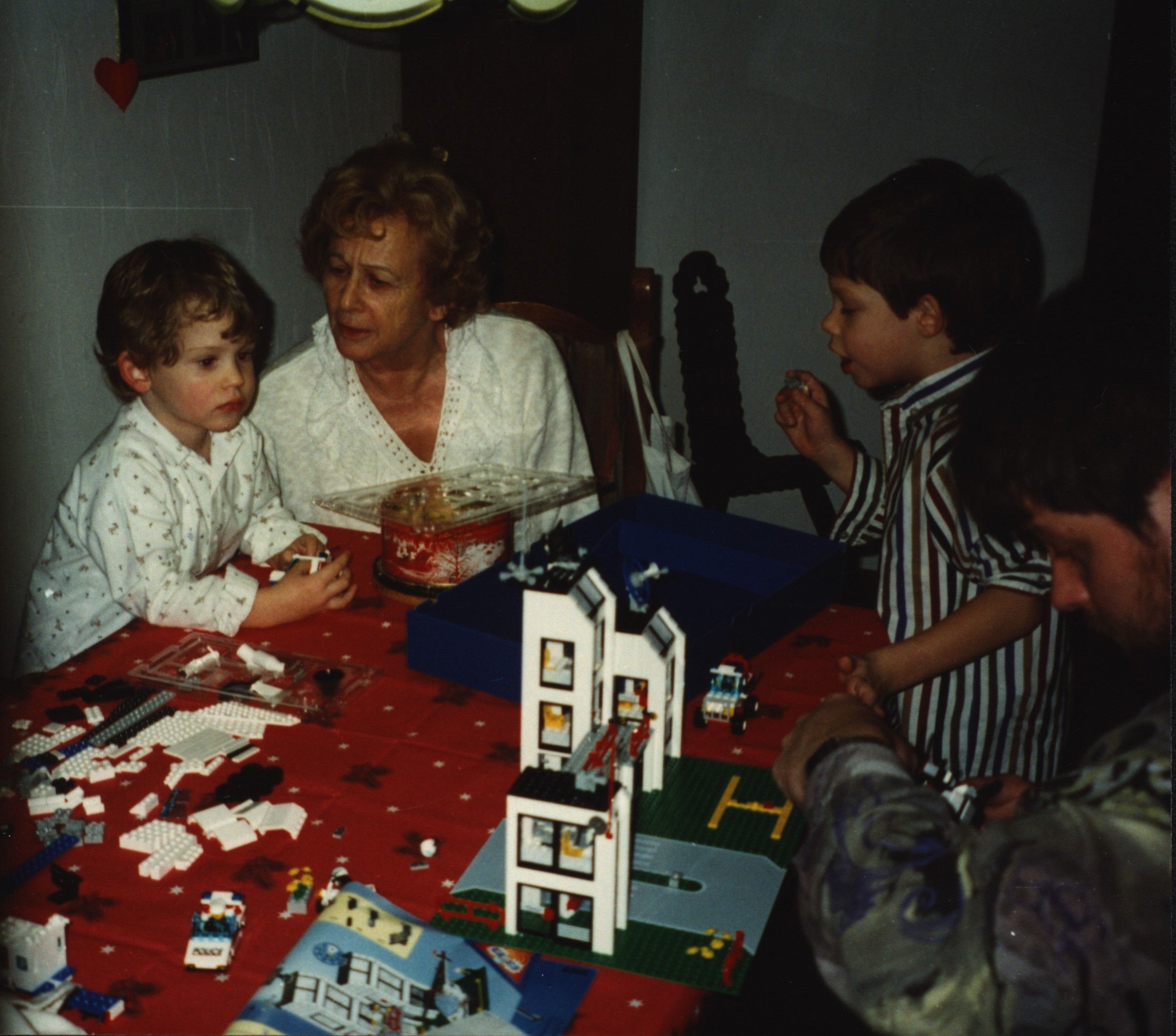 For more vintage LEGO photographs, be sure to check out the article I wrote on LEGO Star Wars builds before the first official LEGO Star Wars sets. Do any of our readers have favorite childhood photographs of themselves enjoying LEGO bricks? If so, we would love to see them!

7 comments on “A picture’s worth a thousand bricks: vintage LEGO photography [Feature]”