It’s hard to believe twenty years have passed since the release of the first official LEGO Star Wars sets. Unofficially, children and adults alike have been building Star Wars-themed models since the first film hit theaters in 1977. While many of these custom builds have been lost to history, some photographs of Star Wars models made their way into LEGO Club magazines like the UK’s Bricks ‘n Pieces and North America’s LEGO Mania Magazine. One of the earliest models I was able to find was this AT-AT walker from The Empire Strikes Back (1980). That movie was only two years old in 1982, which is when twelve year old Philip Dodge had his model featured in the Summer 1982 issue of Bricks ‘n Pieces. While the photography might not have aged well, his AT-AT looks amazing for having been built during the 1980s. 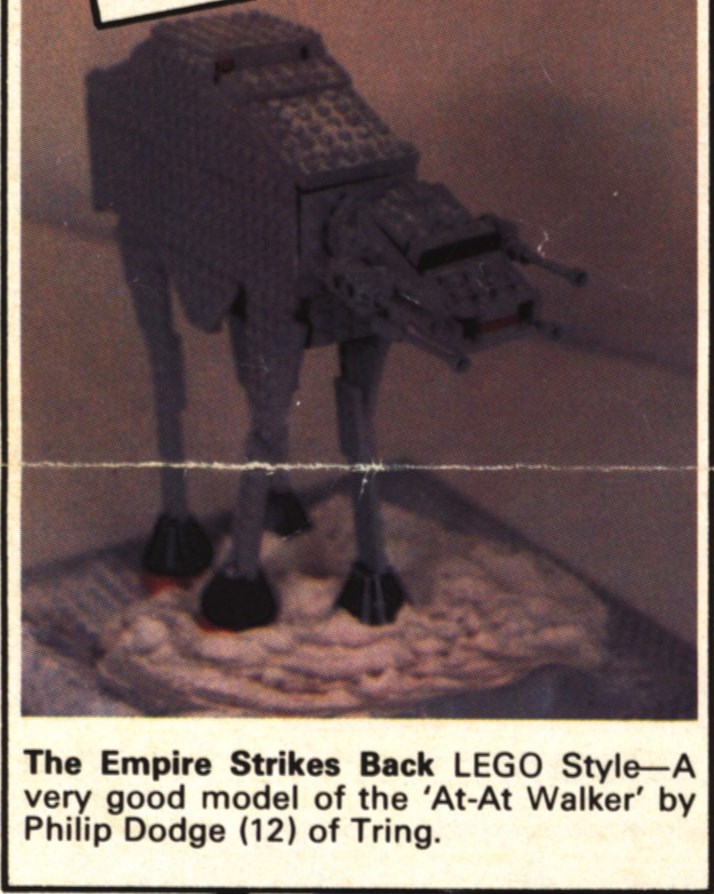 The X-Wing is the Rebel Alliance’s most iconic starfighter, which is probably why eight-year-old Alastair Stark built one for the Summer 1984 issue of Bricks ‘n Pieces. Alastair’s version sports the livery of LEGO’s Classic Space sets, which undoubtedly served for the basis of many early Star Wars builds. You can almost see a little bit of the Cosmic Cruiser in the cockpit but, unlike that particular set, the wings are hinged so they can open and close. 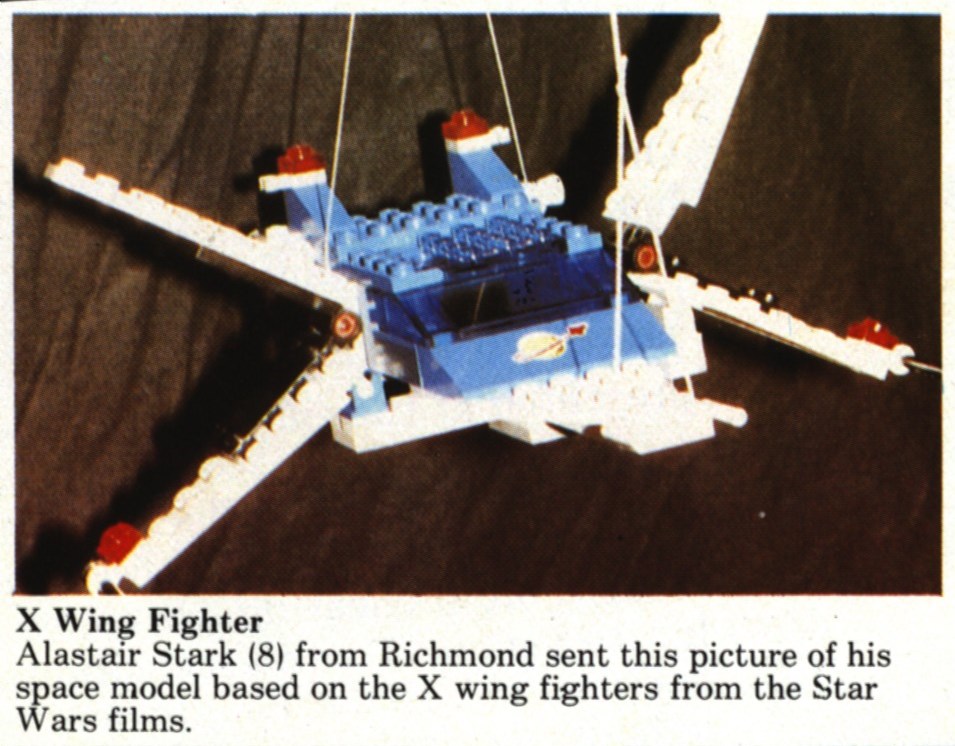 Black can be one of the most challenging colors to photograph, which certainly appears to have been the case with this 1990 photograph from the Autumn issue of Bricks ‘n Pieces. However, it’s clear enough to see eight year old Craig Davis’ Darth Vader figure. Vader’s cape appears to consist of 10x6x11 panels from LEGO’s Blacktron I Message Intercept Base. It seems especially fitting, considering Blacktron represented the emergence of the “Dark Side” in LEGO’s space theme. Craig gets additional bonus points from me for using the 32×32 crater baseplate. 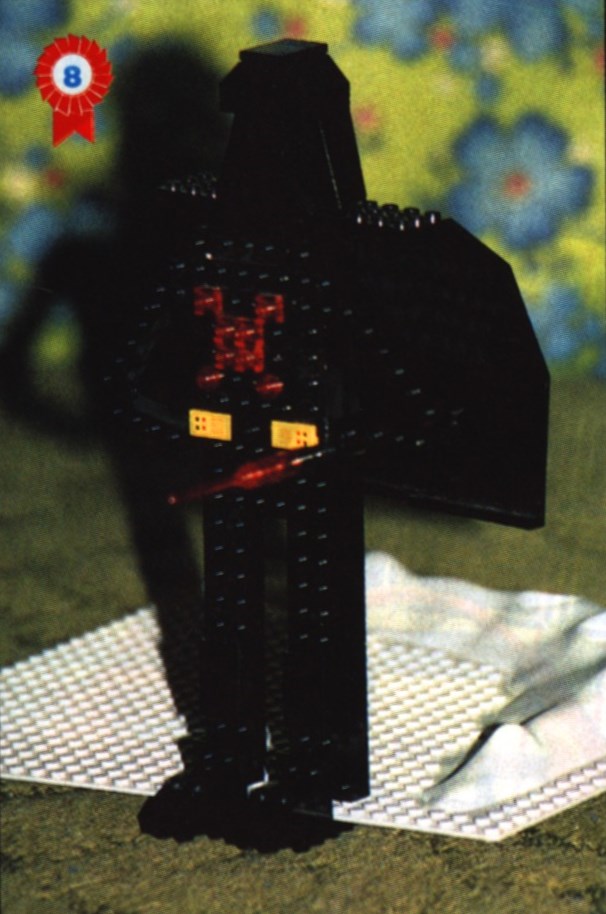 Jumping ahead to 1996, the July-August issue of the LEGO Mania Magazine featured this AT-AT walker built by Aaron Badis (9), Matthew Gantt (9), and Eric Badis (12). Like the AT-AT from the beginning of this article, this model looks particularly impressive for the time, considering light gray parts were not as abundant as they are today. Several parts were likely sourced from castle and space sets, with a few here-and-there from the town theme. There might even be a little bit of the Metroliner train in there! 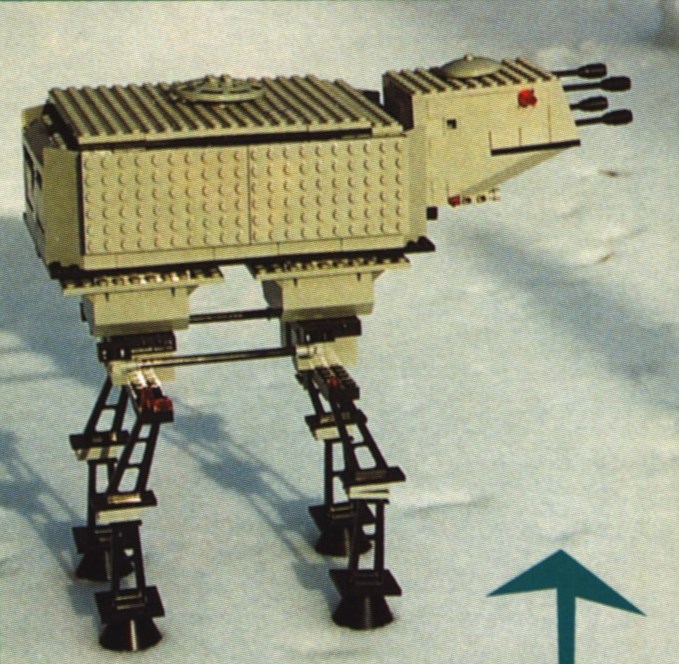 Skipping ahead to 1998, LEGO Star Wars sets were one year away from release. This unique-looking X-Wing built by twelve year old Matthew Fetke appeared in the May-June issue of LEGO Mania Magazine, and you might be wondering why it looks so wild. As it turns out, 1998 was the year LEGO introduced its UFO space sub-theme and this starfighter incorporates a lot of UFO theme parts. Inspiration for the model was likely found in the bi-level wings that appeared in many UFO sets. To a child, they look like a natural fit for an X-Wing. 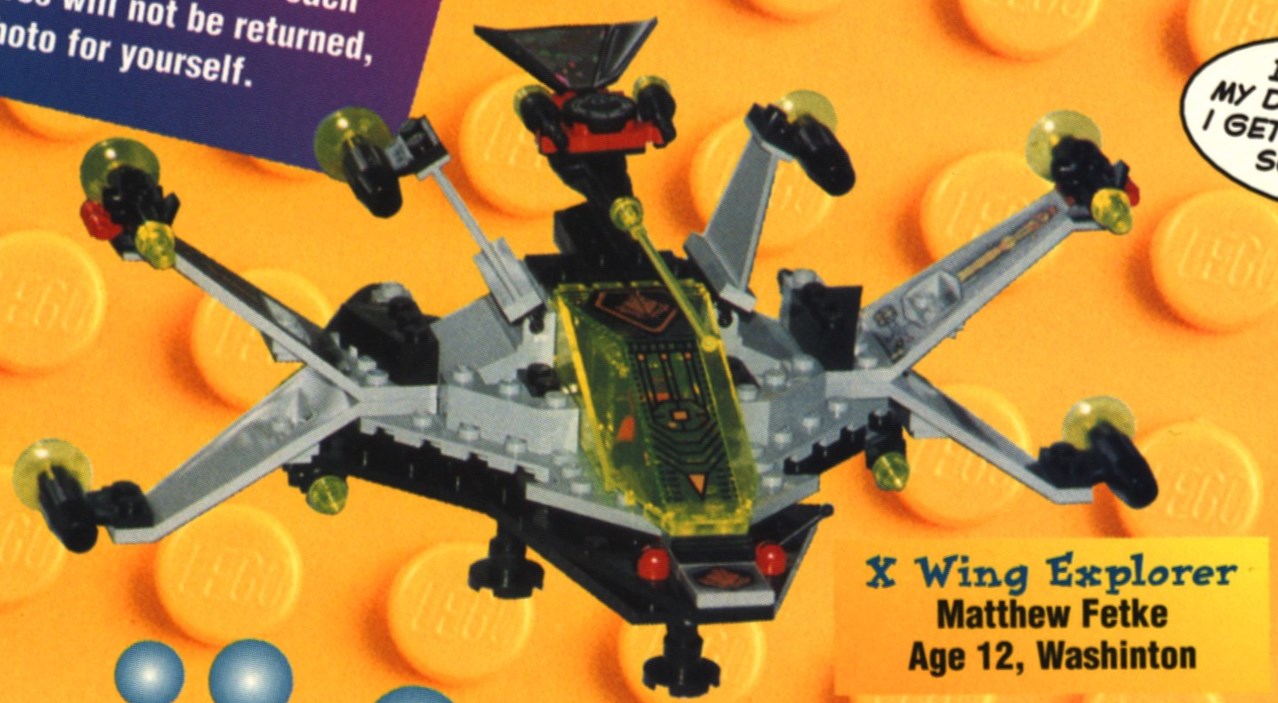 Were any of our readers building LEGO Star Wars models before 1999? If so, we’d love to hear more about your creations and see any pictures you might have taken!