As LEGO celebrates the 20th anniversary of the LEGO Star Wars theme, the LEGO House is featuring a special LEGO Star Wars exhibition. The exhibition, which takes place in the History section of the House, consists of two massive displays. The Brothers Brick is bringing you an exclusive look at the jaw-dropping LEGO Star Wars minifigure collection as well as an impressive Designer’s Choice display. 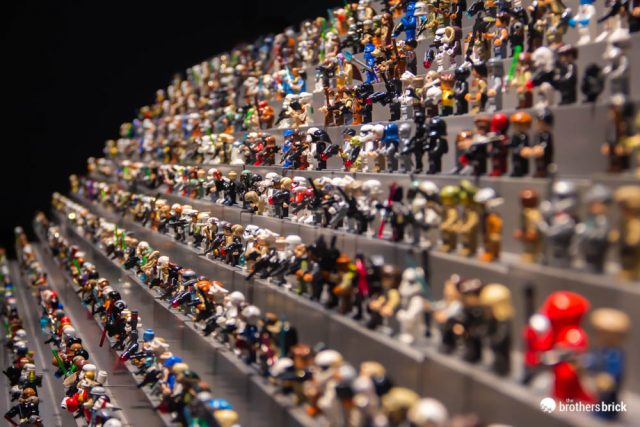 Even if you don’t collect LEGO Star Wars minigifures yourself, I bet you know at least a couple of fellow adult LEGO fans who boast a massive collection. Being aware of many fan collections, the LEGO House team brought together an ultimate collections of almost 1,100 LEGO Star Wars characters. The representative of the History section confirmed to us that the collection on display is a complete one and includes each and every minifigure from the very first Luke Skywalker as seen in the 7110 Landspeeder set up to his most recent anniversary version included in 75258 Anakin’s Podracer – 20th Anniversary Edition. 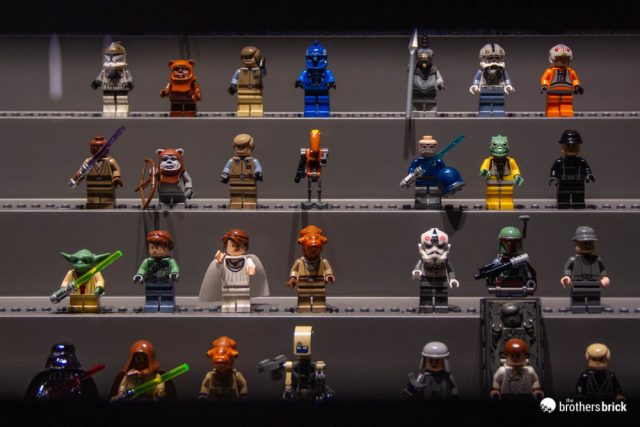 The most fascinating fact about the exhibition is that the minifigures do not belong to The LEGO Group, but rather were borrowed from a fan’s collection. However, all the newest minifigures from the 20th Anniversary Edition sets were provided by LEGO, as none of the sets were available in stores back in March when the displays were opened for guests of the LEGO House. 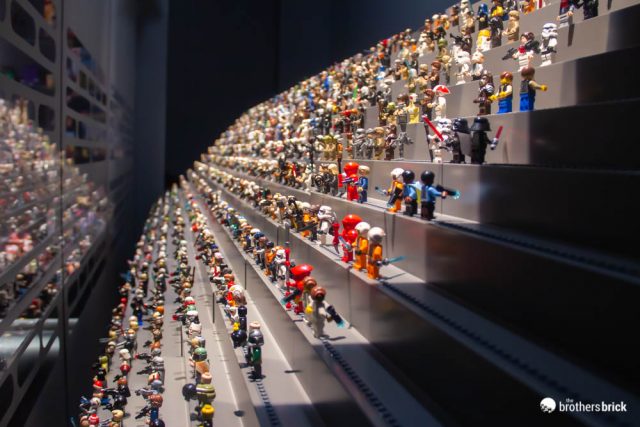 No surprise, such a massive display is totally worth spending a couple of hours examining every single character. We have also double-checked the collection for some of the rarest and hard-to-get items. For instance, both Yoda minifigures with “NY I Heart” torsos (one with gray hair, a Toy Fair 2013 Exclusive, and the other one is with white hair, TRU Times Square 2013 Exclusive) are here, which is quite impressive! 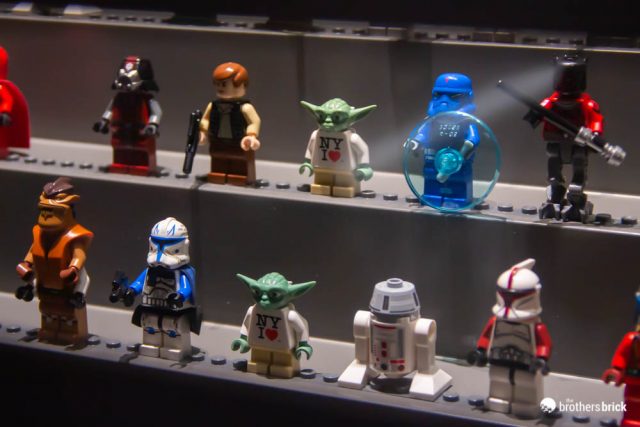 The way the minifigures are displayed gives a great perspective on the evolution of LEGO minifigures, both in terms of design and technological process. For example, it’s easy to see how few new minifigures were released in 2003 sets when the very first wave of microscale ships was released. 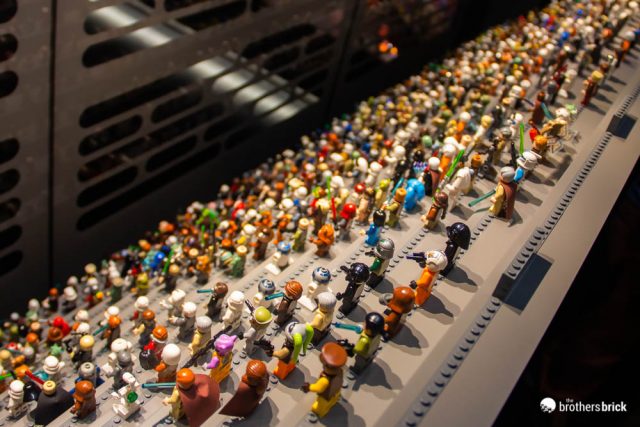 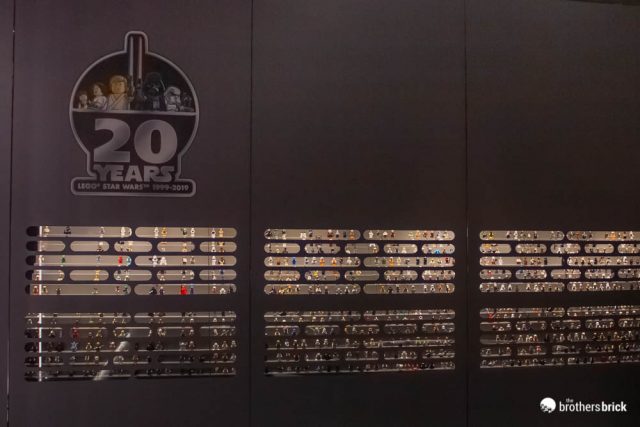 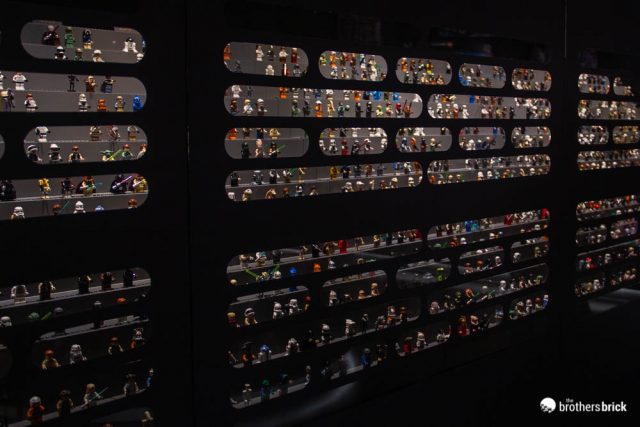 However, the minifigure display is not the only surprise for LEGO Star Wars fans. Right across the collection is another exhibition which is the Designer’s Choice display. It holds about twenty sets chosen by the LEGO Star Wars design team. 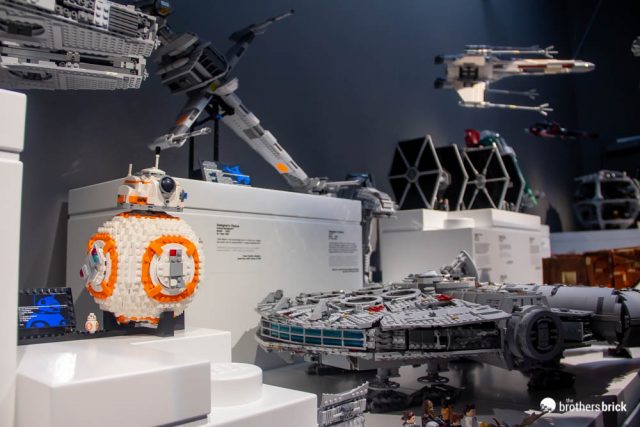 The sets on display are those that have special meaning to each member of the design team. Unexpectedly, you’ll find here none of the older LEGO Star Wars sets, although many of them have become iconic and loved by the fans. Nevertheless, it’s easy to understand the designer’s choice when you think about them as adult fans. Just like us, they love to build, and each of their projects is another custom creation — just like those we all build in our spare time. Of course, the requirements for their creations are much stricter, but each set is designed with love and passion. This is why the display features the latest versions of some of the most popular Star Wars ships and vehicles. 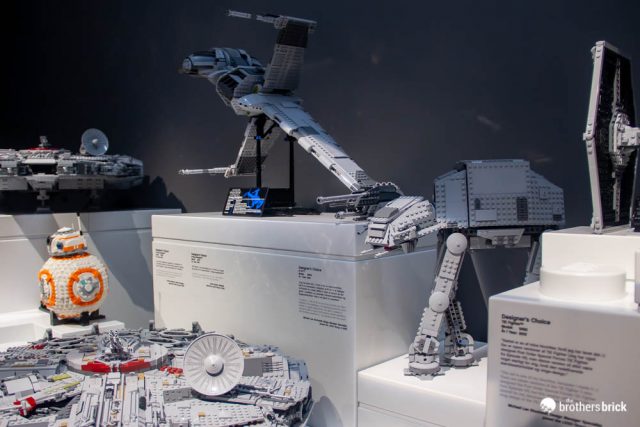 Short comments by designers placed around the display tell us why each set was chosen for the exhibition. It is funny how some of them are loved by the designers for advanced design features, while others are simply great for play and, thus, are loved by their creators. 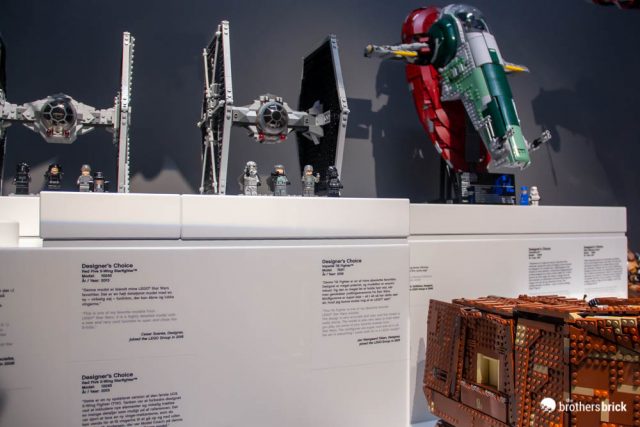 Both displays will be open to visitors to the LEGO House in Billund, Denmark through the end of 2019, so there’s still a lot of time to plan a trip to Billund.