The bright colours, cartoony style of pieces and cute anthropomorphic animal characters of Fabuland make for a perfect nostalgic base to build on. And boy do LEGO fans build on it! Here at The Brothers Brick, we have featured over the years fabuland Star Wars, pirates, The Hobbit and even Black Fantasy and Apocalyptic Fabuland. Zilmrud brings another theme to the collection with his over-the-top futuristic military creations sporting the cute characters in completely inappropriate settings. What would Ole Kirk Kristiansen say! 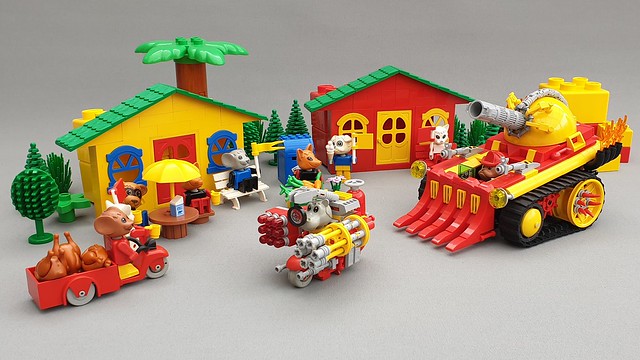 The builder combines cute DUPLO and Fabuland elements with an excessive amount of weaponry, with civilians in the background cheering the armed Fabuland forces. There are many iconic pieces included in the build, like original fabuland doors, windows and even benches! Of course it can hardly be a Fabuland creation without the figures and the bulldog fireman in the tank actually looks like a strangely appropriate choice… The below photo of a bunny mech stealing eggs is especially timely. The style of this one is more tailored to the bunny Fabuland figure than the theme as a whole, but still captures both the feeling of the original theme and what we are used to in mecha. The “chicken’s” nest is particularly inspired, using a DUPLO cupcake cup containing small shrub pieces as the nest’s material. 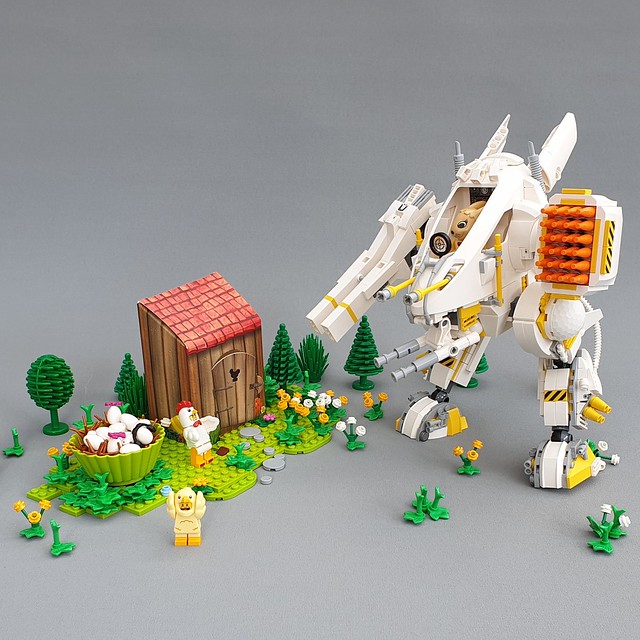