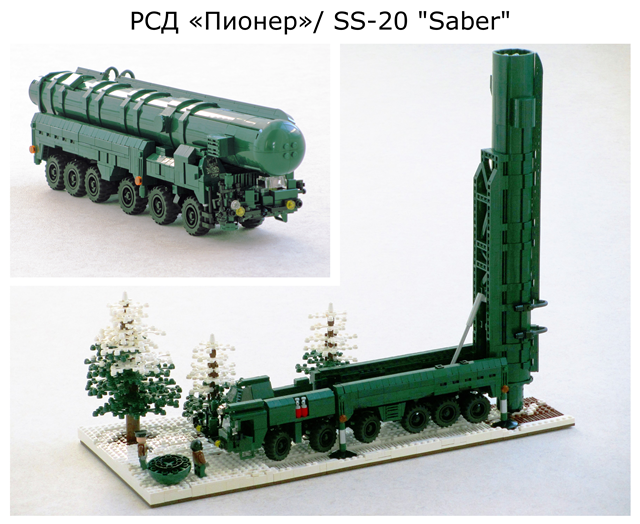 My diorama shows the launcher at a snow-covered launch site, with the missile cannister raised upright for launch. On the model it is almost solid, so there is no actual missile inside, but you can just see the tips of the three warheads. Unlike most of my models, it is minifig-scaled (I picked 1/43) and built mostly without visible studs. I built it for a Cold War themed collaborative build for BrickFair Virginia, in the coming August.

In the past I’ve been accused of glorifying war or of supporting one side or another in a conflict, but most of my models are things I simply happen to find interesting, for whatever reason. I usually don’t intend for them to have any political connotations. I certainly enjoyed building it and think this sort of vehicle is impressive. However, this particular model is a bit different in this respect too.

The reason I picked it is because we can learn something from its history. Its introduction triggered a potentially dangerous nuclear arms race. The US responded to the threat by fielding two new weapons: the Pershing II ballistic missile and the BMG-109G “Gryphon” ground-launched cruise missile. These weapons were also mobile, with launchers atop large tractor-trailer units. NATO planned to deploy them to several European countries, although this was massively unpopular with their populations. It caused so much friction between the US and Western Europe that it even threatened to split the alliance. 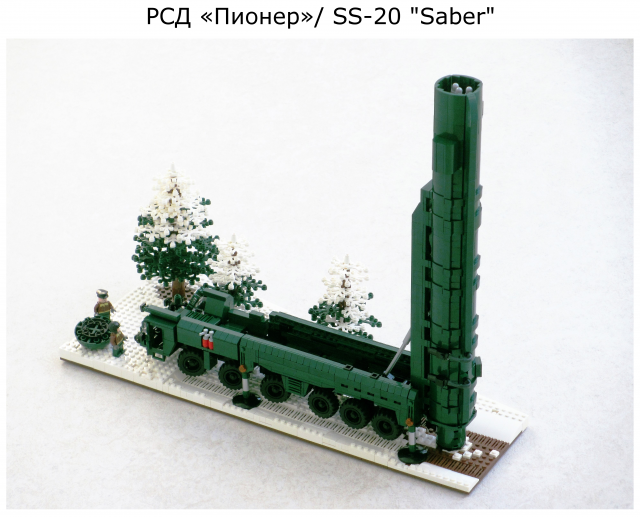 International relations are not a zero-sum game, in which one side winning means the other has to lose. Fortunately, both US and Soviet leaders grew to realise that they both had much to lose, found common ground and reached an agreement. In 1987 US President Reagan and Soviet leader Gorbachev signed the INF treaty, which banned these weapons. The few that remain today are sinister relics in museums. However, now the treaty itself seems destined to become a relic. It is a terrible shame that the lessons of the past are lost to the current US and Russian Presidents.