Back in the 1930s, Enzo Ferrari teamed up with automobile manufacturer Alfa Romeo to make history on the racetrack. Ferrari wasn’t in the business of making cars yet, but their famous prancing pony emblem was used on team Ferrari cars. One of the most famous team Ferrari Alfas was a 1934 P3, which won the 1935 German Grand Prix with Tazio Nuvolari behind the wheel. Thanks to Pixeljunkie, Team Ferrari’s P3 has been brought back to life in LEGO-form. There is some excellent visual storytelling here, with an intrepid female driver making a pit stop in the woods to admire local wildlife. Both the car and surrounding landscaping look beautiful. 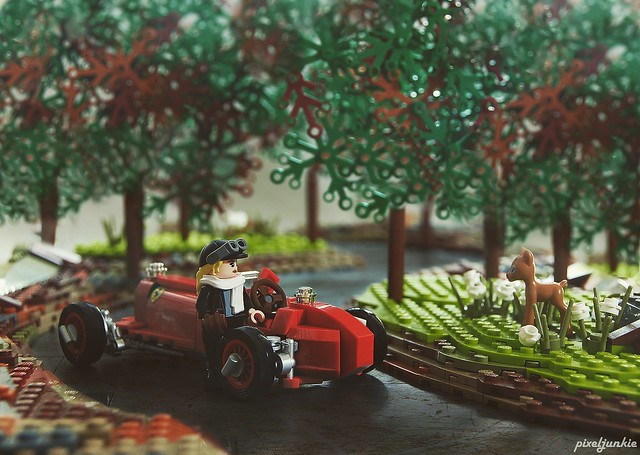 Like many of his other cars, Pixeljunkie places the Alfa in different scenarios. Here, we get a look under the hood at the expense of some engine trouble. Fortunately, the driver remembered to bring along her toolkit. 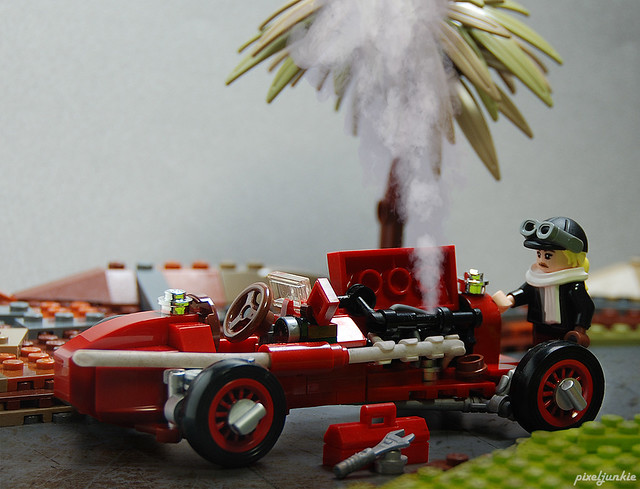 I particularly enjoy this playful image, which shows the driver’s reflection in the car’s rear view mirror. With the engine fixed, she’s ready to hit the road again! 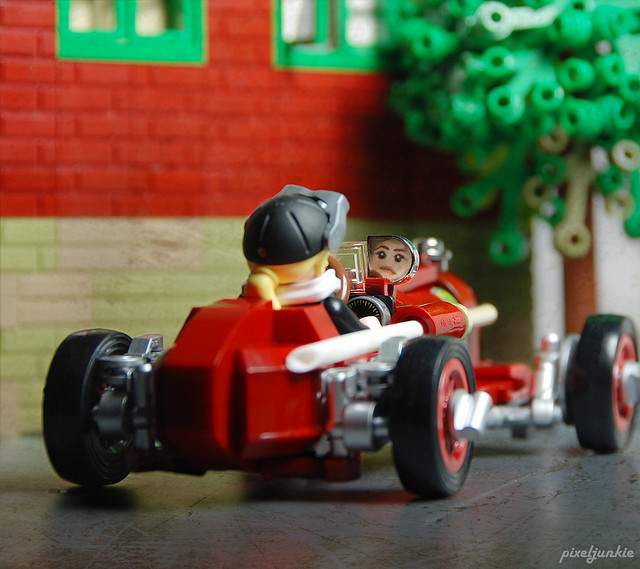 The Alfa Romeo P3 is just one in a growing number of cars built by Pixeljunkie and featured on the Brothers Brick, including a Ford Model T, Mercedes Benz W196, and Type 37A Bugatti.